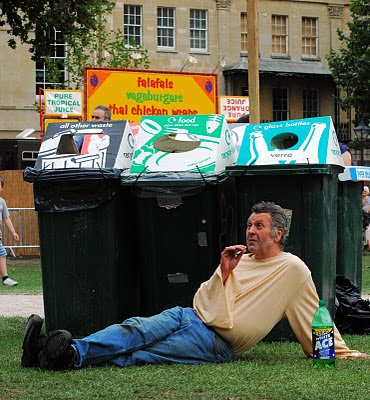 "the decor is unassuming, but the house white was agreeable"

I have learned that my idea of the Press Complaints Commission, as a club for white middle-class chaps who like to have a bit of a laugh at funny people who aren't like them, is in fact rooted in my own ignorance.

And that must be right, because Paul Dacre said so. And he should know, what with him being the editor of the Daily Mail and the chairman of something called the Editors' Code of Practice Committee.

I should have learned my lesson at the time, when I complained to the PCC about the Daily Mail's article about me, headlined "Would you Adam and Steve it? Transsexual wins £65,000 for taunts by P&O crew". The PCC found that there was nothing wrong with the headline, or the paper's gratuitous revelation of my former name. But the Daily Mail offered to write me a letter of apology, and indeed did so.

...the headline was not intended to be pejorative. The article is very positive to your case and fully reported the tribunal's findings.

Nonetheless, it is most regrettable that you were distressed by the piece.....

You see? The regret was not that they wrote something offensive, but that I should find it 'distressing' (which I didn't, of course. I just found it offensive). So it was all down to my imperfect understanding.

And evidently I shouldn't have done so.

Anyway, I see that Clare Balding has similarly made a fool of herself this week. AA Gill, who writes the Sunday Times restaurant column (well, to be accurate, he dictates the column. He's dyslexic) described Clare as a "dyke on a bike, puffing up the nooks and crannies at the bottom end of the nation."

Clare took exception to this, and was firmly put in her place by the Sunday Times editor, John Witherow, who said

"In my view some members of the gay community need to stop regarding themselves as having a special victim status and behave like any other sensible group that is accepted by society.

"Not having a privileged status means, of course, one must accept occasionally being the butt of jokes. A person's sexuality should not give them a protected status."

Well, quite. I'm sure that Mr Witherow wouldn't mind us joking about him, either, although it may be hard to fix on a characteristic that is intriniscally funny about him, as he isn't black, or queer, or a tranny; or, indeed, anything else that's particularly interesting. Though he did run a headline about Michael Foot being a KGB agent once. Which is pretty funny, but not in the ''heave half a brick at him" sort of way, sadly.

Just to be going on with, though, entering into the spirit of things, I could propose describing AA Gill as 'the dickhead with the dictaphone'.