a blackbird's song before the storm


The evening before the big storm hit us, the canal was placid, and we heard the first evening blackbird song of the year. Like finally breathing out, after the long-held breath of winter. Reminds me of coming home after a voyage this time.

The waypoints of the journey to summer are passing in increasing numbers; the woods are full of snowdrops now, and there was a single solitary celandine by the path as I cycled down to the river.


Last week I spent a few days moored at the top lock of the Widcombe Flight in Bath, a fine spot with a view across the city when it isn't misty. I watched one of the peregrines on the spire of St John the Evangelist, a spire so tall that it earned the disapproval of Nikolaus Pevsner - 'a demonstrative proof of how intensely the Gothicists hated the Georgian of Bath'. But the peregrines like it, and they've got a nesting box way up there. 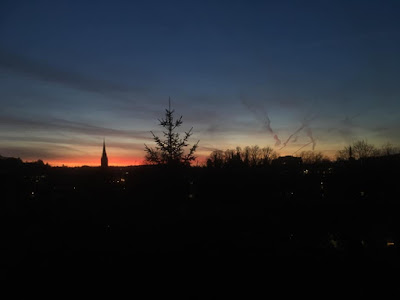 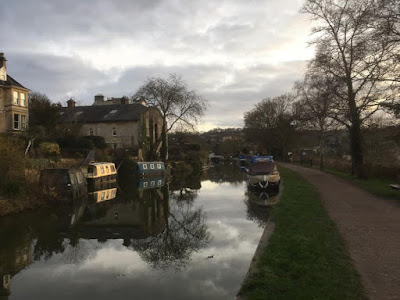 This was the westernmost point of the last year's travelling; I'm now heading very slowly towards the summer lands up beyond the Vale of Pewsey. Before I set off again, though, I filled my water tank. Had to thaw out the water point with a kettle of boiling water first, though. 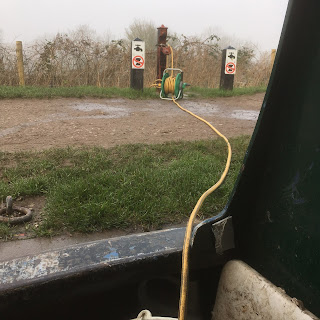 My new back garden looks up to Bathampton Down, across a field of sheep. 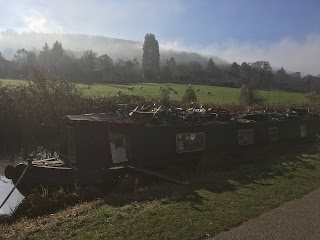 ...but this was the view yesterday, when the storm was raging