tea towels on a rainy day 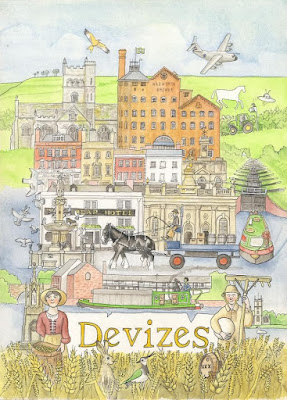 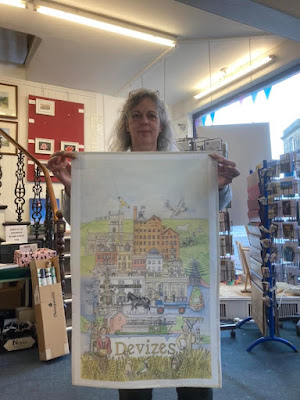 Jo Batchelor at Devizes Books called. "The tea towels have arrived!" So I got over there, and she was quite right. I'd ordered them quite some time ago, but there's been all sorts of difficulties this year for everyone, and they'd been running a bit late. Still, worth waiting for. This is the picture of Devizes that I did back in May, with the specific intention of having it printed like this.

Anyway, they're in stock at the bookshop, and in my Etsy shop too. Are tea towels a particularly british thing? -as in, getting them for the nice pictures on them? I can't say I ever noticed their local equivalents in my foreign travels, though everyone must need to dry their crockery with something. 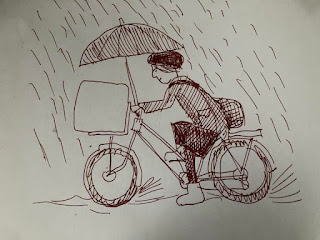 It was raining torrentially, on and off, all day, and my setting off back to the boat with the box of tea towels coincided with a particularly heavy one. Good job I had a brolly. I got soaked all down my back and legs, but the cargo survived unscathed.

Here's Eve, my boat, moored up in the rain. And the rather fine sunset I watched the evening before, over at Otter Poo Point. I played my flute but no otters appeared, though a kingfisher darted away in disgust. 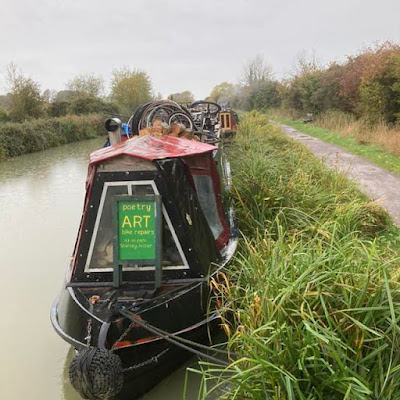 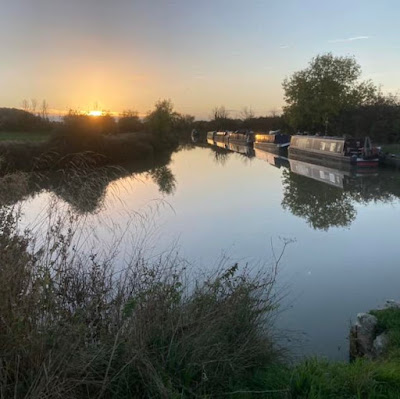 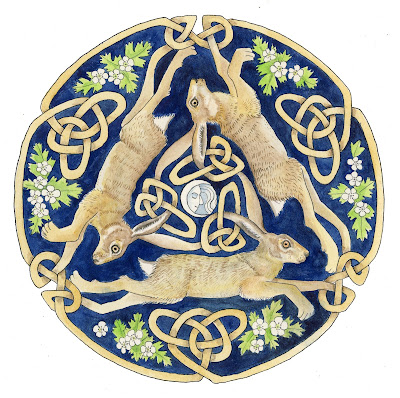 Returning to the endlessly interesting matter of depicting three hares with three ears between 'em, this is a picture I've been thinking about doing for absolute ages. I figured it would be interesting to add celtic style knotwork to the ears of the three hares. And then spent weeks (not uninterrupted weeks, you understand, I did do other stuff as well) goofing around trying to make it work.

Anyway, having got the basic pattern sorted, I used a lightbox to juggle three cut-out hares and trace them, and...

now it's done. I'm quite pleased with it. There's the moon in the middle, and May blossom around the edges.

I've got the picture available as greetings cards and high-quality giclee prints, over on Etsy.