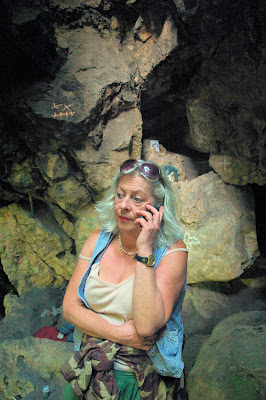 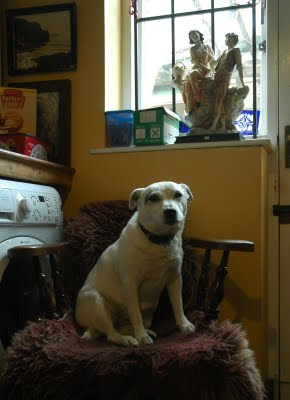 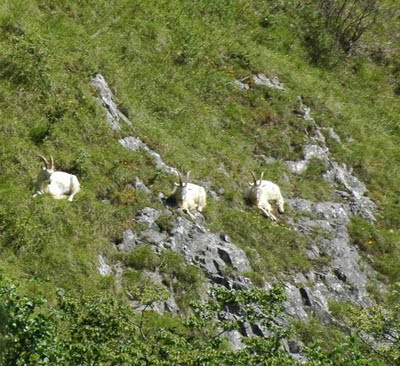 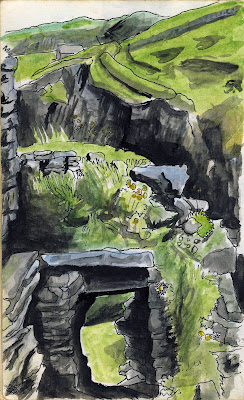 Walking across the island,
We pass a mower in a tiny field,
Scythe swooshing, half the hay cut.

Over the dazzle of the water,
Fastnet is a finger held high
for a breeze that isn't blowing.

Back along the boreen,
The mower sleeps in the windrow,
Half the field still waiting.

Uploading a few more sketches. This is a ruined castle on a very-nearly-island on the coast of Clear Island, County Cork. We scrambled over to it, and sat up in the ruins. Fastnet Rock, with its lighthouse, is visible to the south of Clear Island.

Anji mentioned the poetry of the Shipping Forecast. This is a quick go at evoking that afternoon. We were there a week or so after the Fastnet race disaster. The storm had passed, of course.

Just listening to the Inshore Waters Forecast on the radio, paying special attention to my local sea area, while finishing my first cup of tea and getting ready for a new picture. An early start. The garden blackbird is getting lazy, and didn't start singing till just after 4 o' clock today.

I was hunting out some reference pictures in my big box of paintings, and dug out this sketch. And, since it's so different to the scene from here this morning, I thought I'd scan it. Working on the Karen Bravo, a Western Geophysical seismic survey ship, in the North Sea, we'd often run for shelter in the firths of the Scottish east coast when the weather brewed up. Here we are, anchored off Fraserburgh on a wild night in January (I think), 1983 (ish). This is the view from the bridge; over there are a couple of small ships, also sheltering. We'd sit up late, partying in the cabins, and then there would be a hush as we tuned into the after-midnight shipping forecast. "Viking, Forties, Cromarty, Forth, Westerly, Force 10...." and there'd be a cheer, and we'd go back to partying.
Posted by Dru Marland at 05:27 3 comments: 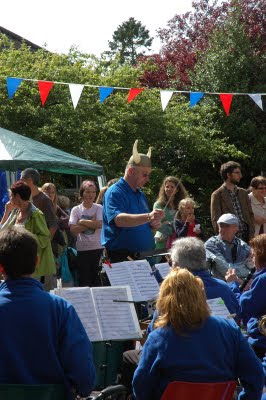 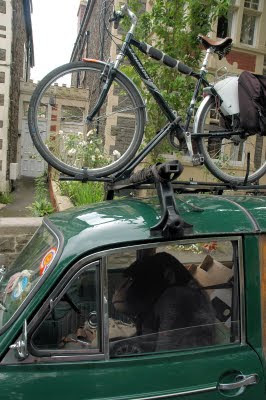 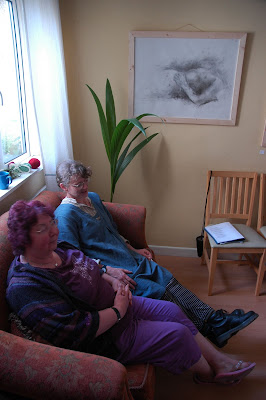 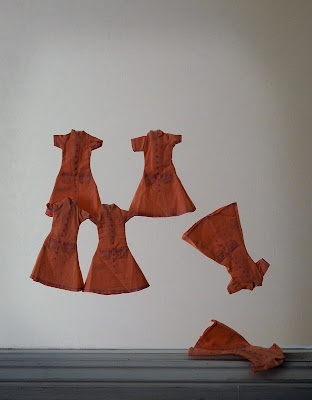 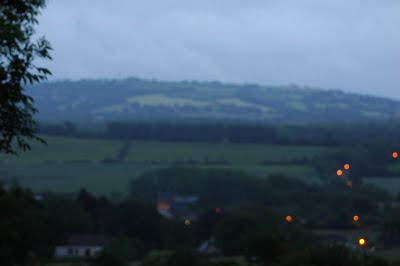 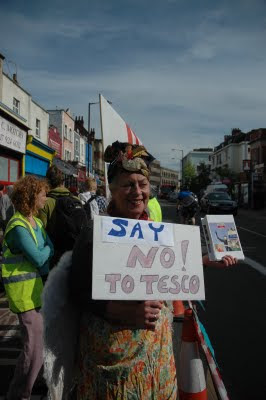 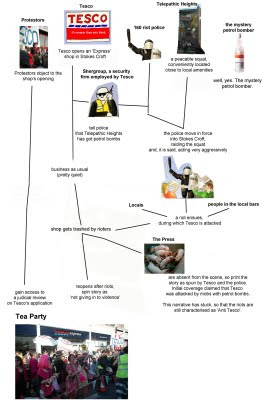 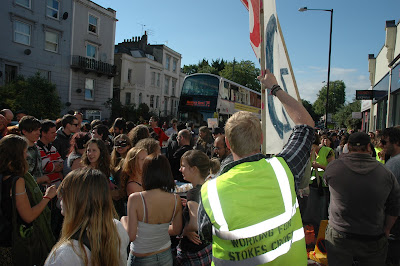 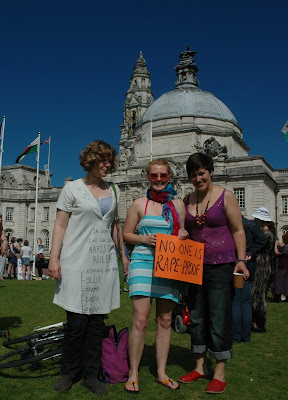 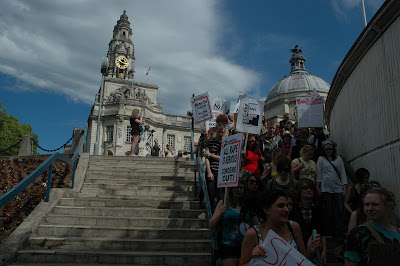 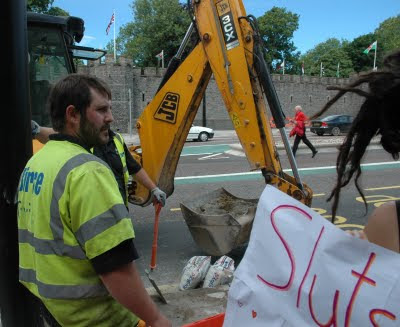 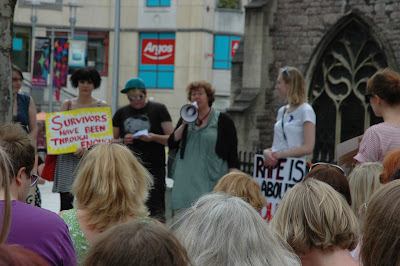 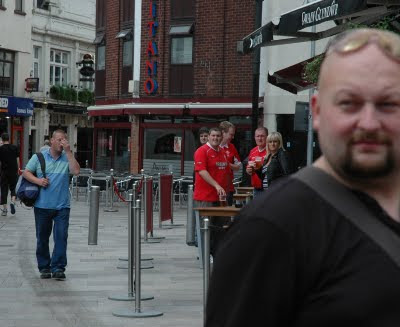 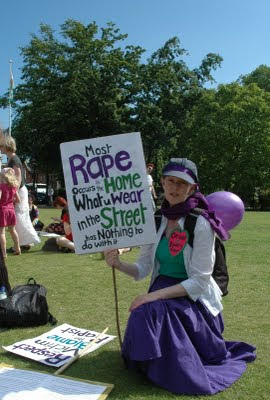 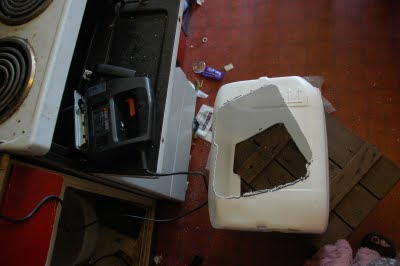 The other day, I caught my skirt in the back brake of my bicycle, and spent a while stuck there while I dismantled the rear brake using the multitool that I providentially had in my bag. As you do.

It's not the first time it's happened, either.

So I thought it was about time to do something about it.

I started with one of those plastic 25 litre drums, the sort you can (well, I can) easily get from a skip.

Then I made a cardboard template, checking the fit on the frame.

Then I cut out two pieces, cleverly using the curve of the drum to make an inwardly-curving forward edge on the guards.

And then I installed them, using tie-wraps. 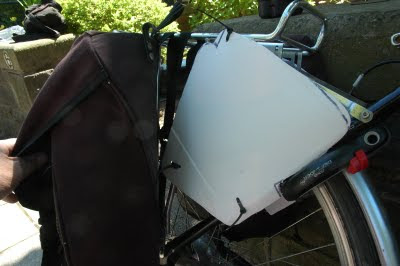 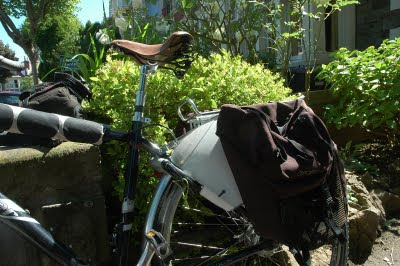 If they work well, I'll prettify them a bit. Maybe. 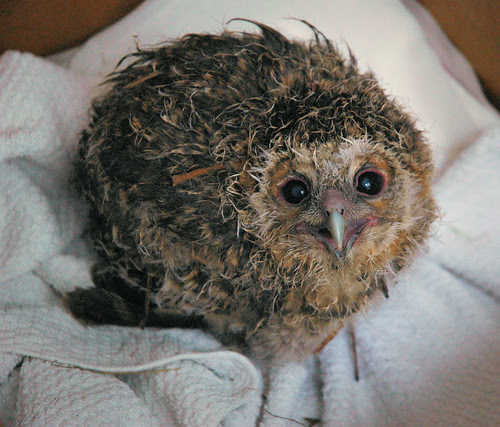 Tanya from down the road came round the other day. "Come and see; we've got a baby owl," she said. So I did.

Someone had seen the young tawny owl being mobbed by crows on Durdham Down, and rescued it. And then knocked on the first door they came to, which happened to be Tanya's. And she is a good person to go to when you've got an owl in need of help. The RSPCA were called, and decided that the Downs here are too busy and dangerous for a young, adventurous owl, so off it went to a rescue centre near Taunton.

It was a very lively owl, as you can perhaps tell from the picture. Young owls do like to wander.

There is a lot about owls that is interesting. Here, for a taster, are 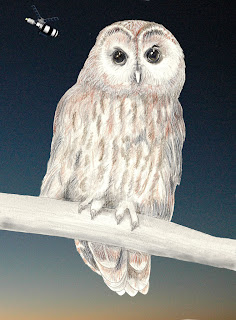