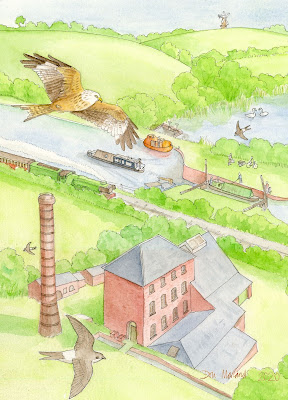 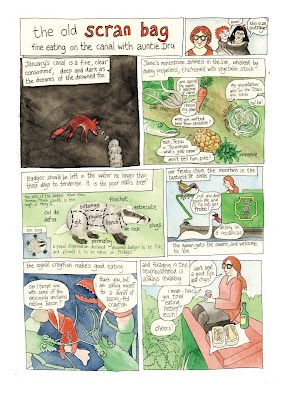 when you wish upon a bug

I was worried that I'd been oversensitive about the Mansplainer yesterday; maybe I'd imagined it?

He and his partner had popped round for a bike. They're stuck on the canal because of the lockdown and I'm lending them one, that I rescued from the bins. It's basically sound but with a couple of things need sorting. And I'd been told he's practical.


I'm showing them the bits of the bike that need a bit of fettling and he starts explaining it to me. I'd had one of Those Days and thought O just SHUT UP.

Maybe I'd imagined it...

Fortunately he came back to set my mind at rest.

Fair play, he's happy to have a go at the mechanical side of things; they'd got hold of a second bike and set off for Bath; but a perished tyre burst, so they returned, holding the hole in the tyre together with gaffer tape.

So I dug out a tyre.

He said in passing; "I moved the brake lever on the folding bike over to the back brake, cos it's safer" (one of the brake levers was broken, you see)

I may have raised an eyebrow just a little.

Never mind, it was worth it for the entertainment value.

Up on the Wharf, I finished installing the bilge pump in someone's cruiser stern engine bay. It needed a fuse in the circuit, and I'd not plumbed in the overboard discharge because I wanted to get the water out safely; to do that you pump it into a 25L drum, let it settle, then syphon off the water *if* there's any oil on the top. I'd got about 125L of water out, and thought that would do for the moment; the council dump is closed, and there's nowhere to dispose of dirty oil at the moment.

But you need an operational bilge pump, especially on a cruiser stern, in case there's a flooding in the engine bay.

Anyway, I finished the job, and he was v cheerful about it in a slightly-three-sheets-to-the-wind sort of way. I cautioned against using the pump other than in an emergency.

As I left he was clicking it on and off, happy as Larry and for all the word like Eeyore with his toy balloon. 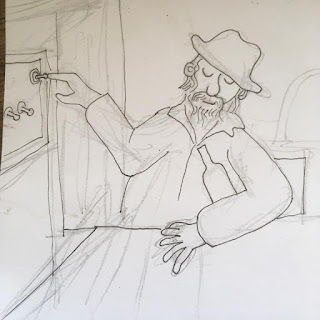 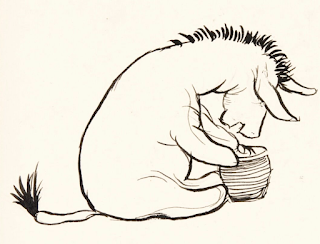 The gnats are getting very bad. At bedtime I found them swarming into the cabin out of the engine room through the gap in the door, like bats out of a cave in an Indiana Jones movie. There are bats coming out of caves in an Indiana Jones movie, aren't there? If not, I'm sure there ought to be. Anyway, I defended myself stoutly with the electric tennis racquet, and in consequence must have looked like Gandalf or possibly Hermione, waving their wand furiously with sparks erupting like fireworks all over the place as each gnat exploded, little shooting stars with an aftersmell of roast bug. As Neil Young said, it's better to burn out than to fade away, especially if you're fading away on the fly paper in the galley. 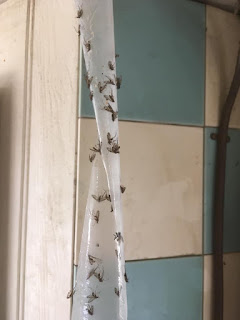 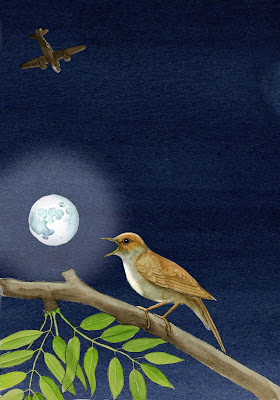