a shared enthusiasm for Hardy's Dorset 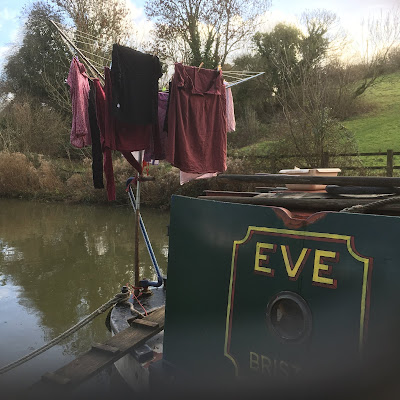 I was rapidly running out of clean clothes, and yesterday's weather forecast suggested that it would be the driest day for a while, so I did the dhobi. As usual, this meant the usual routine of filling the two 25l jerry cans with water (I did that earlier in the week, when I filled up my main water tank at Avoncliff); putting my biggest pan full of water on top of the stove first thing in the morning (which in the case of yesterday, was 0300; this early to bed, early to rise malarkey is really getting out of hand round here); then, as 0800 approached (the time before which it is rude to run engines and generators) I had a shower, baled the water from the bathtub into the twin tub washing machine, topped it up with the piping hot water from the stovetop, and got on with it. 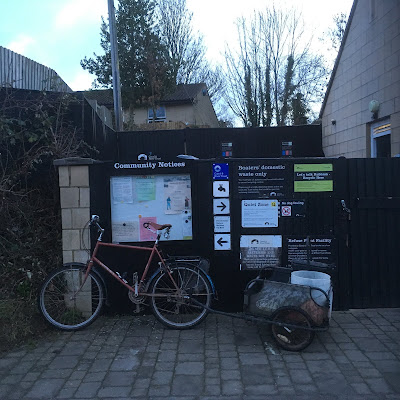 Other Usefuls included taking the rubbish to the bins, which also meant I got to see Bradford on Avon's Morning Jackulation, which is like a murmuration, but with jackdaws.

And then tidying up. Which is a never ending task on nb Eve. This is a normal scene for my desk, two days ago during a frenzy of printing. 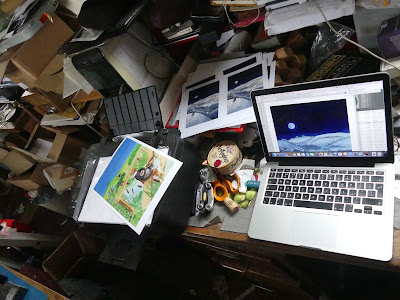 Down at the post office counter in the Co-Op, I was queue jumped by a Very Middle Class woman, who held things up for ages while they fetched 300 euros for her. I was alarmed to hear that the pound/euro rate is pretty much 1:1; last time I went to mainland Europe the pound was worth better than €1.40. We exchanged long cold stares, and I quietly wished that she might get held up for several days at Gatwick by a rogue drone.

Cycling back to the boat, I considered popping into the church to think more elevated thoughts, because life's too short. But then I thought that life right then was too short for tht, and dashed home to set out my pictures on the side of the towpath. Which meant I got to meet a few nice folk who stopped and bought things. I pointed out the Hardy poem The Oxen on the back of this card, to the chap who'd just bought it, and he told me that he'd spent some time walking round Hardy locations in Dorset. I used to do the same, when I was based in Weymouth on the Channel Island ferry, only I did it on my motorbike. 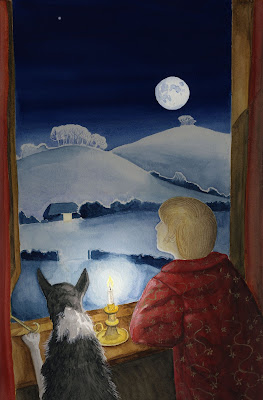 This is a picture I did in St Mary's, Puddletown, where the Hardys were in the quire; and very chilly it was too. 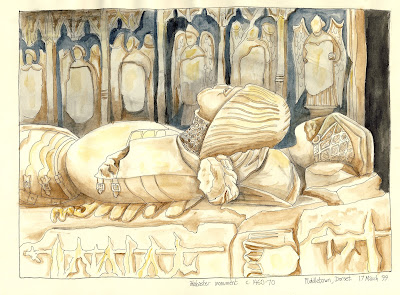 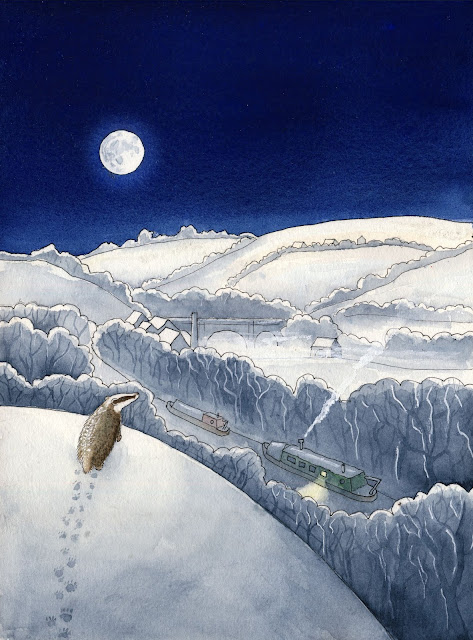 Here's a badger looking down on the canal from Westwood towards Avoncliff, on a snowy night. That's my boat there with the fire going. I used my artistic licence to clear the roof of bikes, firewood, spare toilet cassettes and general clutter. Very handy thing, that licence.

I was going to draw something to do with mud, to go with this poem I wrote earlier in the year, and which is very relevant right now

It is our medium of communication,
we wade through it, it clags our bikes
and is the topic of our conversation.

...but I just couldn't come up with an image that worked, and then I thought this would make a nice pic. So we get the romantic view of the canal instead.

It is pretty romantic, of course. And it did look like this back in March when the mini ice age hit.

But right now it's raining, raining, and then raining some more.

And muddy, of course.

It's been a busy few weeks selling canal calendars and Etsy orders for cards and pictures. As we get close to Christmas I look forward to getting on with paintings and poems, because I've not been doing enough lately, and that makes me antsy. Though it's extremely nice that people like my stuff enough to want to buy it! I haven't got over the happiness that gives me, and probably never will.

Boater life around Bradford on Avon continues to be lively. Much repairing going on on the wharf - it's good to see an active boatyard at work. And we had a big party in St Margaret's Hall last week, as a fundraiser for the Floaty Boat Fund.

And the week before that we had a gathering to remember a friend who drowned. There've been three deaths like that this year.

Tidying up yesterday, I found the bottle of rum that this friend gave me as a thank you for helping him with his engine. Maybe I'll finish it on New Year's Eve.

Have a good Solstice, Christmas and all that!

By the way, as this picture has been so enthusiastically received, I've done some prints, and you can get them here in my Etsy shop.