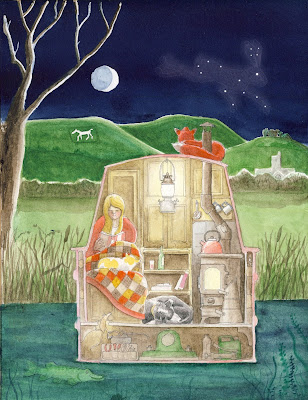 The mist stuck around in the valley all day, though the sun breaking through made everything very picturesque, even us unsavoury boaters. 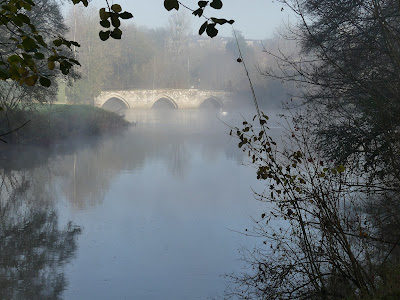 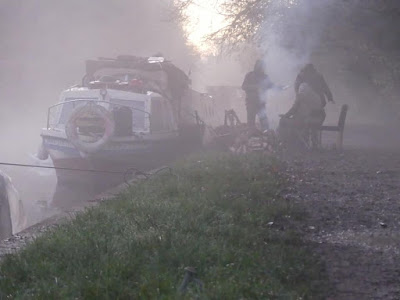 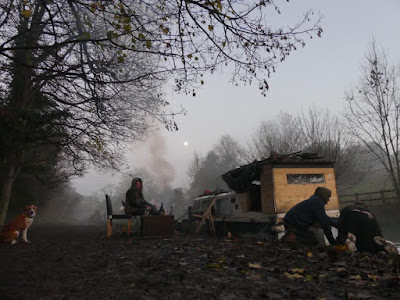 And at three o'clock the air took a serious chill to it; I watched the space station fly over at 5:10, then went secured the boat for the night. The cratch cover was already iced up. Bank up that stove!

The painting is 'Winter's Night Near Alton Barnes'. I just realised I hadn't got it listed in my shop, and have now remedied that.
Posted by Dru Marland at 05:47 No comments: 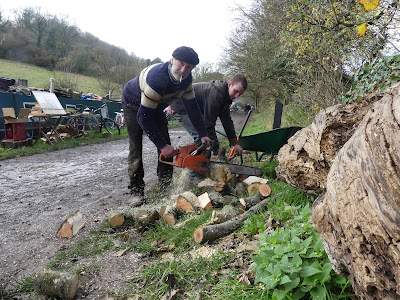 Jim and Harry dropped by with some firewood, as payment in kind for the flyer I designed for them. They barrowed it down, then chopped it up on the spot. It reminded me of the time, before I'd joined my first ship Karen Bravo when she was in Egypt, and they were victualling, and the meat arrived on the hoof and was slaughtered and butchered there on the quayside. Or so at least I was assured. Another time, further south, the crew change was accomplished with the aid of a couple of french mercenaries flying a Dakota, that they were flying freight and passengers with while saving up to buy a fighter. So it's entirely probable; sometimes life at sea was too interesting anyway to bother making things up.

But I digress. Here's the flyer I did for them

I picked it up from Minuteman Press in Bristol on Friday, and also collected my new badges, the K&A West End Antifa ones. Look closely and you'll see our secret volcano base, deep in the heart of Wiltshire. 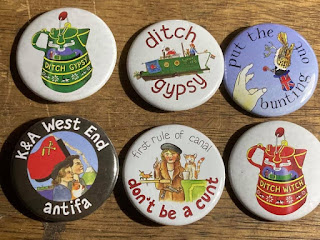 The KAWE Antifa took off when an awful person on our local canal community Facebook page posted up some hate stuff about a woman boater whom the Daily Mail had suggested was connected with Isis, and not only that but was living on a boat! and claiming benefits! and was a single parent! -so obviously she was a fit person against whom to level threats of arson, sinking and death (these threats were on some awful Brexity Facebook group, not our relatively civilised canal one, I hasten to add, and were presumably made by choleric folk who don't get out much. 'Others, I am not the first, have willed more mischief than they durst'... But even so.

Anyway, we objected vociferously to her rather lunatic allegations, and were accused by her of being Marxist Lefty Antifa hooligans. Well, there are worse things to be accused of than being agin fascism. So it goes.

So I fed Jim and Harry a tot of rum, and off they went. Presently this old lifeboat came chugging by. Once upon a time it had a more adventurous career, on an oil platform in the North Sea. Observe the pipes running around the uppers, to spray water over the superstructure to stop flames from cooking the occupants, if chugging through a sea on fire. 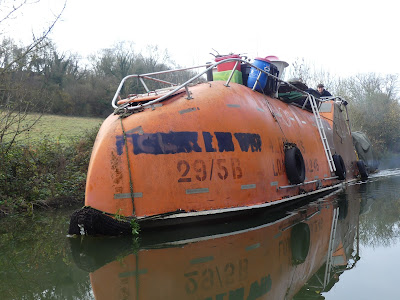 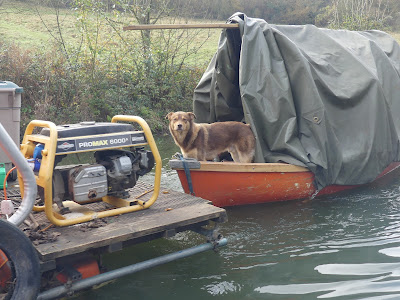 And the sun set, and there was suddenly a chill in the air and it was time to get in and light the stove, after watching the moon rise. 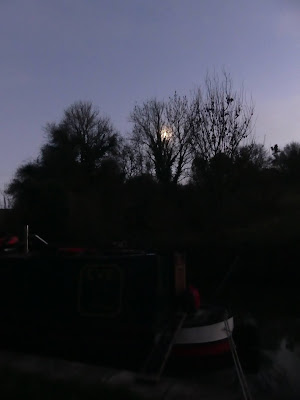 An Uneasy Paradise; living on the waterways 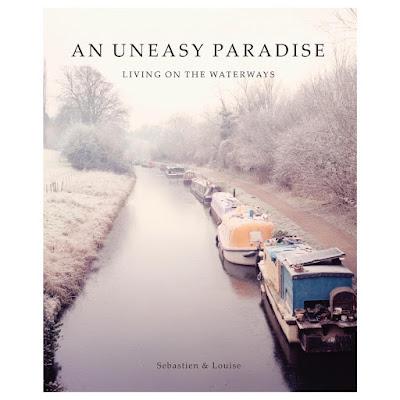 Sebastien called by yesterday with a copy of the book that he and his partner Louise have been working on and which has finally been published. They are both canal folk and excellent photographers, and have been recording life on the Kennet and Avon Canal for some years now. And this is the outcome of their work. It's predominantly visual, and gloriously so, but with accounts of canal life by their subjects, and an essay to finish with.

Here's a link to their website, where there's more stuff, and a video to accompany the book launch, and you can buy a copy there. 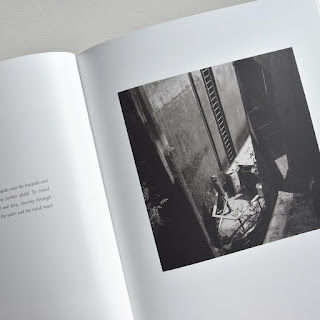 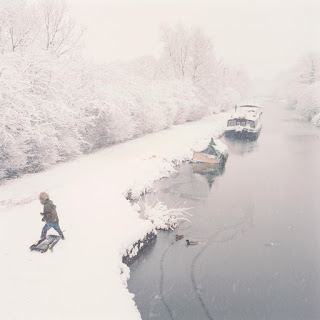 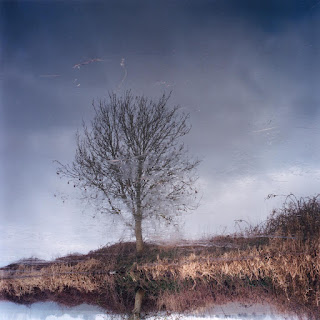 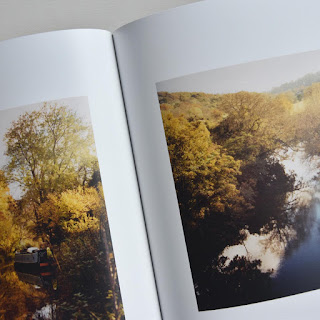 there's something about the trees 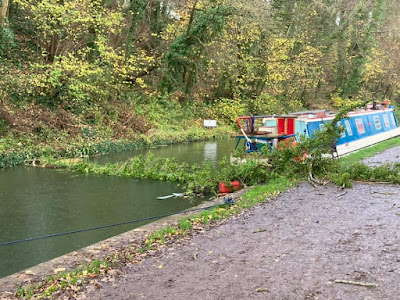 Two weeks back, a big tree fell across the canal, missing Paul's boat by a hundred feet. He was a bit rattled, but no harm done, and we got stuck in and made firewood of it.

So Paul moves on down the canal to Avoncliffe, and blow me if another tree doesn't fall down, grazing his stern and sinking his tender.

I went along with the chaps in the CRT workboat, with my chainsaw; because they're not allowed to use them because H&S etc, but I can cut my own silly arm off if I like.

And we cleared the navigation. And presently Paul came chugging by, looking for a mooring spot that's out of reach of them darned trees that seem to have it in for him, like John South in Hardy's Woodlanders, haunted by his fear of the big elm.

Then it was back to work for me, packaging up and sending off pictures and calendars. These Three Hares maps are off to Devon. 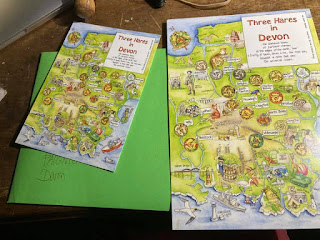 Reminds me of when I worked in the regional distribution warehouse for Somerfield supermarket, in South Bristol (temping while waiting for my next ship). I was an order picker; which means trolleys came along the aisle, and I read the sheets attached to them and added the things from my section, and they continued on until they were full and then loaded on to lorries and sent off to supermarkets all around the country.
It was interesting seeing regional variations; Farnborough folk were evidently fond of Thunderbirds assortment fruit yoghurts, and I imagined the boffins at RAE there pausing from designing the aircraft of the future, and tucking into little pots of black cherry yoghurt with a picture of Thunderbird Two on it and Dreaming Large.
Muller desserts, v popular in the Birmingham suburbs where the net curtains are always twitching.
And Ginsters pasties, loads and loads went trundling on down the motorway and over the Tamar to the land whence they'd come.
Posted by Dru Marland at 05:30 4 comments:

Wildlife on the Kennet and Avon Canal - the 2021 calendar 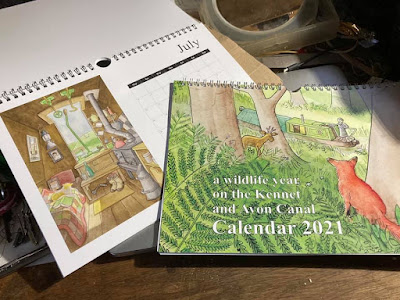 These calendars are freshly arrived from the printer, and up for sale in my Etsy shop. They cost £10, including postage in the UK.

This is a very brief post, because the battery on this Macbook is about to run out and I can't start the generator for a few hours yet! Blast it
Posted by Dru Marland at 03:46 2 comments:

Every branch is special 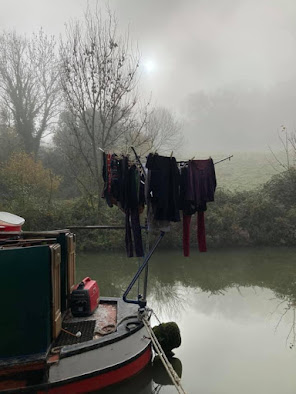 I'd been waiting ages for a suitable weather window to to the washing. At last the ensign of the Dhobi Navy flew proudly (well, drooped chilly) at the back of the boat. And so it stayed until dusk, when it came in again hardly dryer than when I hung it out. Oh well, it's drying nicely by the stove.
Sherry Jim called. He wants me to update his flyer, now that Bob, the other half of the Dangerous Brothers, has moved on, and Young Harry is Jim's new oppo.

So I popped over the the Lock Inn for some photos. 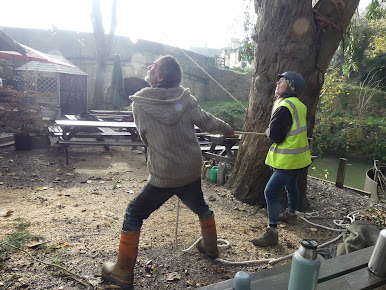 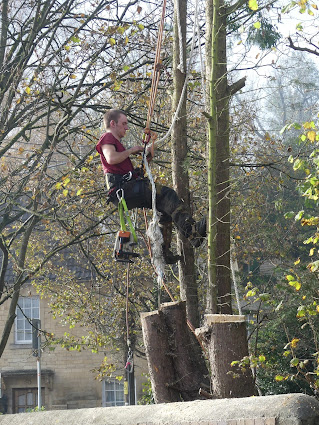 Presently the sun came out and warmed up the valley, and the squirrels stopped nibbling ash keys and hawthorn berries, and spread themselves languidly along branches. 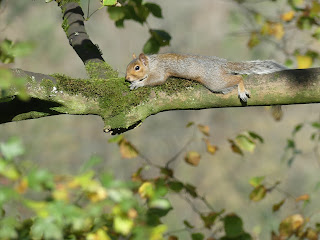