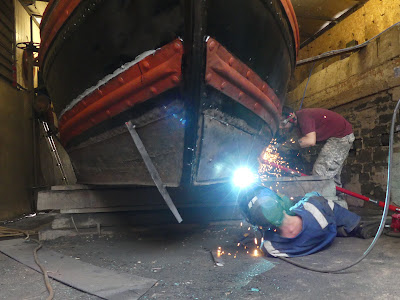 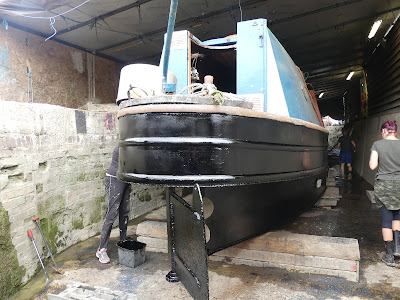 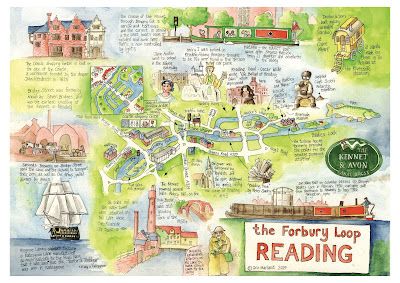 I was asked to map the Kennet navigation in Reading, by Graham Puddephatt of the Kennet and Avon Canal Trust, to coincide with the advent of the KACT's new trip boat Matilda, and the Reading Water Fest. So I did, and here it is. There's a lot of history buried or otherwise hidden away in that bit of Reading. You can get a copy of the map from my Etsy shop here 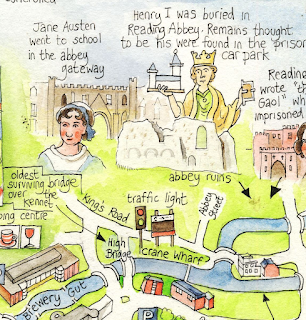 ...mind you, sometimes it seems like a Berkshire or Hampshire town that can't claim a connection with Jane Austen is the unusual one... 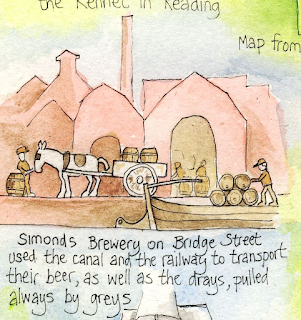 the old Simonds Brewery stables are still there, next to the County Lock 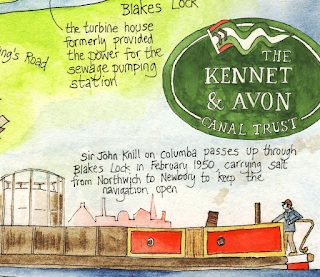 Sir John Knill was one of those awkward types who kept the navigation open in the dark days of British Waterways trying to run them down. His son Jenkyn is still highly active on the West End of the canal, here he is on Lady Lena, in Bathampton 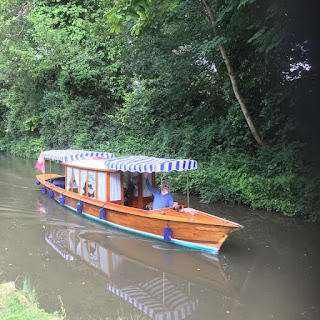 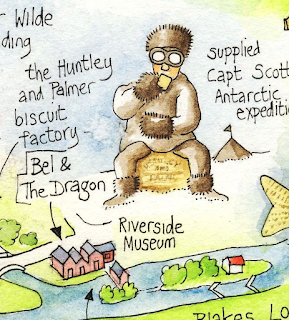 ...poor old Captain Scott. By the way, Burberry, who also feature on the map because they made trench coats for the British Army during the First World War, supplied Scott's successful rival Roald Amundsen. 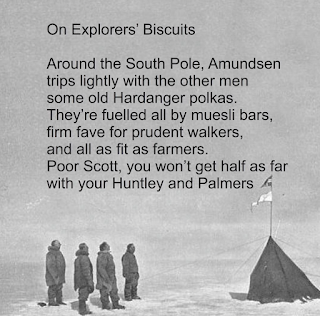 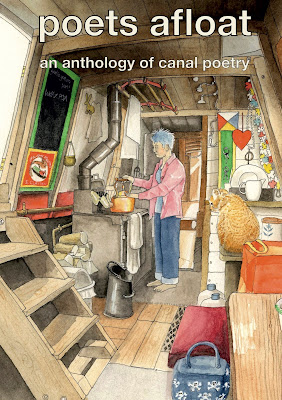 We'll be launching Poets Afloat, the new collection of canal poetry, on Thursday evening. There'll be readings from the poets (of course) and musical interludes from acclaimed duo Devil's Doorbell. The Lock Inn is a very congenial spot next to the Kennet and Avon Canal, and we'll be out in the garden (or under the pergolas if the weather's iffy). 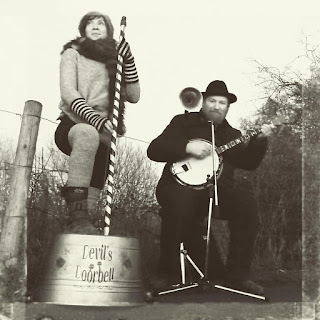 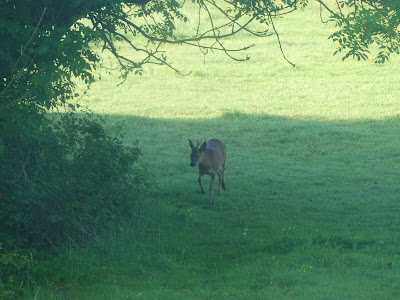