A busy few days drawing things. One was a leaping hare, a request from a friend. It was supposed to be in tones suggestive of ink; that deep bluey-black. First attempt looked like this 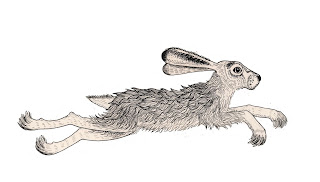 .. which I then scanned and toned, but was really not happy with it; it does look a bit odd, don't it? 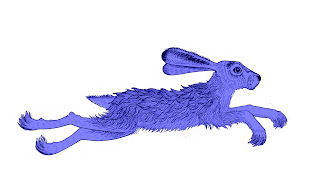 ..so I did this hare 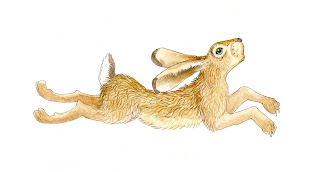 ...and then tweaked the colour 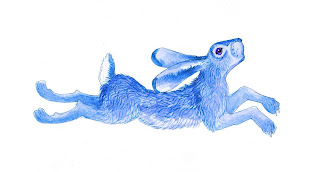 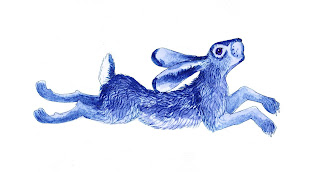 ...which I was fairly happy with; but one of the folk it's for preferred things about the first hare, so I went back to it and worked on it a bit more, and to be honest I now prefer that one too 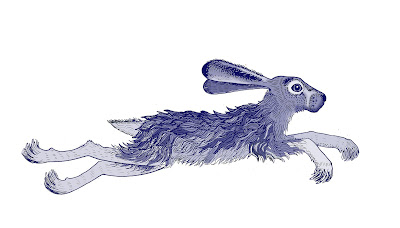 ...which is very cheery, because if they'd settled for the previous picture then I'd not have got round to it.

All this while, we're moored next to a big field where up to five hares can be seen dashing around having hare fun, which is good, and a reminder that you should never stop trying to capture that hare-ness in pictures, because it is so very wild.

And then the next floating market is coming up, and I thought it would be nice to try to come up with a simple design to promote it; the picture for my first poster two years ago was fun to do, but very busy; see? 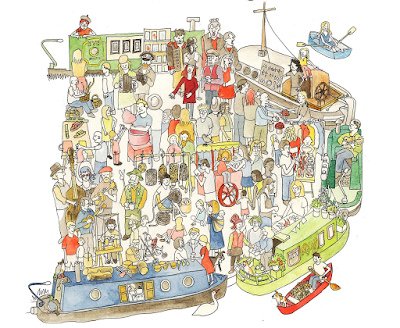 ...so I drew this (it's called a Buckby can, and is the sort of thing that traditional boats tend to have on their roofs, adorned with flowers and castles). This is the ink drawing 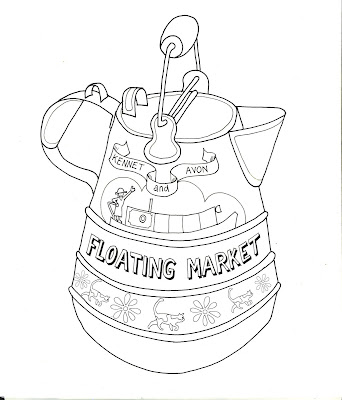 ...which I then scanned and coloured 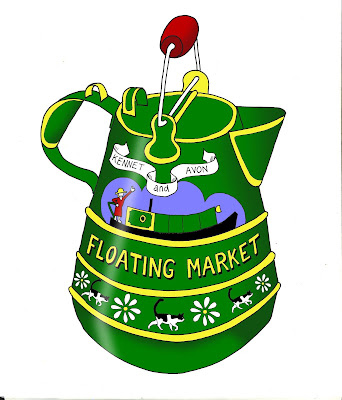