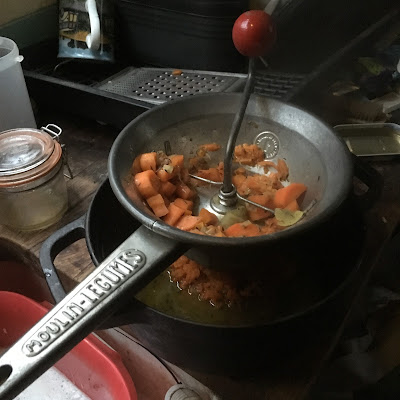 Drawn Chorus: an alphabet of birds - on Kindle 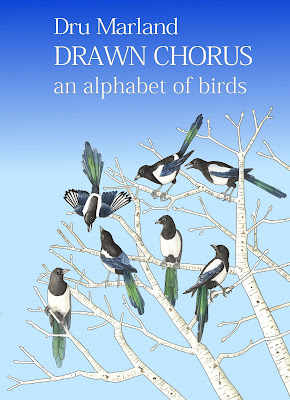 Drawn Chorus, my alphabet of birds in poems and pictures, is now available on Kindle. If you follow the link there, you can have a look inside, though you only get to see a few of the poems, sadly.

Anyway, it was something I'd been thinking of trying for ages, and after two days of formatting and wrestling with strange software in the tried-and-tested Marland way (hit the buttons, swear, hit them some more, wing it, drink wine), I got it all working and uploaded it yesterday afternoon from the library in Bradford on Avon. Being a fairly off-grid publisher is good fun, but throwing huge PDFs around in cyberspace eats up your data allowance like crazy.

We've been having a lively time on the canal. Just before Christmas, I was getting lots of heart fluttering, and it worsened till on Christmas Eve I feared I was having some sort of heart attack; by the time I'd got the Moggy started with the winding handle (the starter motor was kaput) I wasn't fit to drive. Some of my boaty neighbours appeared, and an ambulance was called. And so I got a ride to the RUH in Bath; and ECG and blood tests showed that I was actually pretty blooming healthy. The problems were stress related, and I'd exacerbated them by having a full-blown panic attack. I did feel bad about taking up NHS time and resources like that, but couldn't think what else to do at the time.

Sherry Jim had accompanied me in the ambulance as a responsible adult (ha!) and embarrassed me all the way with his banter at the medics; "Stop it Jim! You can't say that..." - and now we walked down from the hospital, and made our way back to Semington by such public transport as you can find on Christmas Eve. Which was an adventure in itself.

And then there were the storms. Moored on an exposed aqueduct, I got the full blast of them, and had to go out and add extra lashings to the stuff on the roof; and then lay awake listening to them creak and bang and flap. The day after I moved the boat down to Bradford, the next storm hit, and was severe enough to pull out the mooring pins of the boat next to where I'd been, and spin it round so that when my neighbour woke up she found herself facing the wrong way though still, fortuitously, alongside the towpath. At least one boat had come adrift and been blown about half a mile until getting caught in a reed bed and rescued by Georgie and Laurence, who have an offside mooring there. This is a problem with 'dumpers', the boats visited by their owners maybe only every other weekend, and often poorly secured - good neighbourliness demands that one sorts out boats that have come adrift, but sometimes you feel that you're being taken for granted... I'm never comfortable when I'm away from the boat in foul weather; you need to be there to respond to problems as they arise...