I drove up to Nottingham with young K after school yesterday; it's an away weekend for her. As the sun set, we watched mist rolling down from the tops of the Cotswolds in a very dramatic way. And then the fog set in pretty solidly.

I was very late back to Bristol, and thought that I'd have a mooch around Avonmouth to find something photogenic. Apart from the car I was driving, of course.

...and then I went out early in the morning, because it's nice to be abroad early. I took this picture in Clifton...

...though I kept a weather eye open for other people. There have been five sex attacks in Clifton over the last fortnight. The local police have helpfully published advice on staying safe, which basically involves not going out alone or after dark if you're a woman. Hmm. As Annie points out in her blog, why not tell the men to stay at home instead?

There is a Facebook group now, organising a Reclaim The Night demo. I want to join in with it, as it affects both me and young K - knowing, as she does, about the events in Clifton, she was worried, when we were climbing up Glastonbury Tor in the dark last week, that there might be someone posing a threat there too. As it was, there were a couple of hippies... mostly harmless...

The Bristol Downs: another book event

So. On Tuesday 2nd December, we're doing a little show at Bristol Zoo, which will include Geraldine giving a talk, and me doing a Powerpoint thing about illustration. And there will be mince pies, apparently. And I shall be taking along my big bottle of Damson vodka, too. What's not to like?
Posted by Dru Marland at 12:04 4 comments:

Here's a fun thing I found on Helen Boyd's blog. It's called GenderAnalyzer,
and it tells you what gender it thinks you are based on your blog.

Last time I tried one of these gender analyser things (spelling hem hem), I put in stuff by Charles Dickens and Jane Austen, and it said that he was a woman and she was a man. I prudently kept these findings to myself, as we don't want to go rocking the foundations of Eng Lit, do we?

Upside Down In Cloud is 65% female. Apparently. Must add more fluffy bunnies.

The flat got inspected last week by Brian, from EAGA (no, he doesn't know what it stands for either) which falls under the aegis* of DEFRA. I know someone who also works for DEFRA, as it happens, and she does something to do with soil. The fellow at the next desk is in charge of squirrels. Now that sounds like a job to have.

Anyway, Brian had come down from Liverpool and was surveying the homes of people in the area who have applied for Home Front grants. The point of these is to make homes energy efficient for people on a low income. People ike me.

So he rootled around in the attic, and measured things with his tape measure, and counted the windows and gave the immersion heater a Serious Looking At, and then got out his baby laptop and tapped away for a bit, and gave the flat its score for energy efficiency.

I felt rather distinguished, I have to say.

Not that it's any great surprise; this is the sort of flat where the wind just slows down a bit when it reaches the skylight, and you don't actually get the benefit of having a heater on unless you sit on it with a blanket over you. Of course, being a hardy, ex living-on-top-of-a-mountain sort of type, I am sort of used to it, but it would be nice not to have water freeze in the glass overnight for a change.

So they're going to put insulation in the loft. I don't have gas, otherwise they would have offered me central heating too. Gosh. Brian said that I could have storage heaters if I wanted. I said I'd had them once and hated them; stiflingly hot in the morning and cold by the afternoon. He nodded agreement. Brian isn't a storage heater person either.

*aegis: a sort of ancient greek bus shelter. I think that's where the smokers go during coffee breaks.

It seems so long ago now that I was out gathering fruit. The flat has taken on its winter chill. Still, the jars and bottles of stuff around the kitchen look cheerful, especially when the sun is shining.

Last week we went along to a sort-of-alternative Harvest Fair at the Cube Microplex, a volunteer-run arts place down town. We'd been asked to come along by Kayle, who makes her own Cola and whom we met up my favourite mulberry tree a couple of months back.

Odd sort of business. There were people with nettle beer, cake, homegrown tobacco, and my stuff- damson vodka, mulberry gin, pickled walnuts and home-made bread with poppyseeds from Brendagh's garden. And there was an urban hunter. And, a late arrival, a woman with a chocolate recipe that I shall describe later. We set out our stuff and people looked and poked and sampled. I had bought a pile of little plastic shot glasses and was offering my damson vodka and mulberry gin at 50p a shot, but ended up giving lots away. And someone helped herself to the gin while I thought, "Shall I say something?" and ended up not doing. Grrrr.

Then we trooped into the theatre bit and a chap called VI did something called 'noodling' on a synthesiser while young K writhed in agony. I bore it with fortitude; I have, in my time, sat through an entire concert by Keith and Julie Tippet, in a Very Hot And Packed Room upstairs at the Albert in Bedminster. ("Someone asked me the other day", said Keith, ""Keith", he said, "where do you draw your inspiration from?" And I paused and said, "I just carve it from the living air.... like sculpture."")

And we did a show and tell, and the Urban Hunter described his year's adventuring in search of truth through food. He has killed and eaten a rabbit and a squirrel.

(voice from the audience) "What has it taught you?"

long pause
(another voice from the audience (helpfully)) "Something you can't put into words?"

"Yes, it's something you can't put into words"


We left early. K felt out of place. I think I did, somewhat, too.

Still, the woman with the chocolate was nice. Shame we didn't get chance to talk properly. She does similar stuff to me, I think. And she'd brought along some chocolate to which she'd added the damsons which she'd had left over from making alcoholic stuff. It was inspired. I went home and did it with some of our damsons. Result!

The launch of The Bristol Downs: a natural history year took place on Wednesday, and went very well. Loads of people, lots of books sold and signed. Geraldine gave a lively talk, then I did a Powerpoint show about illustrating the book. Which also went well; people even laughed. In the right places.

And then I took a day off and drove my newly-fixed car up a Welsh mountain. There it is, look. That's Mynydd Maen. I used to live up there. Cosy, isn't it? 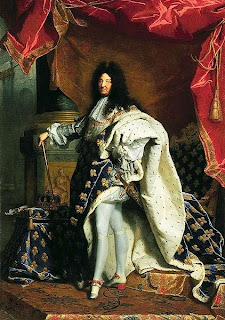 As the night of Stonewall's 'champagne gay' beanfeast at the V&A approaches, preparations continue for the protest against the nomination of Julie Bindel (whose opinions on transsexuality continue to be at variance with transsexual people and, apparently, anyone else who knows much, or indeed anything, about the subject), for their 'prestigious' Journalist of the Year award.

Over on Facebook, the group formed to discuss the protest has been periodically visited by Julie, who threw around a few accusations of anti-feminism and anti-lesbianism, her reasoning presumably being that she is the living embodiment of these qualities, a bit like Louis XIV, who may (and may not) have pronounced "L'État, c'est moi!"

But as she hasn't said anything either new or interesting, we shall pass on to Roz Kaveney's response to her recent statement, because that is worth reading.

And now let's ignore Julie, as the main interest here is the indifference of Stonewall, a supposed equalities group, to equality for transsexual people. Some, evidently, are more equal than others.