Kultur wars on the canal 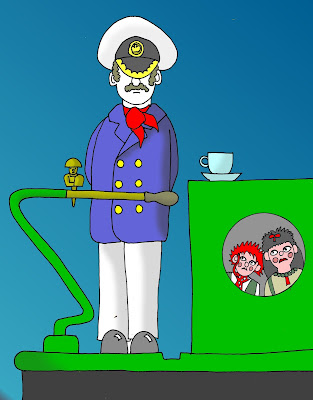 Inspired by a recent Narrowboat World piece that claimed that 'continuous moorers', as the writer humorously described them, were clogging up the western end of the Kennet and Avon canal. He made further, evidence-free claims that they were emptying effluent into the canal, because, well, look at them.... (edit) the claim that the K&A is clogged by 'continuous moorers' was debunked by the CRT themselves in this response to a request made by Rick Hemmings for the relevant stats, seen here: 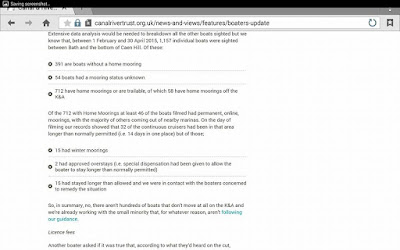 ...and now Tillergraph, a towpath freebie, echoes these sentiments with similar claims in its 'letter of the month',  further complaining that live aboard boaters are making the place look unsightly, and affecting the whole 'culture and ethos' of the canal. Hey ho. If in doubt, respond with persiflage and a touch of contumely. Thhhrrrrp.
Posted by Dru Marland at 17:28 No comments: 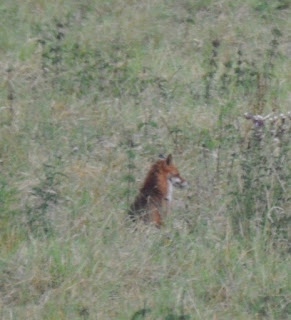 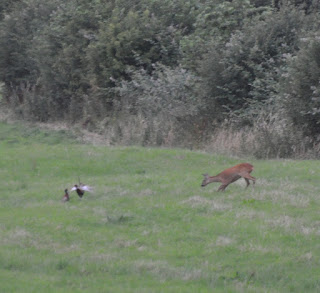 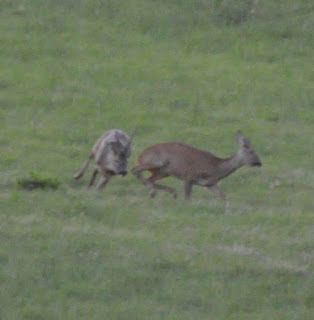 Boat Teenager and I lunched out, as it had stopped raining. Large pasties from Joe's Bakery, sitting on a bench on the Downs. "We're causing even more pain for the joggers", she said, "all wishing they had pasties too".

"Maybe they aren't the sort of people who like pasties," I suggested. "Modern people can be pretty strange."

We had a bit of a laugh about quinoa, and went charity shopping. Got some good stuff too, the sort that cheers you up if you ever needed cheering up.

Heading back up the hill, I paused in the right filter lane before turning into Coldharbour Road, to let a hesitant oncoming cyclist, who had right of way, decide whether he was going to go down the hill or turn left.

A shiny black BMW was behind us. The driver hooted his horn and, through the dark windows, I saw him gesticulating, apparently at the junction. "F*** OFF", I mouthed at him, and set off. He may be happy to run over a cyclist, I thought, but I'm not.

A little later he tried to overtake us, on a section of road that is really entirely unsuited for overtaking.  An oncoming car stopped him.

We turned left. He followed, honking his horn.

At the next junction, he tried to force his way past us again. I stopped; he got out; "It's all right, I'm not going to rob you just because I'm black," he said, holding out his hands palms outward, with a rueful sort of smile.

"I never thought you were," I said, quite truthfully.

"....just that your brake lights aren't working," he continued.

We exchanged smiles and he went on his way.

competitive cycling on the canal towpath


I was walking with some friends along the canal at Bradford on Avon. So wrapped up were we in talk that we didn't notice the rather striking chap in tattoos and lycra, advancing on his bicycle. "SOME PEOPLE DONT SEEM TO LOOK WHERE THEY'RE GOING" he exclaimed, in what I can only describe as a petulant tone, as he forced his way through the group.

"I didn't hear your bell. USE YOUR BELL YOU NUMPTY!" I called after his receding form.

But answer came there none.

Of course, he didn't have a bell. Apparently it's unmanly to have a bell on your bicycle. Or something.

I'm all for shared use of the towpath, but there is a problem with some cyclists expecting all to jump out of their way, and, as has often been said, treating the towpath like a racetrack.

It's not just a figure of speech, either. Some cyclists are engaged in competitive riding on the towpath.

Strava is an app that records the journeys of its users, and ranks them according to the speed of their journey. This section is the Bath to Bradford on Avon towpath. As you see, the latest high scorer, Martin D, managed an average speed of 32.1 km/h, or 19.95 mph, over this 13.4 km towpath, on June 25. Quite impressive, given the uneven surface and often very narrow path, and blind corners under bridges. Small wonder he's been awarded the title of King of the Mountain (KOM); the humpback bridge that the track traverses at Dundas is, after all, really quite precipitous....

I wrote to Sustrans on 23 April

Dear Sustrans,
I live on a narrowboat moored on the west end of the Kennet and Avon canal, and I am a cyclist. So I appreciate the use of the towpath as a cycle route; indeed, I find it hugely useful, if not essential. I’m also aware, through my own experience and that of my fellow boaters, of selfish and sometimes dangerous behaviour on the part of some cyclists. I’m prompted to write after a friend’s recent and particularly unpleasant encounter with an aggressive fast cyclist.
I’ve learned that Strava provides an app that allows cyclists to time themselves on specific routes, including the section of NCN4 that follows the towpath between Bath and Bradford on Avon, where this incident took place. As you will see from the Strava website, there is a competitive element to this app, with a league table and the titles of KOM and QOM for the leaders.
http://www.strava.com/segments/bradford-on-avon-to-bath-london-rd-4453970?hl=en-GB
How does Sustrans feel about the towpath being used for this purpose, given that much of the towpath is narrow and entirely unsuited to fast cycling in an environment that contains pedestrians, children and animals? I understand that selfish cyclists are only a part of a wider social malaise; but for a company like Strava to foster competition among cyclists on a Sustrans route can surely only be a bad thing?

I got a reply from Alistair Millington, Sustrans' area manager:

Dear Dru
Thanks for reporting this. We don't support the adoption of traffic-free sections of the National Cycle Network as Strava segments. We can flag this with Strava. I'm not sure whether that leads to its removal or a warning but I'll find out.
Best wishes, Alistair

....so that was a waste of time, apparently. We can look forward to the next aspiring KOM attaining the 20 MPH average speed record, sometime soon. 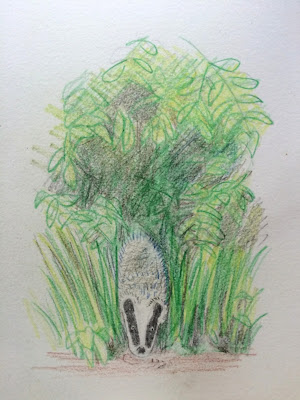 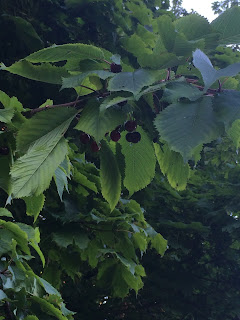 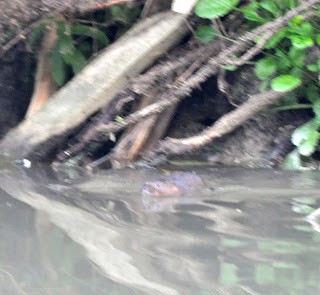 the exhibition in Bath 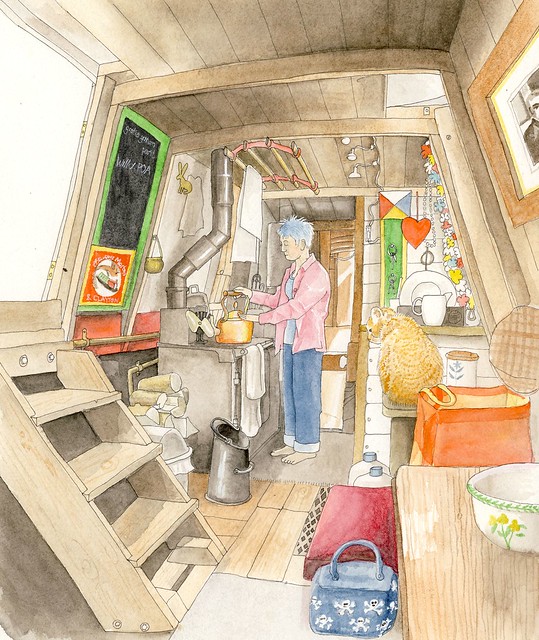 Last week was the exhibition in Walcot Chapel, Bath, for Gypsy, Roma, Traveller (and Boater) Month, organised by Julian House in Bath. I was v busy painting in the run up to it, and displayed eight paintings, of which the one above, of Jacqui at home on Aster, is the latest.

I sat in on the exhibition for quite a while, and got to meet all sorts of interesting and interested folk. Here's Brian, whose granddaughter once owned Netty, the boat in this picture. She'd asked him to come along and say hello, as she is over in West Wales. 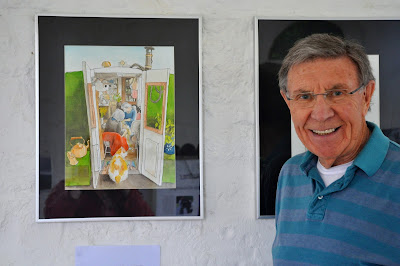 Here's Maggie Smith-Bendell, author of Rabbit Stew And A Penny Or Two, who came for the opening of the exhibition and talked about her life 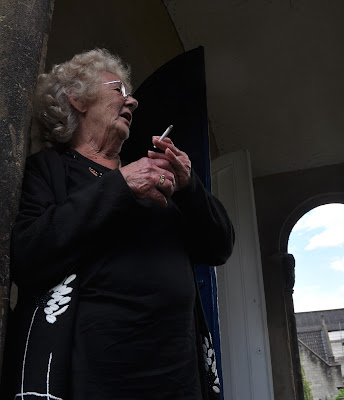 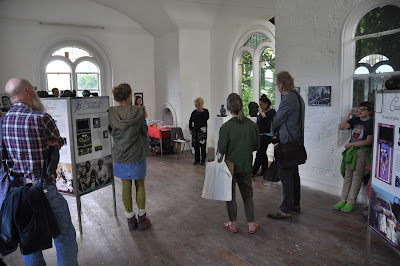 ...and here are Jenks and Helen, whose boat rides on Lady Lena are apparently the most romantic thing you can do. Ever. Helen is the sculptor. Connie and Sam, the organisers of the whole thing, are there on the right. 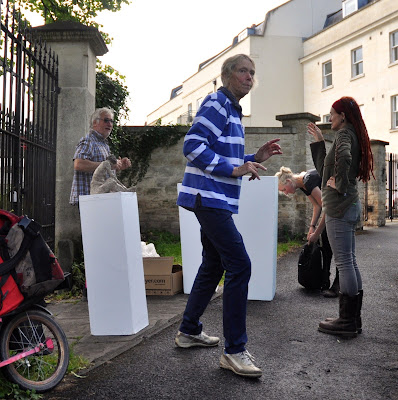 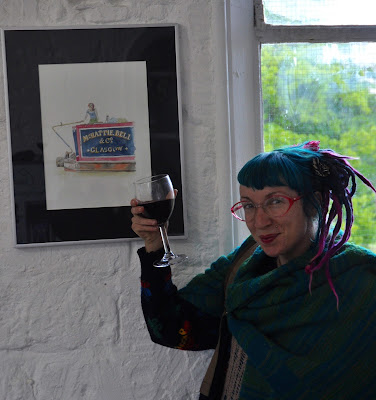 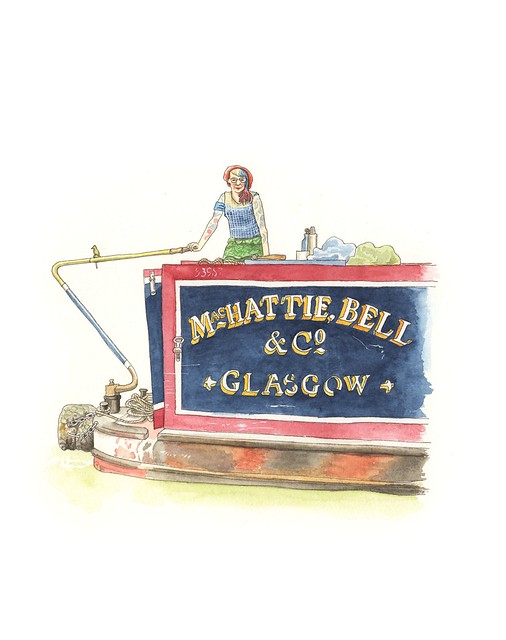