A couple of weeks ago, early in the morning  I watched an otter catching a fish and carrying it back to its holt, where I guess there were pups to feed. I even filmed it with my phone. It porpoised along, its shiny back looking like that of a little humpback whale, though less humpy. I posted up the film on the boaters' Facebook group, and in among the people saying how nice it was to see, were some miserable comments from the sort of feller who thinks that otters are responsible for all the ills that have befallen our once great nation etc.

This sort of thing is why you shouldn't say where you've seen otters, in case some nerk comes along and kills them.

On the other hand, it makes a fun thing to do with this rather wonderful DIY Bayeux Tapestry generator , of whose existence I was made aware by Karin Celestine, they of Celestine and the Hare.

You may recognise a Big Nod in the direction of Warren Zevon's Werewolves of London. The K&A is of course the Kennet and Avon Canal. 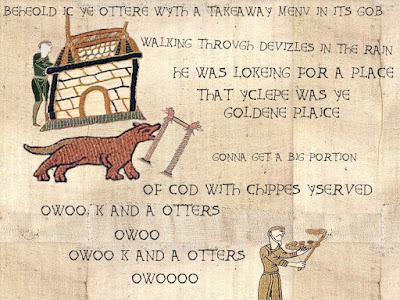 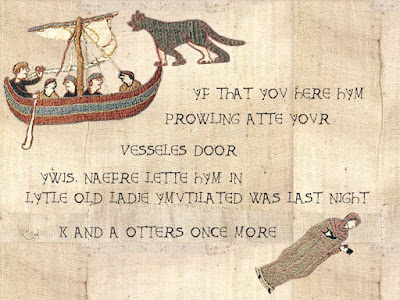 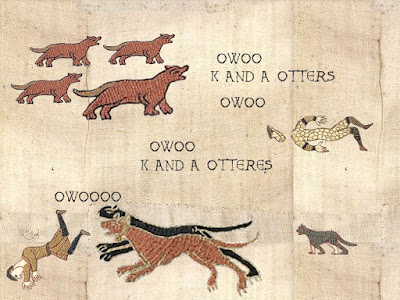 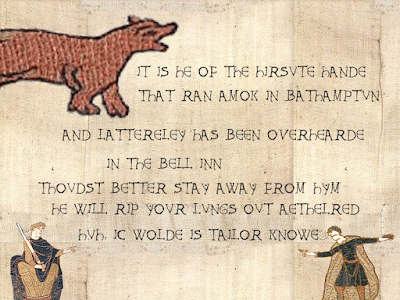