card collection, originally uploaded by Dru Marland.
Another addition to my Etsy shop; it's a set of 6 large, flat card reproductions of my paintings:

Some of these pictures appeared in Geraldine Taylor's 'The Case Of The Curious Crow', a book of adventures in wildlife around the Bristol area. The three hares are inspired by the 'tinners hares', that can be found in churches around Dartmoor.

The set costs £5. Which works out at 7p per creature illustrated, by my reckoning. And that's not even counting the slug.
Posted by Dru Marland at 06:41 4 comments:

We unveiled the interpretation board up on Dundry Hill last Wednesday. And here's the evidence.

It was nice seeing the finished work. And meeting all the other people involved in the project. Most of whose names I can't remember, sadly, but that's Bee Peters there to my left (and your right).

I've also created a montage of the main pictures, as you see here. If you would like a copy, do let me know.

It's dimensioned to fit standard frames, and would be printed on 260 gsm satin paper. Costs would be

Outside, Ted started barking at a Very Large Dog with a Very Large Owner, both of whom looked as though they'd eaten quite a few gobbets of pork in their time. The chaps in the cafe came out to watch as we dragged Ted away. We waved cheerfully.
Posted by Dru Marland at 08:04 8 comments:

Ode for Ted (with apologies to Sylvia Plath)
I could do without the alarm that sounds
at the least provocation. .
The affronted expression on the faces
of harassed neighbourhood cats.
Lace curtains of collie snot
swagging the windows.
Pre-dawn chorusing in spring
while foxes rut.
Your fame amongst scooter-riding kids,
cyclists, and joggers in the park
verges on legend. ‘Hey Ted,’ they say,
as you whirl on your lead,
which means
‘Keep that crazed dog away from me!’
You’re black and white to them.
They miss the versatility
of my personal trainer
who brooks no slacking, my saviour-
dog in a manger, my angel
with healing kisses.
You would fetch the moon for me,
out-growl the roar of invisible seas.
My furry comforter, my guide.
The dark poet at my side.
Poem ©Deborah Harvey 2011
Posted by Dru Marland at 16:53 3 comments: 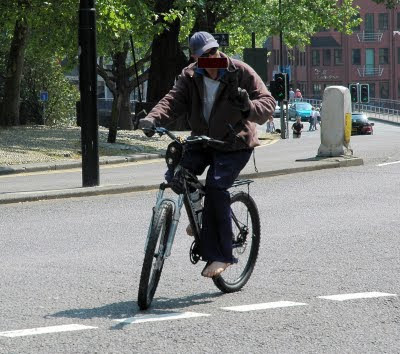 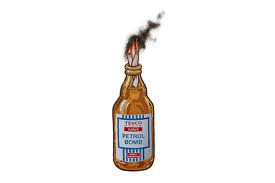 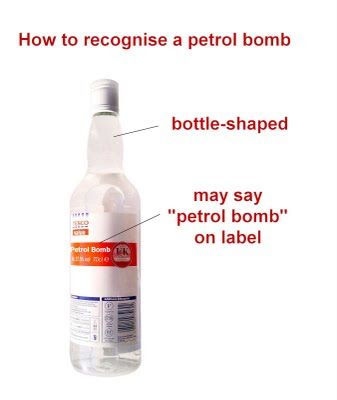 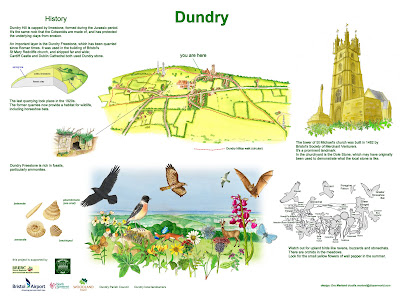 Next Wednesday, 11th May, the new interpretation board will be officially unveiled on Dundry Hill. It's happening at 6:30pm. It's going to be in the car park just along the road from the church and the pub, next to Dundry Down. Where it says you are here on the picture, in fact.

There's also a waymarked circular walk of about 2 miles, and a guide leaflet is available. But if you can't get a copy, or you want to print your own, then thanks to the miracle of Upside Down In Cloud, you can download it from here and print it off. At least, I think you can. Good luck!

I'm quite pleased with this project, because I did everything from the drawing to the design and formatting, ready for the printers. It was a bit of a learning experience.... onwards and upwards! 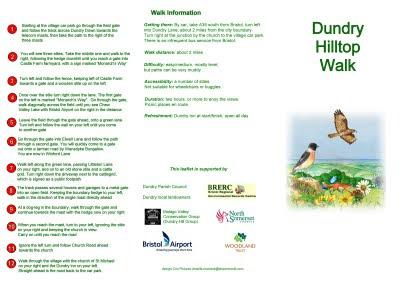 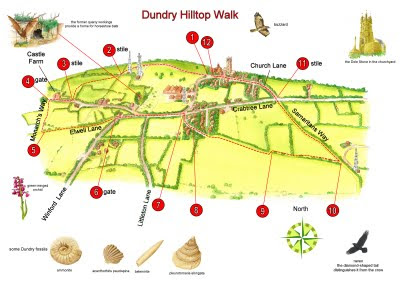 the smell of blossom in the morning

Just for the moment, the war was over
The sun found its way into the garden
Warming the foxes drinking from the birdbath
A blackbird was singing
I smelled the hawthorn blossom on the breeze,
leaning out of the window while the kettle boiled.
Then I turned the radio on.


Yesterday morning's notes for a poem which I'll probably not get round to writing. It was one of those moments.

I remember the awful feeling seeing the planes crash into the World Trade Centre in 2001; it came at a bad time for me anyway; with my old life falling apart, suddenly seeing that things had just changed globally as well as personally....
Posted by Dru Marland at 08:24 4 comments:

Fresh from her Tescogate revelations, Mal gives the low-down on forthcoming media coverage of the royal couple. I thought this was too good not to share!