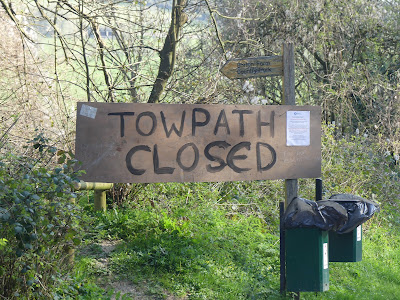 With the canal in sort-of-lockdown, the towpath is pretty quiet. The Canal and River Trust has issued a notice asking people not to use it unless absolutely necessary. This request has been unnoticed or ignored by lots of folk, and some local boaters have erected additional signage to draw folk's attention to the official notice. And this in turn has created hostility with some folk from the local town, Bradford on Avon, who resent our apparent freedom and what they see as a careless outdoor life - I see a commentator on a local press article criticises us for 'having barbecues' when the only outdoor cooking that I've seen has been by Sherry Jim, who's run out of gas and hasn't got a proper cooker, so is cooking on a fire at the side of his boat... but there we go, 'the worst are filled with a passionate intensity'. A neighbour reports that a local runner has taken to spitting at her boat as he passes. And on the other hand, some boaters have shouted at passers-by, boaters and non-boater alike. It has created upset.

On a more positive note, welfare systems are being set up in both formal and informal ways. The canal chaplains are busy distributing food and fuel. Julian House's boater outreach workers (who are themselves boaters) have been organising, with the canal divided into zones and coordinators for each of them, and local volunteers doing the footwork. Boats have been provided with coloured cards to put in the window. Green card, everything OK; amber card, please call; red card, assistance needed.
My new map was done just in time to be useful! 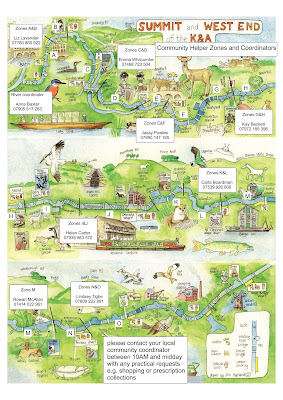 Before the arctic winds blew up, having us run for shelter, we sat outside at a safe distance apart and duetted on our flutes. Helen Jenner is the good one, on the alto flute. My bum notes are due to the cider. 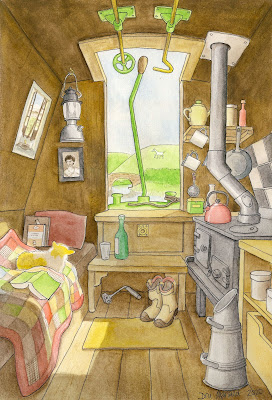 This is my latest painting. It's a view from the boatman's cabin of a narrowboat, looking out to the Vale of Pewsey. You can get a copy of it here in my Etsy shop.

It's inspired by a poster that a friend had on her wall about 40 years ago, with a view of the Pyrenees through a window. I put the poster in the painting, there on the bulkhead on the left. Here it is, look; you can still get a copy from Editions Fricker 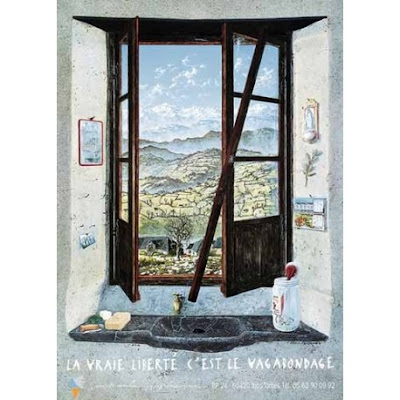 ...and here's the picture evolving, from the first inking onwards 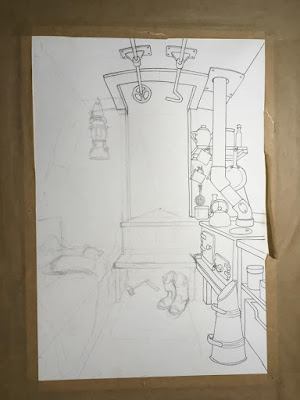 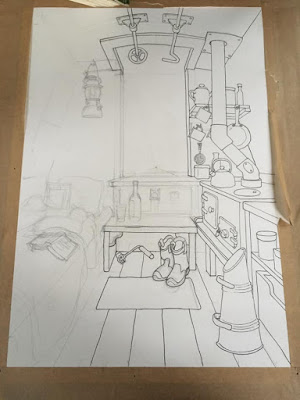 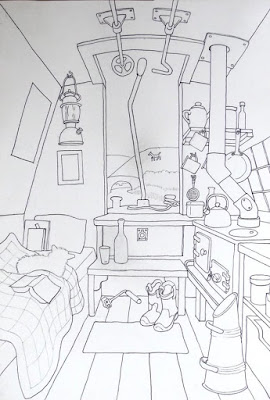 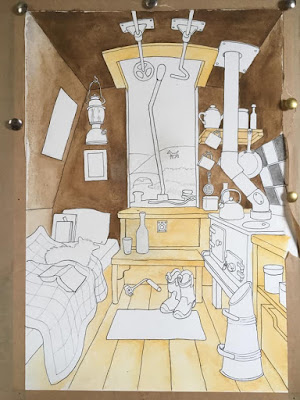 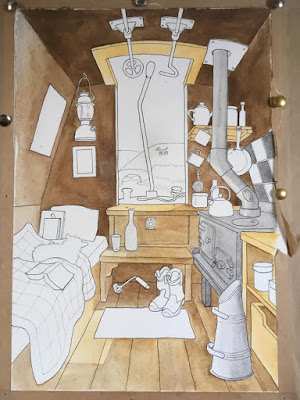 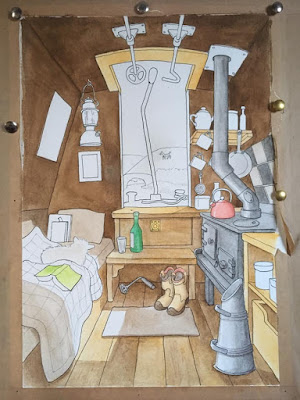 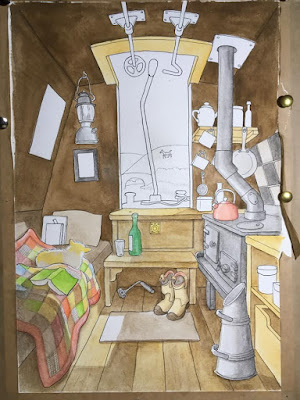 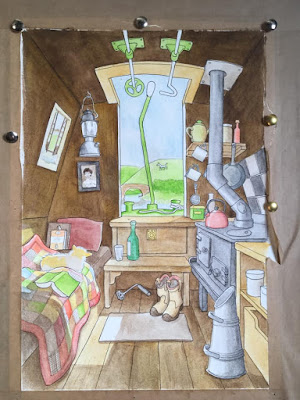 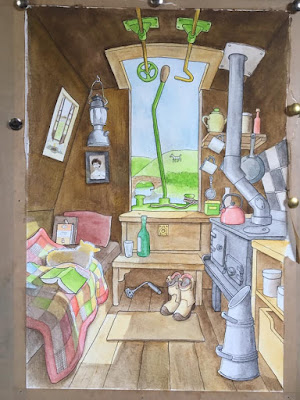