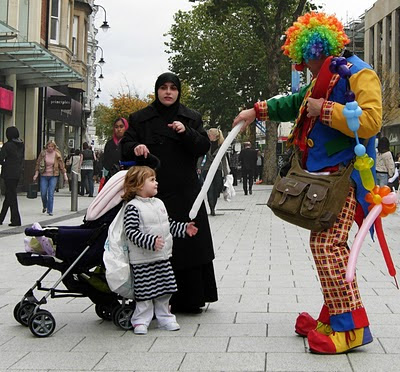 it's a rainbow thang, apparently
Bristol Pride is in full swing, and last night I was down at the Watershed for a talk called Gender Trouble- What is gender? What does it mean?

It was a bit Gender 101, but it was nice to meet up with people, which is possibly part of the point of it. So I won't delve into what was said, because you had to be there really.

What was fun, though, was that the toilets had been labelled as UNISEX for the evening. Maybe it was because the management were nervous about having trans people around the place. But I prefer to think that it was a subversion-of-the-binary thing.

So when I went to the loo, I did a quick eeny-meeny-miny-mo and went into the first of the doors. And there were a couple of chaps standing at a urinal, doing what chaps do. That's OK, I'm cool with that. I popped into a cubicle trying not to feel out-of-place.

Fair enough, probably. It reminds me of the time in John Reed's account of the Bolshevik revolution, Ten Days That Shook The World, where the revolutionary council votes enthusiastically to abolish smoking, and then continues smoking.