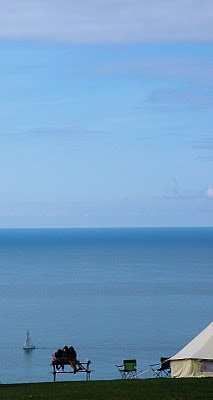 I've been down to East Prawle again, with Katie, Barry the gorilla, great mounds of camping gear, and a big Canadian canoe on top of the Trav. Which meant that, when we passed Exeter and began the long ascent of Telegraph Hill, we were down to first gear and a speed of twenty miles an hour. Still, we got there.

Fires, swimming, walking, Cirl Bunting, and so on. Here's a few pictures.

Meanwhile, Richard was in hospital, after sustaining a rather nasty injury to his leg, while playing cricket. Sport. A Bad Thing. Possibly. 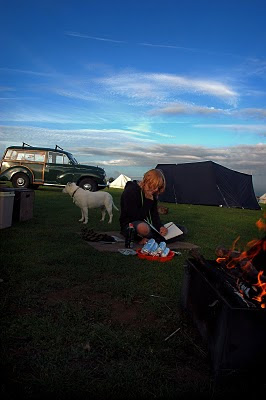 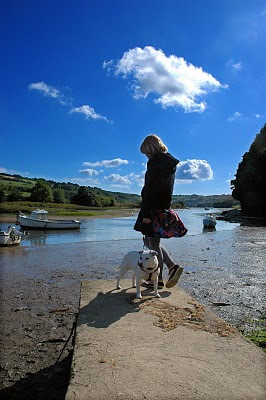