a Miranda sort of day 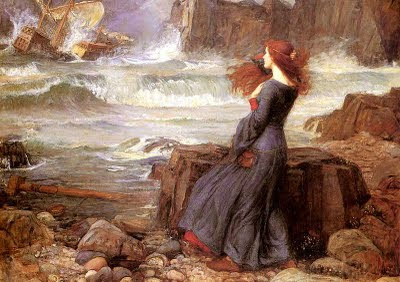 I kept bumping into Miranda today. I just thought I'd mention it.

First it was on Anji's blog, where she posted about Hilaire Belloc's Tarantella, you know, the one that goes "Do you remember an inn, Miranda?" (By the way, you can hear Mr Belloc reciting it here, if you can bear to watch that extremely creepy animation of his face....)

And then someone on a forum I use linked to Miranda on BBC iPlayer. This is a comedy starring Miranda Hart, who is quite large and, in this show at least, keeps getting mistaken for a transvestite, with hilarious results.

And then Kaptain Kobold, over on Flickr, was getting ready for a trip to Miranda, which is a suburb of Sydney, Australia, which is where KK lives. Australia, that is.

Sometimes things happen in threes. I wonder what it all means?