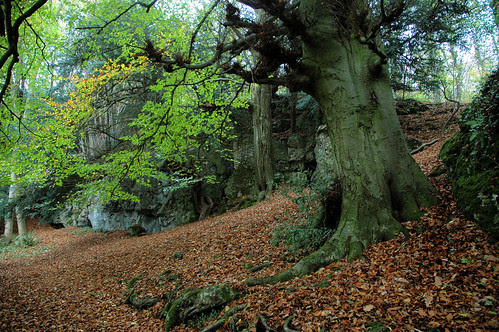 Katie had an Insect Day, so we went off to the Forest of Dean. Here we are at Little Doward, a hill at the side of the Wye Gorge above Monmouth. we looked in on Arthur's Cave, but there was no-one home. 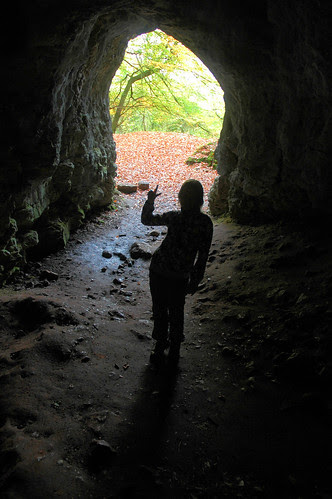 I'd hoped to hear stags grunting in the woods, as it's that time of the year; but there was only the shishing of leaves under our feet. And nuthatches calling through the trees. They're much more easily heard than seen, are nuthatches. As are stags, of course.

The best pictures are the ones you miss taking, of course, so there isn't a picture of the car broken down on the A40. It was quite an exciting breakdown. We were heading north from Monmouth, going up that long hill there, and I was just pointing out to Katie the wood on the hill opposite the road which had been planted so that "ER" was picked out in a deeper green against a paler green. I remember seeing that back in the 60s, when I passed along this same road (which was a lot smaller then) with my parents. And now I was pointing it out to Katie. And then suddenly the engine wasn't running any more. Fortunately, there was no great hulking lorry right behind us, but there was a serendipitous layby into which we coasted to a halt.

So there's fuel, so check electrics. Lift bonnet, peer inside. Ha! One of the two wires that supply the 12V to the HT coil's primary winding has parted from the crimped connector.

I stick it back. Engine starts, and we carry on.

"Isn't it better not to break down at all?" she responds.

"Well, we were just bimbling along feeling a bit blah after lunch before it happened, and now I'm really happy", I say. "It's really good when something goes wrong and it turns out to be easy to fix."

I'm not sure that she's convinced.

Today I am round at someone's house fixing the loo. It's been leaking and misbehaving and is generally overdue a bit of TLC.

When I arrive, they're in the kitchen with the telly on. "I don't really watch telly in the morning", my friend says as we go upstairs to get started. "It's Keith."

Keith looks up sternly from in front of the telly.

I strip down the cistern and we decide that it is best to replace the flushing syphon and the filling valve as they are a bit ropey. Keith appears and says "It's best if you change the parts while you're at it".

I reflect that this explains a lot, though I don't say so.

While we're rebuilding the cistern, Keith makes us cups of tea. "There's a nice Morris Traveller outside," he comments.

"It's really nice," he says. "They'll run for ever, those. You need to work on them though. Your tyres need more air in them. They're a bit soft."

Last time I had a musician in my car, of course, it was the Finest Swordsman In France, and he'd diagnosed three different problems with my car before we'd even got out of the city. 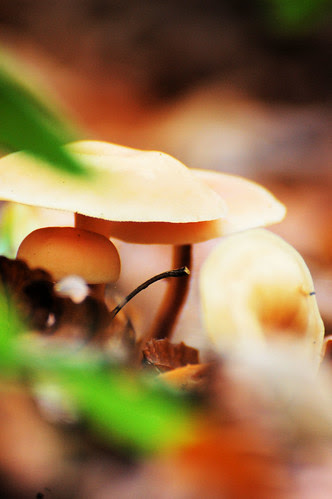 Email ThisBlogThis!Share to TwitterShare to FacebookShare to Pinterest
Labels: Finest Swordsman in France