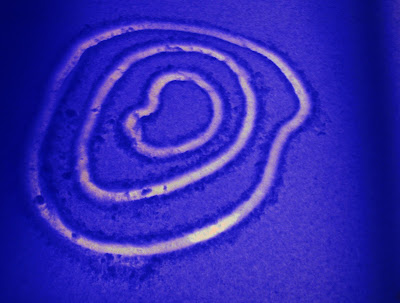 Listening to Laurie Taylor on Thinking Allowed yesterday, he said something that got me thinking. Appropriately enough, I guess. To a backing of Calling All Workers, he said

"I don't know whether I've somehow imbibed my dad's socialism, but as a child I couldn't ever hear this music without imagining a vast factory full of downtrodden workers who were required to fulfill their mundane repetitive modern-time tasks to the insistent, unrelenting rhythm of the marching radio."

..and there went another of my cosy versions of an imagined past, where I'd cycle into the factory along with a horde of fellow-workers, and spend a useful day building engines for Spitfires and spinning stuff on a lathe and designing something really neat on a drawing board, aided by my trusty slide-rule. And occasionally singing along to Our Gracie.

When I was building tricycles for children with special needs a few years back, I worked with a bunch of people who'd once worked in the engineering factories around the Stroud area, now defunct or reduced; like Lister, whose engines have powered several of the ships upon which I've worked. My colleagues' tales of life in the factories fitted reasonably well with my imagined past, though there were unpleasant things too; the description of the comapny in the link above mentions the good integration of Eastern European refugee workers into the workforce and locality in the immediate aftermath of the war. It doesn't mention the West Indian workforce who, as one of my colleagues described it, were brought in to work for Lister, but obliged to live in Gloucester because they didn't want That Sort living in Dursley.

In fact, of course, any workplace is going to have its annoyances and petty feuds and plain nastinesses, and the tricycle factory was no different. But I am thinking mostly of music-while-you-work, so I'll limit myself to that. The workshop always had the radio on. The best you could hope for was Radio Two, which was just about survivable, though I prefer Kenny Bruce and Terry Wogan as options rather than forced listening. As often as not, though, if the young apprentice got to the radio, it would be Radio One, or one of the local commercial stations. And that was deeply unpleasant, and contributed nothing at all to my productivity...

...silence was not an option, of course. Like telly in ships' crew messes. I remember a bosun coming into the mess of the Havelet, where I was quietly reading, and sticking the telly on. It was Rainbow. I asked if he really wanted to watch Rainbow. He said, in a tone of voice that said it should be obvious, "It's the telly, isn't it?" Duh.

My friend Mary had some work done on her house not long back, and was driven mad by the builders' radio, tuned to Radio One, very loud. She asked them to turn it down or off, pointing out that it was her home and she was in it. This did not go down well. I guess it's a class war thing. And a bloke thing. Like leaving fag-ends in the toilet, and tea bags on the draining board. A bit more civilised than pissing on lamp-posts, but. You know. 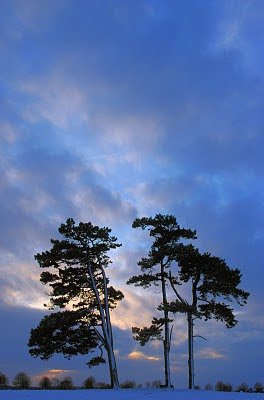