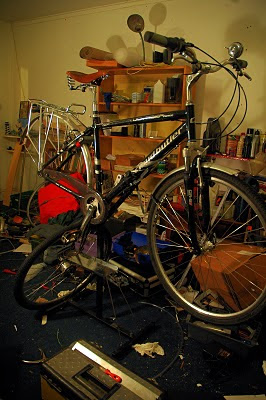 There was a thing on the radio this morning about the Darwin Award, which has been granted this year to a pair of bank robbers who used too much explosive, and blew up the bank and themselves. It's all a bit sad, really, like the Brazilian priest who flew off out to sea under a cluster of party balloons and was never seen again. I laugh, then feel a bit guilty at laughing.

Of course, I would never do anything so daft.

When the gear change mechanism on my bicycle froze up in the cold weather yesterday, I tried freeing it up with a gentle application of the blowtorch. And then a short time later realised that I'd set fire to the lever mechanism. The gear changer worked, though, until this afternoon. When it Ceased To Function.

So I stripped it down, and what did I find? 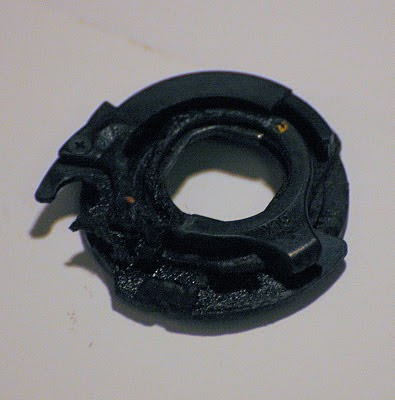 Uh-huh. New bits on order, and, well, maybe a lesson learned. Don't hold your breath though.