lots of horses in Devizes 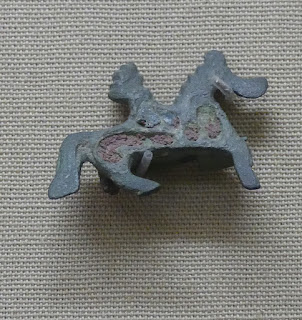 Being as how it was pelting it down yesterday, I took the brolly and went into Devizles to hunt down horses in the Museum. I found that they're making a Big Thing of Eric Ravilious, now that they've got his rough draft of a Puffin book he was working on before his sudden death in an aircraft in Iceland. There's a book out, an imagining of how it would have been, with some of his pictures in it. It's a well done book, but at £15 I shall have to think about it. 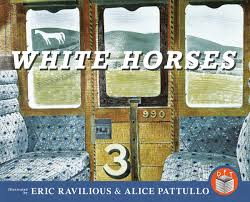 They're planning a Rav exhibition too, and fundraising for the £5000 that they apparently need...
I mentioned that I was working on my own white horses map, and the nice woman at the desk waved over at the tea towel one that they already have, and one of which I already have. I showed her my canal maps. "Oh, they're for CHILDREN!" she said, unenthusiastically.

I found the horse and rider brooch I'd seen online, and another almost identical, which was nice. 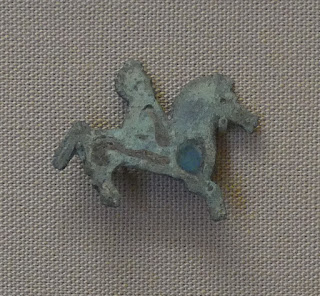 And this odd bird grabbing a... rabbit? -which reminded me a bit of the spoonbill with a frog, at Wells. 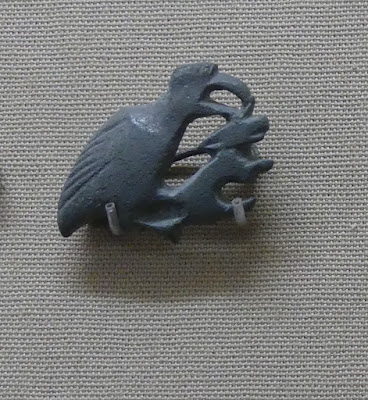 And the exciting Marlborough Bucket, with some sinuous gee-gees on it, probably Gaulish apparently, and sinister as you like. And photographing them through curved glass meant the photos were rubbish. I may have to go back with the sketchbook. After all, I qualify for entry concessions, as I am now ANCIENT. 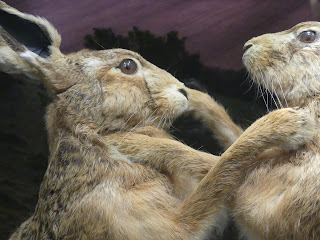 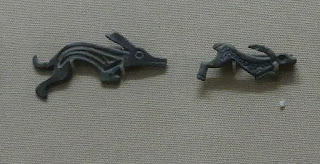