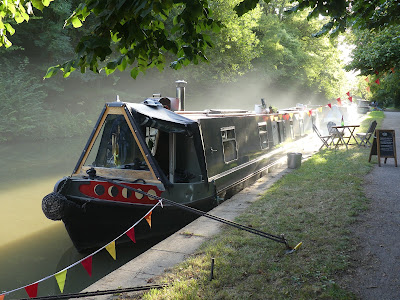 By early afternoon our boats had got too hot for comfort,
broadside on, unshaded from the sun,
and Phil and I were sitting on the big ash log
that someone years ago had carved a long bench from, and now the bugs were slowly claiming for their own. Small heaps of dust showed where stag beetles had burrowed, and every now and then we’d see an ichneumon consider possibilities as it hovered over them.

With just the most perfunctory of warning roars
a Hercules flew low and fast above our heads
and banked hard over, following the valley to the south.
Its camouflage was obviously meant for somewhere else,
more desertlike than Wiltshire on an August day.

The silence crept back in. A buzzard’s call was quite enough
to echo round this dome of sky, the pasture where the sheep
were huddled in the shadow of the tree, the idle boats.
And over Becky Addy Wood we saw a bank of what we thought was mist
blank out the treetops like a fret or haar. And then we smelt the fire;
“Oh, it’s the Amazon!” I said, and for then for just too long
we watched the spreading smoke, and said no more.


I wrote this poem last week, and yesterday was moored in the same place; three of us floating traders have set up a little pop-up event. That's Laura and Owen's cafe boat Wolf, freshly painted and beautifully signwritten by Ginny Barlow. In the late afternoon, smoke drifted again through the woods, making it all very atmospheric, and making the folk moving their boats squint as they tried to see their way ahead.

If you were up on the hill looking down, that'd be my boat there with the smoke coming out of the chimney. Though it's obviously much more autumnal at the moment. Must see if there's any elderberries left on the trees; elderberry cordial is good for keeping winter lurgies at bay. 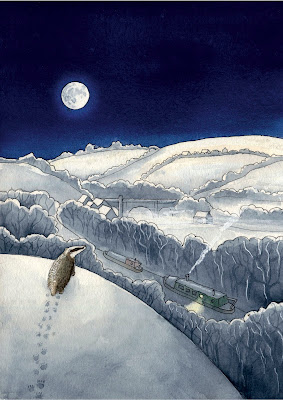