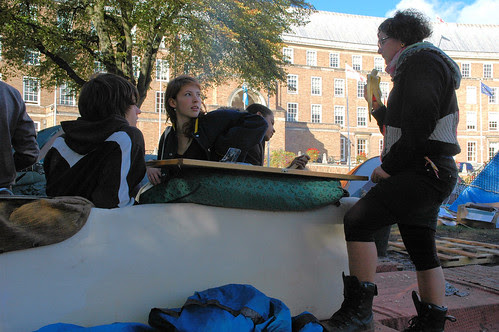 Occupy Bristol, originally uploaded by Dru Marland.
I dropped in at Occupy Bristol the other morning, just to see how things were going. Some chap advised me that I should ask permission before taking photos of anyone; which, as a matter of form, I was going to anyway, but hey. Some people didn't want their pictures taken, so I didn't; some were OK, so I did. 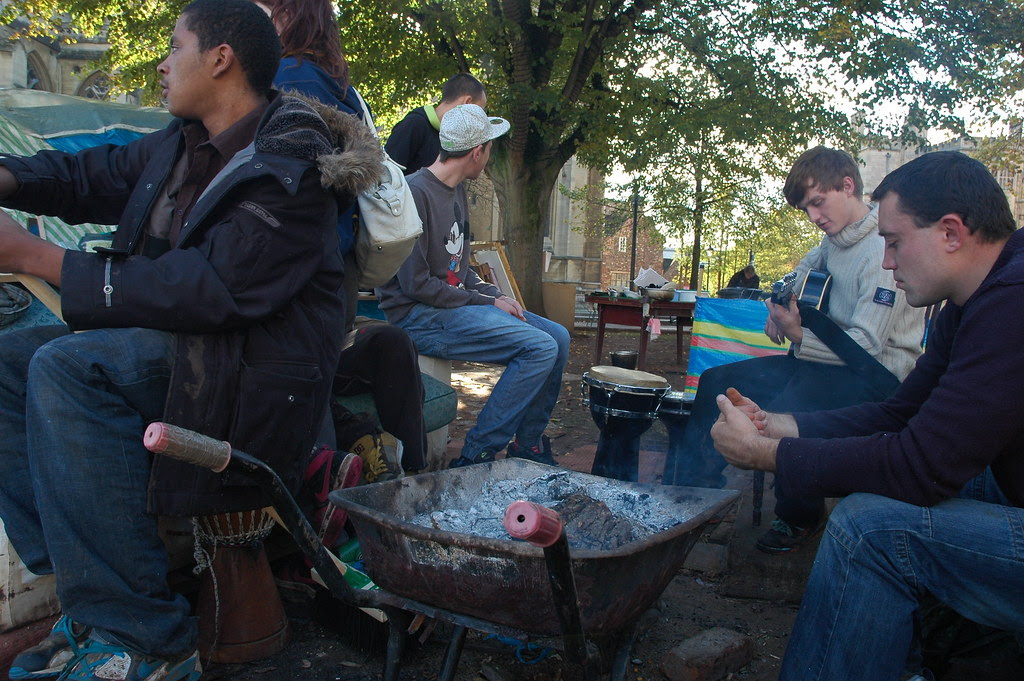 There were isolated acts of doing-useful-things going on, and I chatted with the young chap who was sifting through the bins, sorting the contents for recycling. He was just extricating a broken beer bottle from the cardboard. "You could do with some gloves for that job," I said. He agreed, so I gave him a wodge of disposable latex gloves (a box of them lives in the back of the car, ready for use in the event of unforseen mechanical problems). And carried on my way. 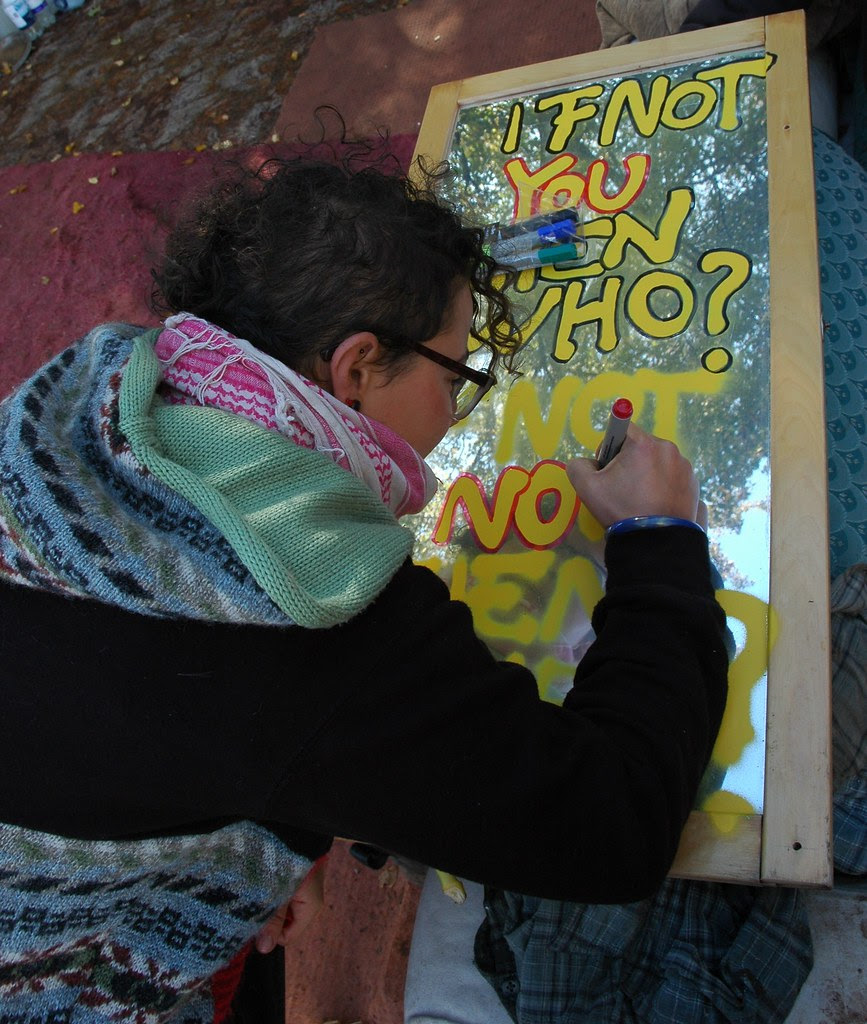 I feel ambivalent about the issue of taking people's photos without permission; it's often better to do so, because then they aren't self-conscious, at least if they don't notice you doing it. And in the case of the Occupy site, it seems a good idea to get as many photos of the camp as possible, to maximise the impact. And could it be argued that, by making a political statement as they are, their images become public property? -certainly, when I was prosecuting my case against P&O Ferries at an Employment Tribunal, I was deemed public property; I was actually followed around Southampton by a photographer in a car, one afternoon, as I cycled around trying to find some lunch...

Yesterday morning, at 8 o'clock, I got a phone call from a man asking if I was Linda Marland. I told him that I wasn't, and that I didn't know anyone of that name.

I tend to be careful about giving out any information on the phone, as there are so many nuisance calls and the occasional phisher....

It was Bloke In Suit.

"Hello; does Linda Marland live here?"
"No. You phoned this morning, didn't you?"

He was a reporter, trying to find a witness involved in the Vincent Tabak trial, which reached its conclusion yesterday morning. He seemed disbelieving of my denial that I knew the person he was trying to find. I can live with that.
Posted by Dru Marland at 05:51