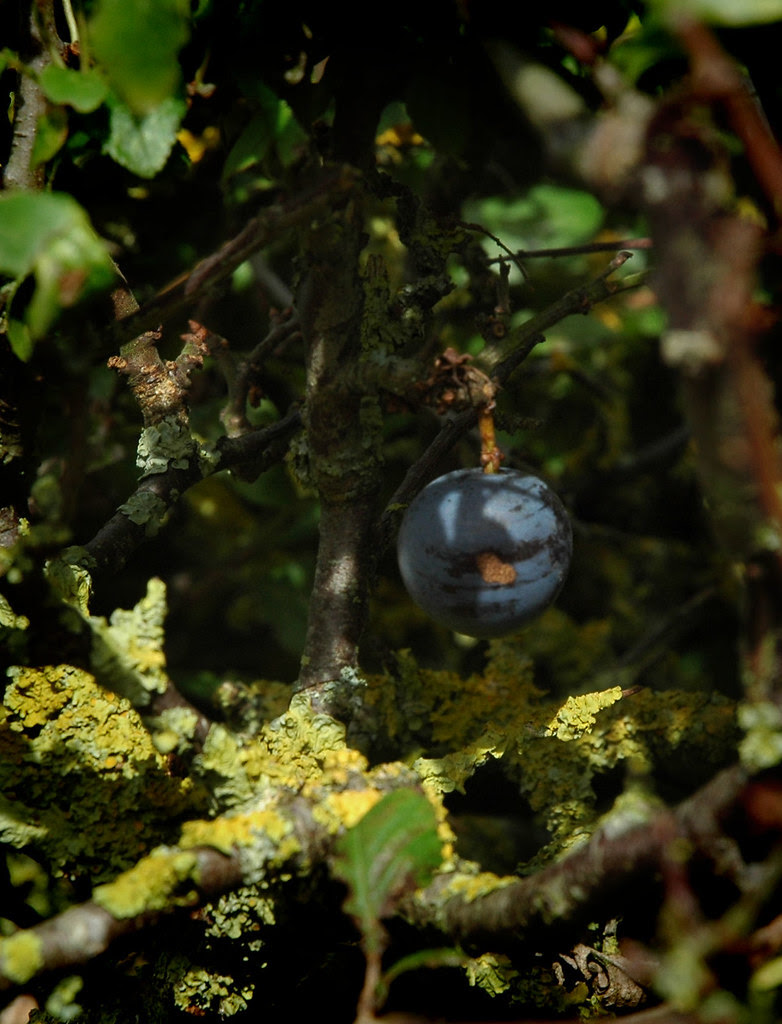 I'm snug in my parka, the wind is on the lively side of fresh. We're out on the water meadows by the Severn, up in Gloucestershire, looking for sloes. The first bushes we see have been stripped. But we find some, by and by. 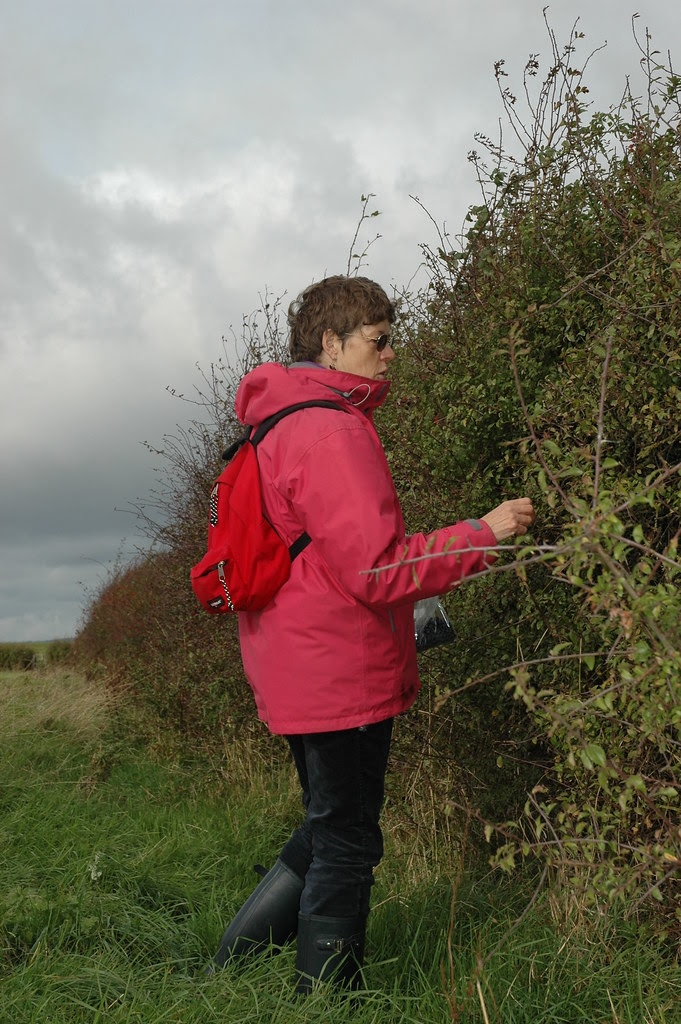 A big white bird. Was that an egret? Seemed to be a bit lively for an egret, but it isn't the sort of day for a lazy, indifferent sort of herony flap across the sky. Two decidedly herony herons unfold from behind the hedge and circle away. A crow rises over the same hedge and is flung skyward by the wind.

Two wheatears are bobbing in the grass by Littleton Warth. Then they up and fly off, showing the white arses that give them their name.

There's fox poo, carefully deposited on a rock for maximum effect. It's full of blackberry pips. I imagine the fox, carefully pulling the blackberries off the bramble with its teeth. Further along, there's badger poo, full of sloe stones. But I didn't take a picture of that, because a car had driven over it and it wasn't so picturesque. You know how it is, when you're photographing poo. 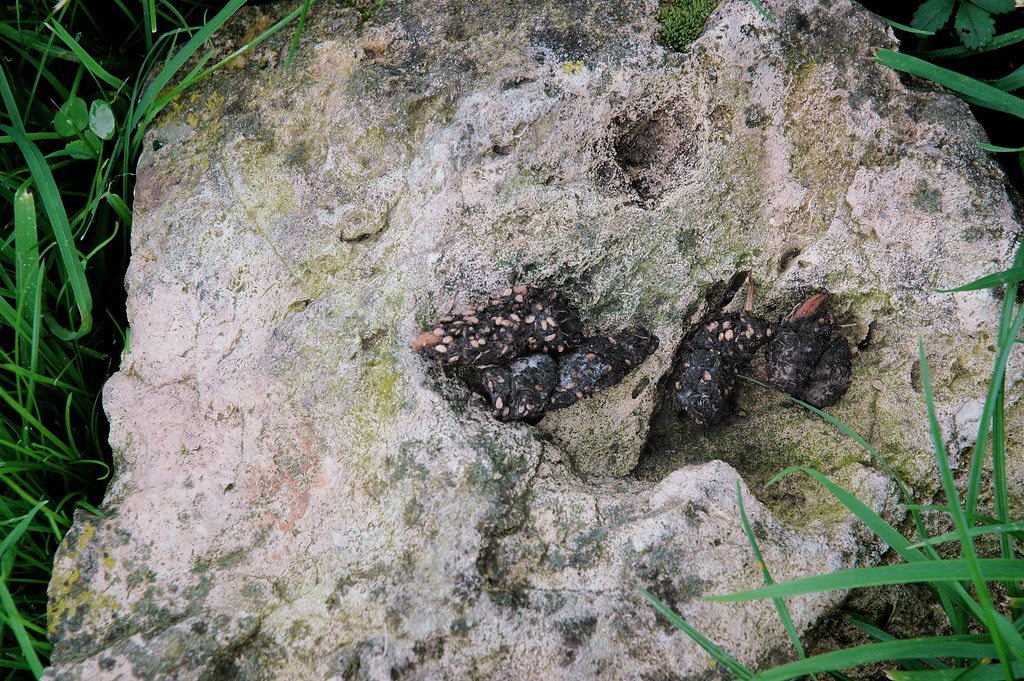