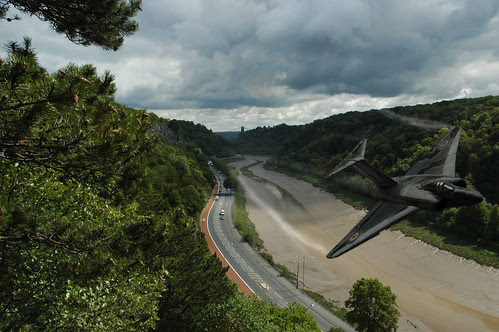 This chap flew by, the other day, while we sat on the edge of the gorge. Very exciting it was too.

There's something about bridges that seems to attract aeroplanes. The best-known flight under the Clifton Suspension Bridge was one that ended in disaster; a Vampire jet fighter, that safely flew under the bridge but then appeared to attempt a roll and crashed into the cliff on the Leigh Woods side of the gorge.

Looking around over on PPRUNE, though, it seems that several other jets had previously flown under this bridge, too. Including a Gloster Meteor, a Canberra B2, and possibly a Hawker Hunter. One poster reckoned that it was quite a popular activity, and the pilots would fly low until well out over the Bristol Channel to remain invisible to radar, to avoid being identified and reprimanded.... 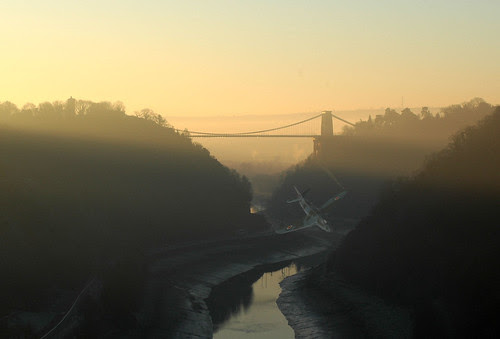 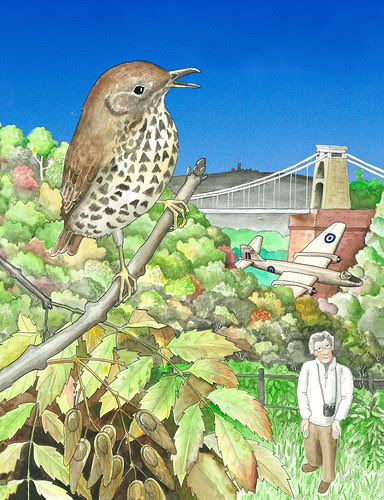