finding a rhyme for 'antlers' 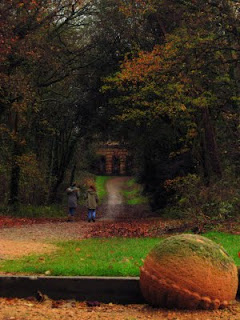 Quiet times here, as I recover from last week's surgery. I went to Kings Weston House yesterday. It's a fairly modest stately home, as stately homes go, and it looks out across council estates to the chemical plants of Avonmouth. I was gawping through the window and the woman at the desk inside beckoned me in, so I mustered John Terry, who had come along for the adventure, and we admired the staircase, and then saw this, which I, as a keen amateur ornithologist, recognised instantly as a Giant Irish Deer. 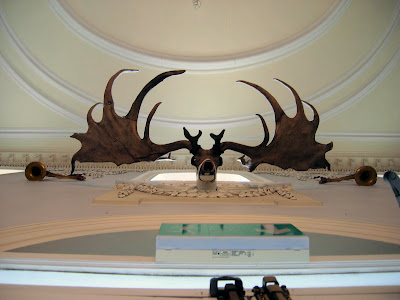 As he's been extinct for about 8000 years, I think it's a bit showy having hunting horns mounted next to him. Apparently he was a Souvenir Of Ireland.