an owl's cry, a most melancholy cry

I spent some time driving up and down motorways this weekend, taking K to and then from the Other Parent. It was a beautiful autumn day, and very hot. So hot indeed that I was worried about the engine temperature, and drove with the heater on full blast and windows wide open. When I arrived at the rendezvous, Checkpoint Chav, a motorway service station in the Midlands, I brewed up some water on the Trangia... 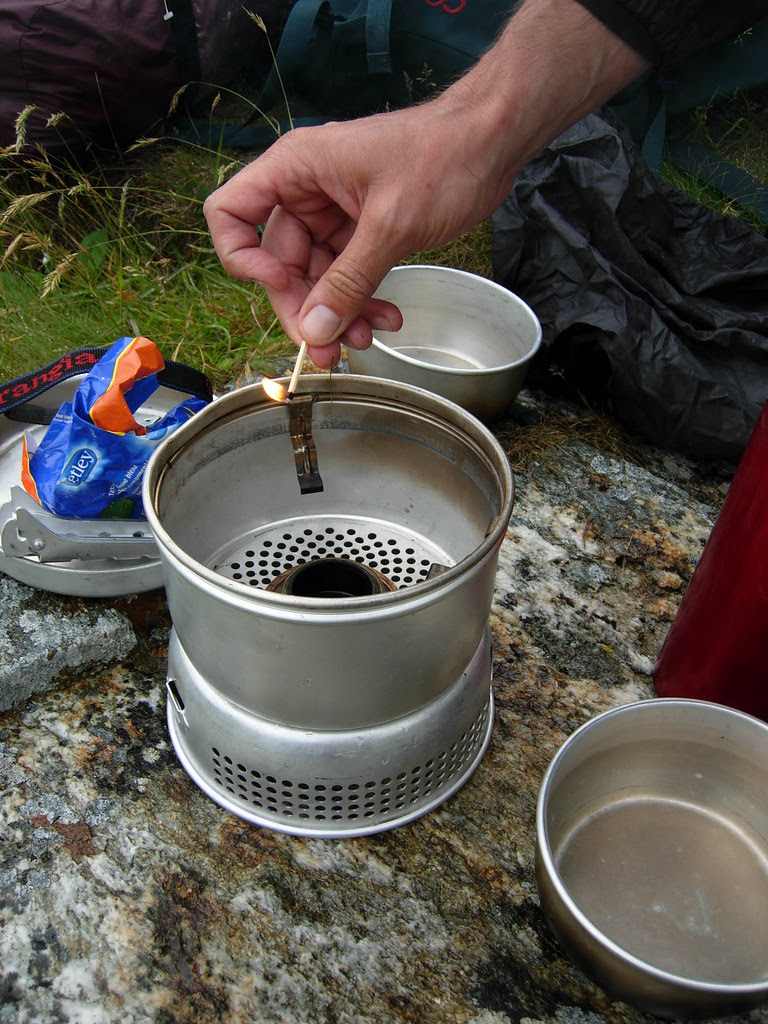 (Richard demonstrates the lighting of the Trangia)

....to top up the radiator. It was fun. I must remember to pack all the stuff for making a brew, so I don't have to buy the expensive drinks they sell in these places. Though brewing up in service stations is hardly The Call of the Wild...

Heading home again, we came down the Welsh border. I'd hoped to make it to Symond's Yat in time for the sunset, but at least we were there to admire the mist in the valley below. And the moon glinting on the river, and the lights of two anglers wading far below. And the bats. And the owls, which were hooting up and down the Wye gorge. Hence the title of this piece, which comes from an Edward Thomas poem I remember from school. Although for me it was a nice melancholy. Must be that Welshness rubbing off on me.

Downhill I came, hungry, and yet not starved,
Cold, yet had heat within me that was proof
Against the North wind; tired, yet so that rest
Had seemed the sweetest thing under a roof.

Then at the inn I had food, fire, and rest,
Knowing how hungry, cold, and tired was I.
All of the night was quite barred out except
An owl's cry, a most melancholy cry.

Shaken out long and clear upon the hill
No merry note, nor cause of merriment,
But one telling me plain what I escaped
And others could not, that night, as in I went.

And salted was my food, and my repose,
Salted and sobered too, by the bird's voice
Speaking for all who lay under the stars,
Soldiers and poor, unable to rejoice.