attack of the Costa Monga 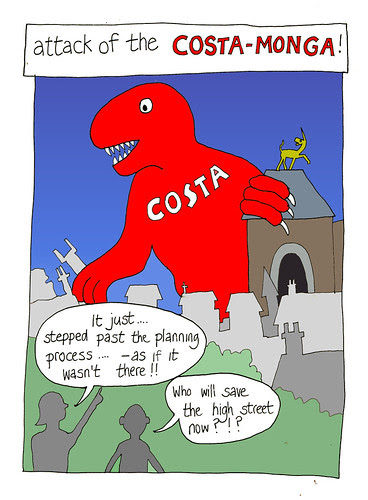 attack of the costa monga, originally uploaded by Dru Marland.

Bristol City Council is considering taking action against a branch of Costa Coffee, which is trading on Whiteladies Road despite having no permission for change of use from newsagent (the former business) to cafe. Meanwhile, the franchise holder, Stuart Montgomery, is developing another premises on Gloucester Road, again without planning permission. As Richard Leonard, who organised a petition against the Gloucester Road development, said; "Apart from the fact people don't want them in Gloucester Road, they are blatantly ignoring the wishes of local people and the council." 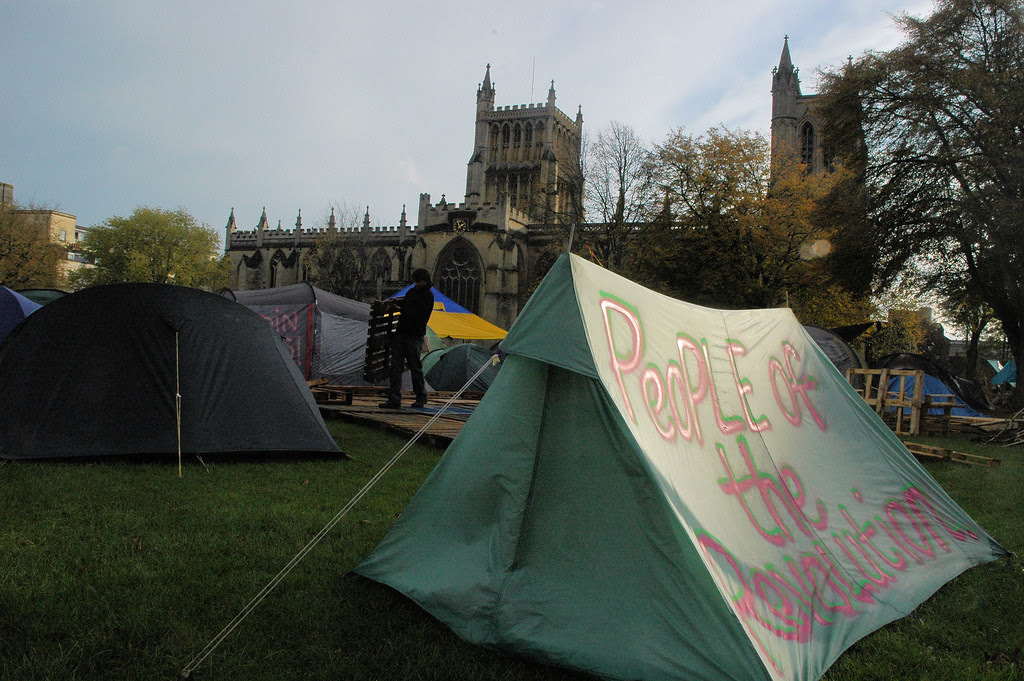 I was down at the Central Library yesterday, for the monthly Poetry Can lunchtime session. Called in at the Occupy Bristol site to drop off a bit of firewood; every little helps, after all. Later, talking about the Occupy Bristol site with someone I always thought of as a bit of an old Tory, I was pleasantly surprised to find that he was supportive of the movement. Which is heartening.

Alana Farrell read some work-in-progress, a ballad about the Dale Farm evictions, using quotes from the protagonists. I learned that a neighbour to Dale Farm, who is apparently active in the anti-traveller campaign, is himself on an illegally-developed site, though one which has been granted retrospective planning permission. An option which does not appear to have been considered by Basildon Council in the case of Dale Farm.