raven a video by Dru Marland on Flickr.
A bit of wildness passed through the neighbourhood yesterday morning. I was tapping away at the computer and making my way through a big bowl of coffee (Illy espresso, hot milk, squirty cream and a sprinkle of cocoa. It was Sunday morning). I heard a distinctive cronking. Hauling up the sash window, I leaned out just in time to see a raven dive through the back gardens, rolling as it went, then climbing and cronking in an exuberant wide curve over Westbury Park. I scrambled up the ladder to the roof, and watched as it was joined by a second raven, and they beat round in another circuit, putting a flight of finches into a fluster as they went. 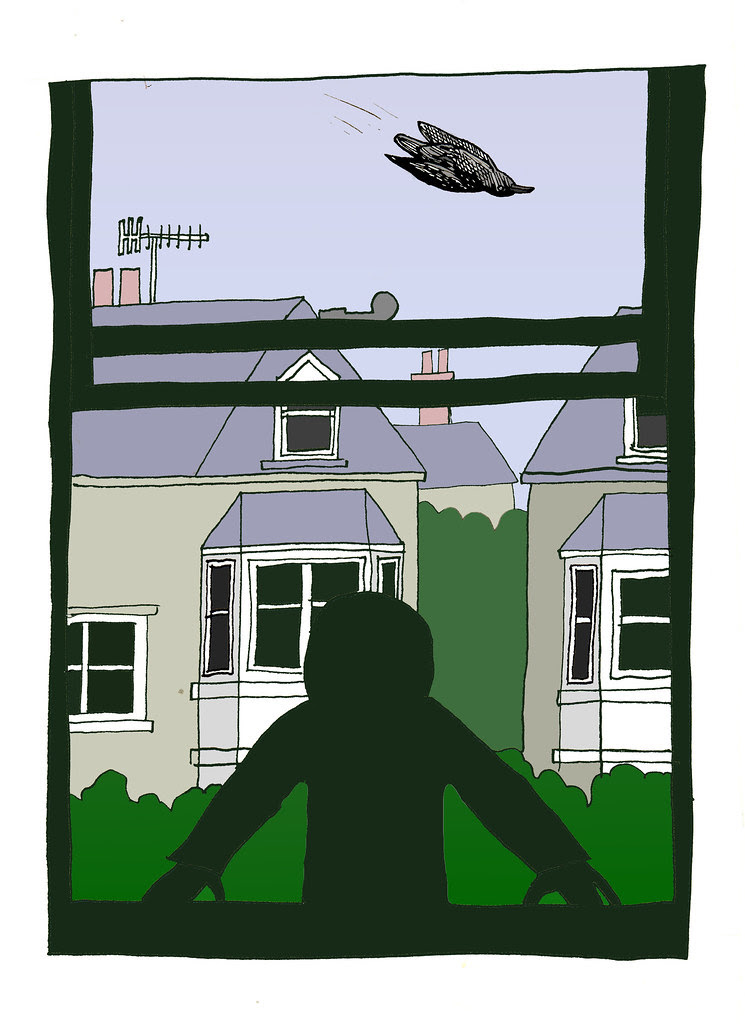 Then they were gone, and there was just the pink-tinged cirrus of the late dawn, way high up, and closer overhead the businesslike grey clouds, fresh from Africa and scudding north as fast as the breeze would carry them.
Posted by Dru Marland at 06:31