Summerskill, and the living is easy 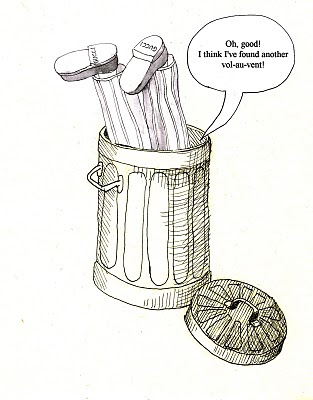 Upside Down In Cloud has been an occasional chronicler of the Gays In Ties phenomenon, and has watched the rise and apotheosis of Ben Summerskill, chief executive of Stonewall, with the appalled fascination with which you might observe your neighbour's lurcher doing something you think it probably shouldn't and you didn't quite think possible anyway.

There was a bit of a hoo-ha two years back, when his tame organisation nominated Julie Bindel for their Journalist of the Year award, despite the rather unsavoury and somewhat partial nature of her writings about transsexual people. After all, as Ben takes pains to point out, Stonewall doesn't have anything to do with transsexual people.

Which didn't stop them, apparently, from consulting recently with government ministers on the matter of trans people, marriage, and GRCs. Fair enough, you might think. After all, I understand that they may have seen some trans people once. Standing outside the V&A in the rain, or something. So they know what they're talking about, I guess.

Latest wheeze in the 'let's piss off the trannies' game is one of this year's nominations for that prestigious Stonewall Journalist of the Year award. It's Bill Leckie, whose work has been cited by Stonewall Scotland (no relation- they embrace diversity up in Scotland, apparently) as an example of negative media portrayals. Here's an example of his work, from the Sun

EIGHT o’clock on Wednesday and an army of frighteningly ugly women are pouring into a boozer called Prism for bingo night. Or at least from a distance they LOOK like women. But then you see the poster on the door.
And you realise that this isn’t just any bingo night. It’s Drag Queen bingo night.
Now, I can’t pretend that my devotion to this column is such that I wiggled along to see how it went. Not when I got there and saw someone going in with the same frock.
However, my sources tell me it went a little bit like: “Two fat ladyboys… 88. Unlucky for some … unprotected sex. Five and two… Danny La Rue.” And someone shouted: “Really nicely-decorated house!

-hmmm. It's almost certainly a Good Thing that gay men are now far more socially acceptable than they used to be, at least in some quarters. But I sometimes get the feeling that some of them want to pull the drawbridge up after them. And in at least some cases, they remind me of the dominant pigs of Animal Farm, at the end of the story...

Twelve voices were shouting in anger, and they were all alike. No question, now, what had happened to the faces of the pigs. The creatures outside looked from pig to man, and from man to pig, and from pig to man again; but already it was impossible to say which was which.


Thanks to Zoe O'Connell for alerting me to this in her blog
Posted by Dru Marland at 17:09