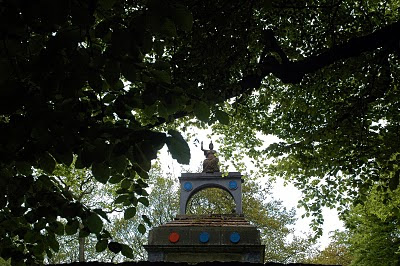 Having mentioned the Kymin in my previous post, I was passing close by there yesterday and thought it would be nice to call in, as I wanted to photograph some wood anemones. So I swung off the main road at Monmouth and rumbled slowly up the steep, windy lane to the top. And as soon as I switched the engine off, I heard a blackcap singing, closely followed by a willow warbler, and then the blackbirds and chiffchaffs joined in too.

We seem to be rushing towards summer- I'd only just got used to the blossom on the trees when it was already past its best and being blown away by the wind, the spindrift of spring.

The Naval Temple was almost lost in the foliage; its assertion of "Glorious Victory" seemed a bit presumptuous in the luxuriance of the fresh growth, which blossomed and flourished as leaves on a tree...


Couldn't find any anemones though. Damn. Hope it's not too late already. 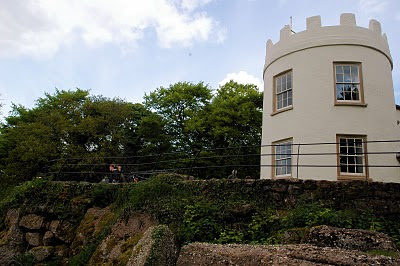