the fairies at the bottom of the garden 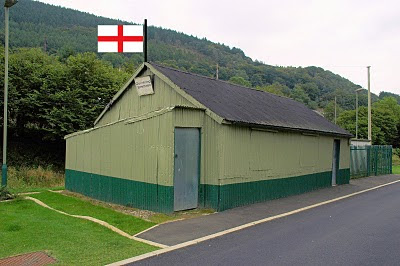 As you know, I've been following the shenanigans over at Aberfatican, that sleepy village nestling in the Cambrian Mountains where, you will remember, Dai Pope ("the only Pope in the village") has been protecting his shepherds from unjust accusations made by some of the sheep.

News now reaches the Marland wigwam about funny goings-on in the neighbouring village of Rhydytory, where Philippa Stroud has built her own little chapel so that she has somewhere to put on her religious trousers and dash around the village with a big stick, chasing out the fairies that live at the bottom of peoples' gardens. It is well-known that you can catch transsexuality (and even, possibly, gayness) from fairies at the bottom of the garden. Apparently she is putting herself up for election to the Rhydytory Parish Council. Upside Down In Cloud is happy to endorse her campaign. You can trust a candidate who chases fairies from the bottom of your garden.