I've been decanting the damson vodka, because it's that time of the year. Which has left me with lots and lots of damsons that are pretty well soused in vodka. So I've been making my own alcoholic damson chocolate bars.

First, remove stones from damsons. I use one of those cherry pitting devices, which you can see there to the left of the plate.

Then chop up the damsons. 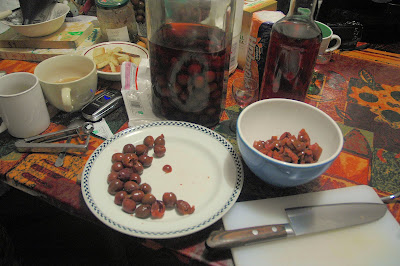 Meanwhile the chocolate that you put on the stove to melt, using a chocolatier if you have one, will have been melting. Well, duh.


So you pour it onto a tray that's got a piece of greaseproof paper on it. 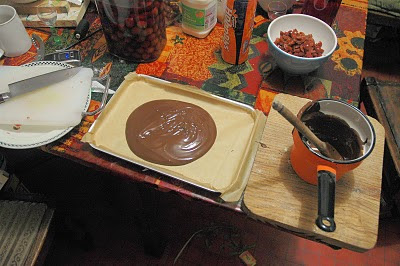 And then you scatter the damsons over the chocolate. 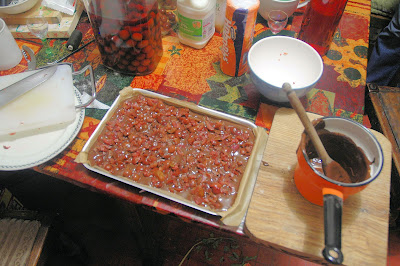 And then you cover the damsons with more chocolate. 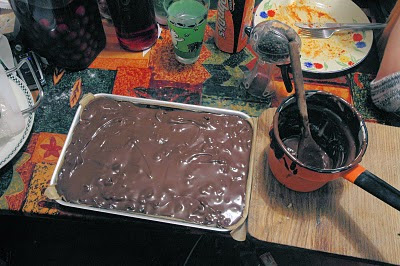