hunting for the pavement cyclist

If the Bristol Evening Post is to be believed (stop laughing, you at the back, please, I said 'if'...), the very fabric of our society is threatened by hordes of rabid cyclists disobeying the Highway Code like there was no tomorrow. Mere anarchy is indeed loosed upon the world.

So I went hunting for 'em.

First I went down the Gloucester Road. It was slow going, because the traffic flow was impeded, as it always is, by cars parked where they shouldn't be, like these. 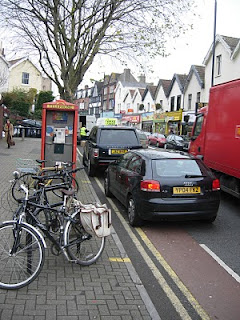 Oh look! Cyclists. I wonder if they're anarchists? But damn, they're cycling on the road. And smiling for the camera. Little tinkers. 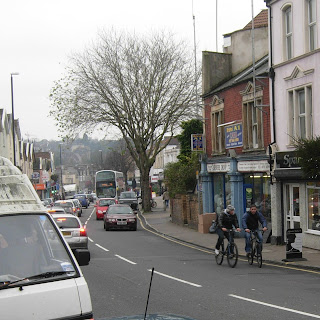 I had a good look at the sign on the other side of the road here, because there were so many cars parked here that I began to wonder if parking was actually allowed. No, it isn't. 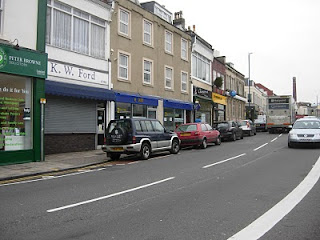 And then I went over to Cotham Hill, which has been in the news lately after a lorry crushed a bicycle and injured the rider.


It was a normal morning. A lorry was parked up on the pavement, and pedestrians were stepping out into the traffic to get round it, as you see here. 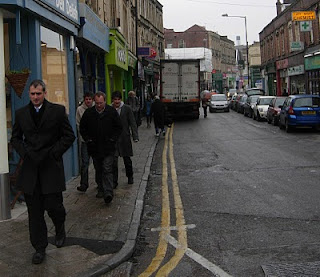 Another lorry that had been making a similar delivery further up the hill came down, then reversed around the corner and went back up the hill because it couldn't get past the first lorry. 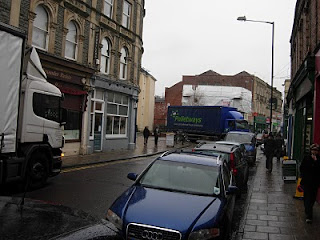 Pretty normal sort of day for Cotham Hill, really. The driver of that car W837YOC is to be commended for their courtesy, by putting on their hazard lights when parking where they shouldn't really park. A small gesture, but it says "This really is an emergency! If I don't get my hands on a skinny latte very soon, I won't be responsible for my actions!" 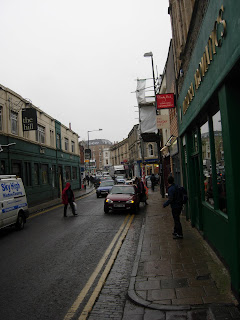 Then up Whiteladies Road. All these cars are parked on the double yellow lines on the approach to the pelican crossing. 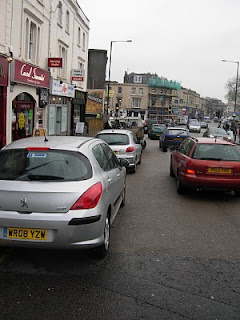 And this is a popular place to park, higher up, so that you can dash into the bank or the Building Society. 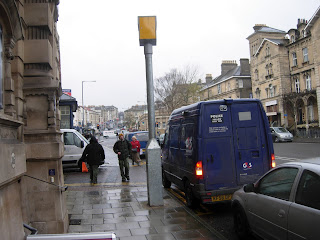 I didn't bother photographing the cars parked on the double yellows that go with pedestrian refuges along Whiteladies Road. In fact I've only uploaded a few of the photos, because otherwise we'd be here all day.


Oh yes. Pavement cyclists? Sorry, I didn't see a single one. Unless this woman counts. She's evidently got a bicycle somewhere near by... I wonder if she parked it dangerously? What do you think? 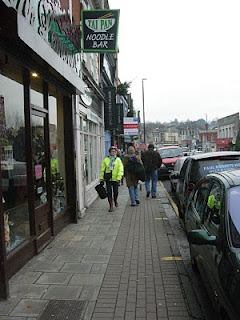