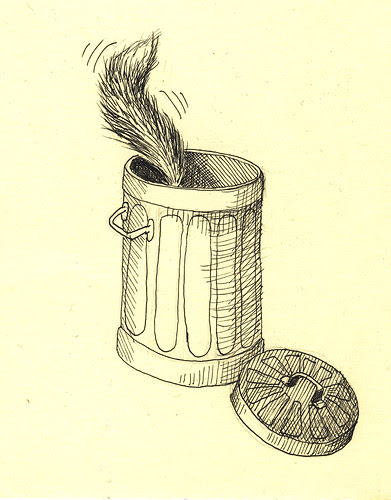 ooh, what's this down here?


Every now and then, as we know, there's something written about transsexual stuff in one of the papers. This one being a case in point. Quite a good article, actually, for the Guardian; a nice change from their usual Julie Bindel silliness on the subject.

And then, sure as night follows day, there will come loads of comments. And behold, it is ordained that, on occasions like this:

someone will object to the term "cisgendered"when applied to non-trans people, saying that "man" or "woman" (but usually "woman") is all the description needed for themselves thank you very much

someone will bring up the matter of womens' loos, and say that they don't want to meet men in there. Well, quite, and thank you for bringing that to the table

someone will say "Yeh but you is bloke in frock innit"

(and then someone will give a reasoned and cogent response)

"Yeh but you is bloke in frock innit"

"Yeh but you is bloke in frock innit"


....and so time passes and nothing much changes, presumably. I must admire those who fight the good fight by engaging with these types, but it's kind of vertigo making, when you think of how many millions of people, some of them even capable of some rude approximation of thought, have ready access to the internet. You could spend every waking hour battling pondlife, but I suspect that you'll just end up with soggy wellies and duckweed down your best top. Life, perhaps, is elsewhere.

"Cisgendered" is a useful word when discussing trans/not-trans matters, since trans people are frequently not merely described but defined by their transness, and in discussion you need something to describe those people who are identified by their not-transness. It does seem odd that some folk object to its use when applied to them, but I note the fact that some folk do indeed object to it. So it goes. I am not entirely happy with 'transgendered', or indeed 'transsexual', as terms, but I accept their occasional utility. It's a language thing. We use it to get ideas across.

Here's an e-mail from someone whom I met the other day. She does reporting for a radio station, and we're doing an interview sometime soon. I have anonymised her. Indeed, she has rather de-personalised me: as you can see, I apparently feature in her address book as a trans exual (sic), although we have met and she knows my name.

What's the difference between an adjective and a noun? Well..... -are you, gentle reader, a cissexual? -and how would you feel about being introduced to someone as simply "a cissexual?" -maybe it's like having, say, a wooden leg. It's something you have, but not something that defines you. Well, hopefully not.

...I was having a bit of a laugh about this with Richard. As you do. You know.

R: That makes me think you should run an anagram program on words like this - see what the exuals might be up to these days

D: I suppose as a writer you might count as a textual exual?I'm just a usual exual. While you're an ex unusual.