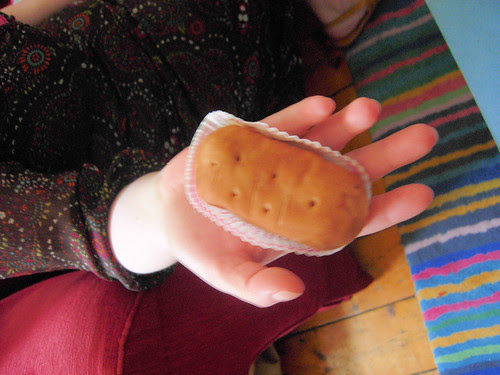 ...it's more than just potato, you know

So here is a short transcript of part of an interview conducted by Anthea Page of Dialect Radio with Toni, of the Bristol LGB Forum, at the Becoming Drusilla launch in Bristol, where she makes some very good and more widely-applicable points

A: Do you think that it's (Richard) who has the problem rather than the public? -I mean a lot of people don't worry... if a man turns into a woman... I think people are quite broad-minded about that...

T: I think some people are, but if we're honest some people will have problems and all of us, in the privacy of our own heads, have to ask "Do I have a problem with that?" -because we'd all like to believe ourselves to be liberal and open-minded but actually.... the liberalism we anoint ourselves with is just a mask... I think a lot of us are prejudiced... there is an identity which you are supposed to conform with and if you do not you are a novelty, an amusement, but not 'somebody I would like my children to hang out with', not 'someone I would invite to dinner....'

The full program can be heard here, and the interview is about 45 minutes into the show