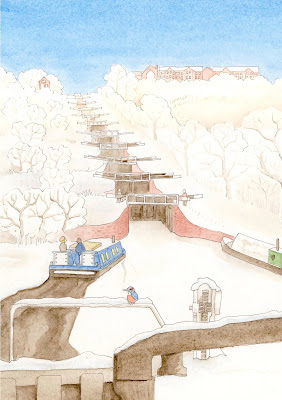 It's perishing cold on the canal, with freezing fog hanging in the steeply wooded Avon valley between Bradford on Avon and Bath. Everyone's got the canal lurgie that always spreads from boat to boat, as though it were carried by the foggy miasma through which we stumble, just as it used to be thought that the ague or malaria were spread by the damp air. What with that and the mud, it's all a bit medieval brigand, I can tell you.

Talking of medieval brigands, Sherry Jim's been wandering around looking cold and sorry for himself. His big seagoing boat had neither stove for heating nor stove for cooking, and a boat can get blooming cold without either, let me tell you. (I usually let my stove go out overnight, and it's a bit of a trial waiting for it to heat up again in the before-dawn dark). I lent him my little Primus stove to cook on, and he found a woodburner being sold remarkably cheaply, and trundled past with it in a wheelbarrow, so all is well.

A group of ramblers (they're like walkers but radiate self-righteousness) came by the other day; several of them fanned their hands before their faces and coughed theatrically, as they passed the smoke from my neighbour's boat. "It's supposed to be a SMOKELESS ZONE" said one. "It's smokeless fuel" I replied. But really, what the hell are we supposed to do to stay warm? -these entitled sods will no doubt drive their cars home to their centrally-heated houses... I guess they just don't like seeing liveaboards and our impolite lives. 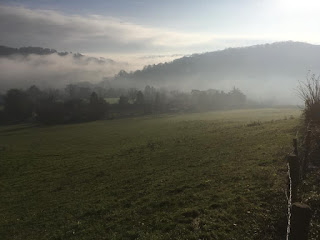 I drove over to Bristol to pick up some new cards that Minuteman Press had been printing for me, including the one at the top there, of Caen Hill in the snow

Driving up Brassknocker Hill I emerged briefly into sunlight. Funny to think that down there is the canal and everyone's huddled in the cold with no escape from it. I stopped to take photos; with only my phone, they don't look particularly wonderful, but so it goes. It was a magical sight.

I also picked up my post, which included a copy of Jane Russ' new Robin Book from Graffeg Press, which includes a couple of my pictures and my round robin poem, and some terrific work from some admirable poets and artists, including Deborah Harvey, Tamsin Abbott, Hannah Willow and Karin Celestine. Very seasonal! Makes an ideal Christmas present!

There is one small typo in my poem there, but what book comes without a typo? -when I took delivery of Drawn Chorus, I spotted the typo the moment I opened the first copy. It's just one of those immutable laws of publishing. 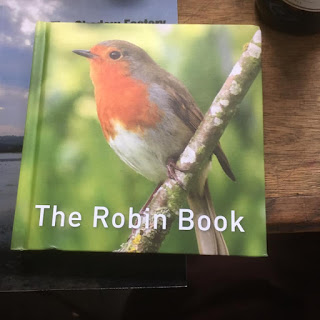 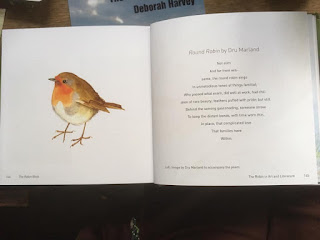 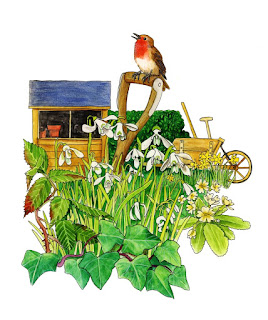 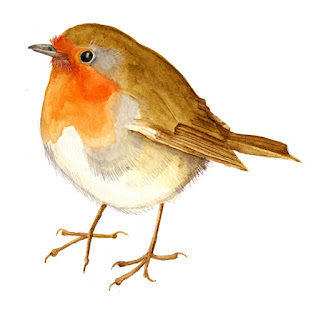