breadmaking on the boat 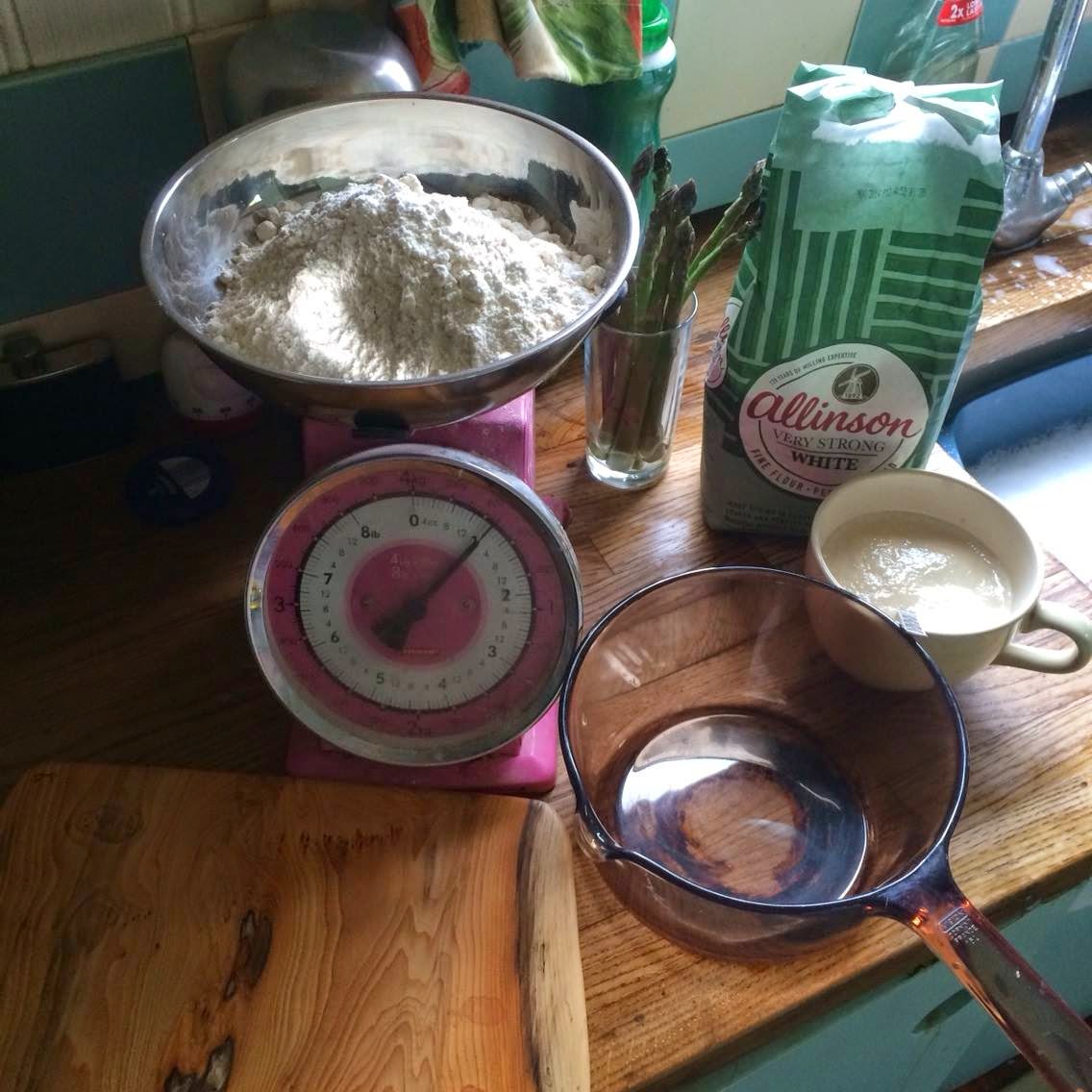 I've been working on ways to bake a decent loaf of bread on the narrowboat; I've been making my own for decades now, and it would be good to continue doing, especially when you can't be sure of being able to buy a decent loaf near where you're moored.

Trouble is, the calor gas stove does not get hot enough to cook things properly. So I tried baking in the solid fuel stove. 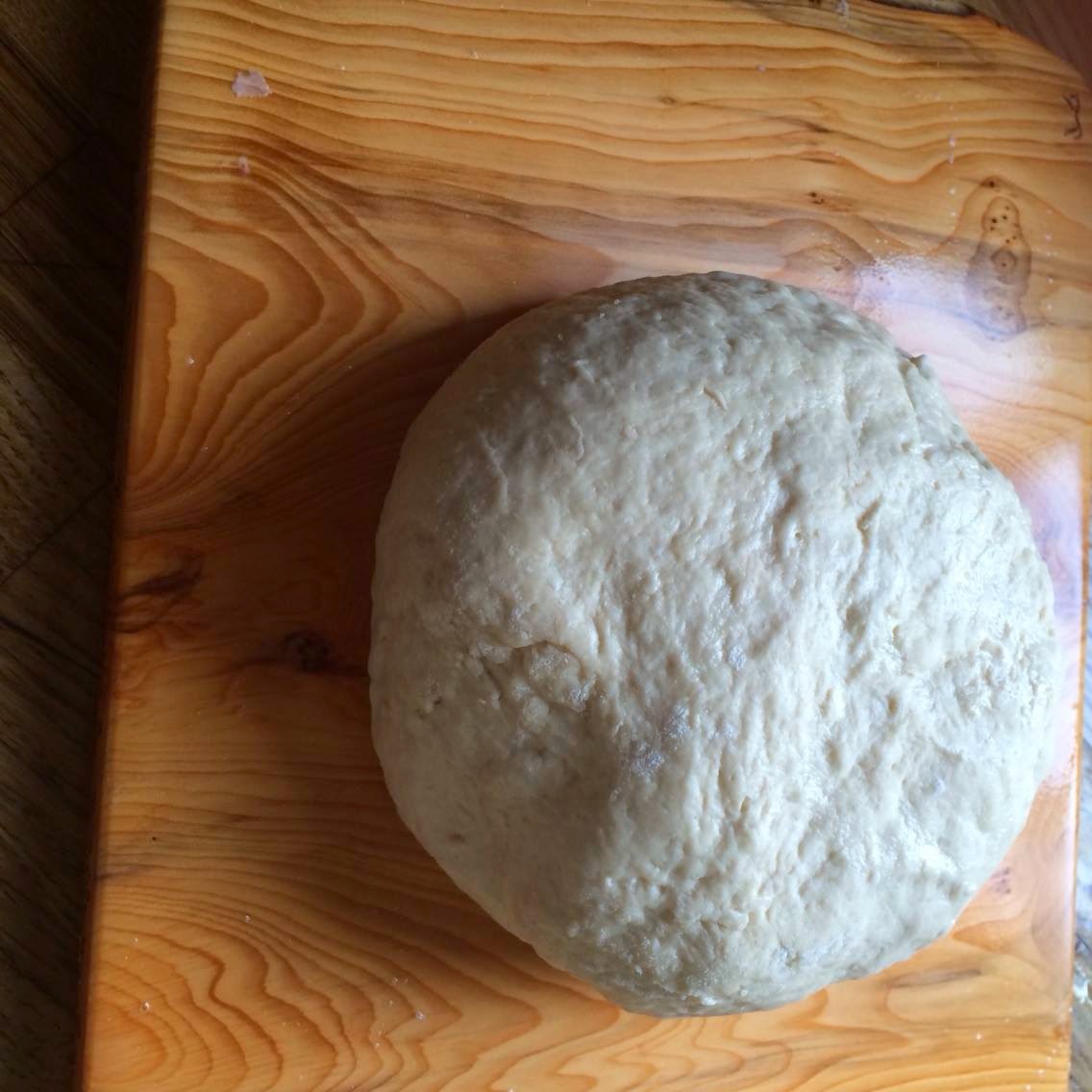 I got a decent fire going while I made the dough and let it prove. 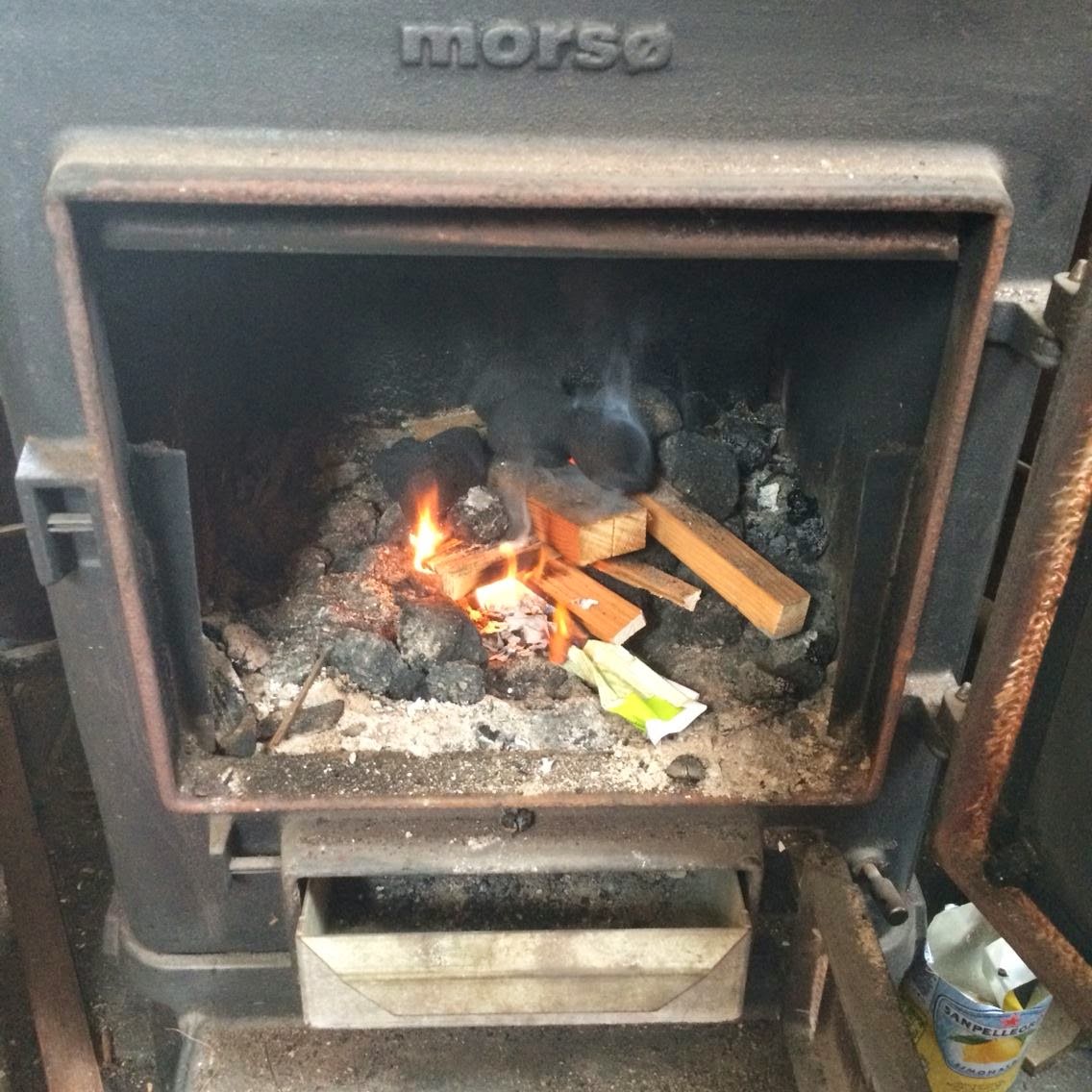 Then I raked the embers to the sides and bunged the dough in my cast iron pot, into the stove. 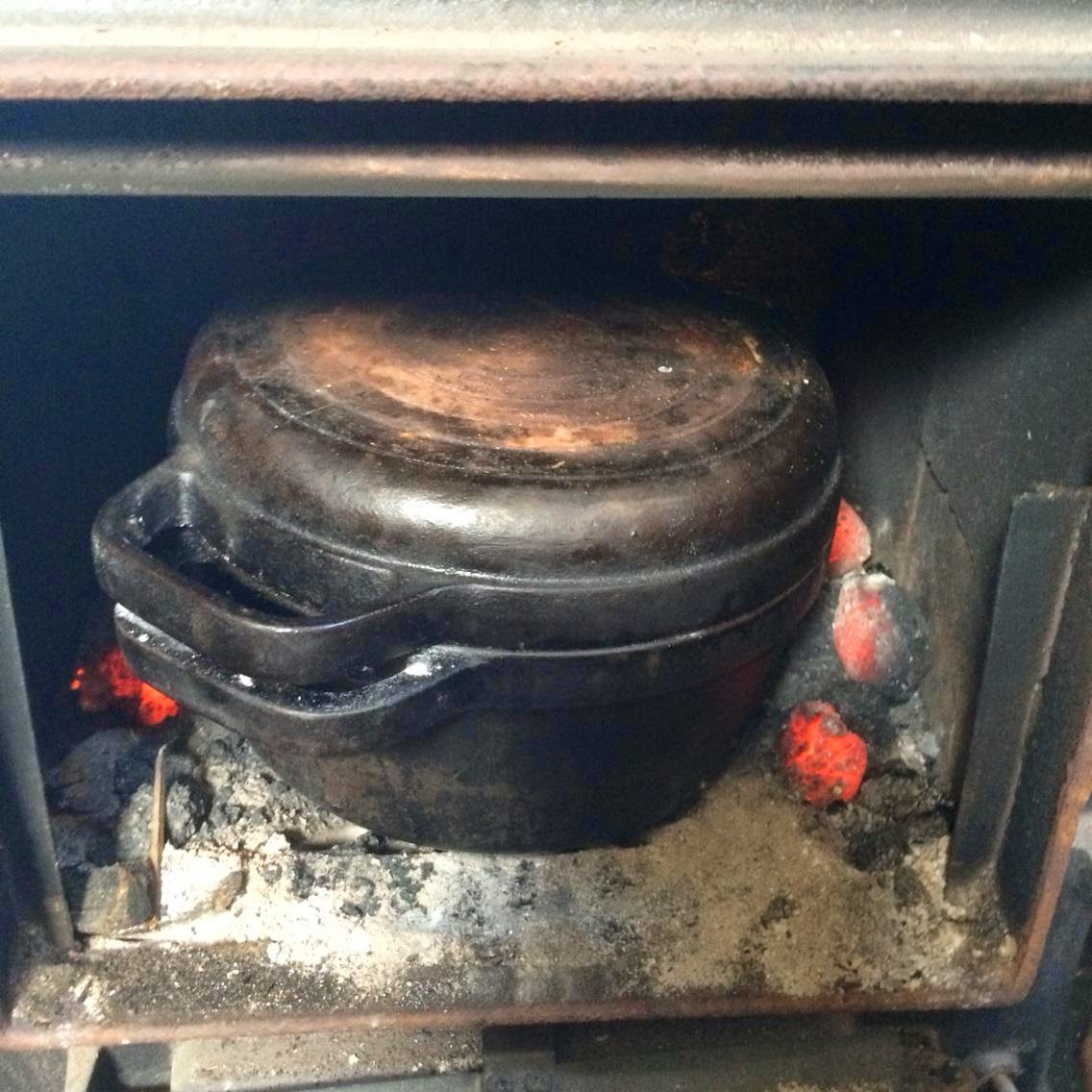 After about 15 minutes I checked it. The top looked a bit pallid, and the bottom was burned. 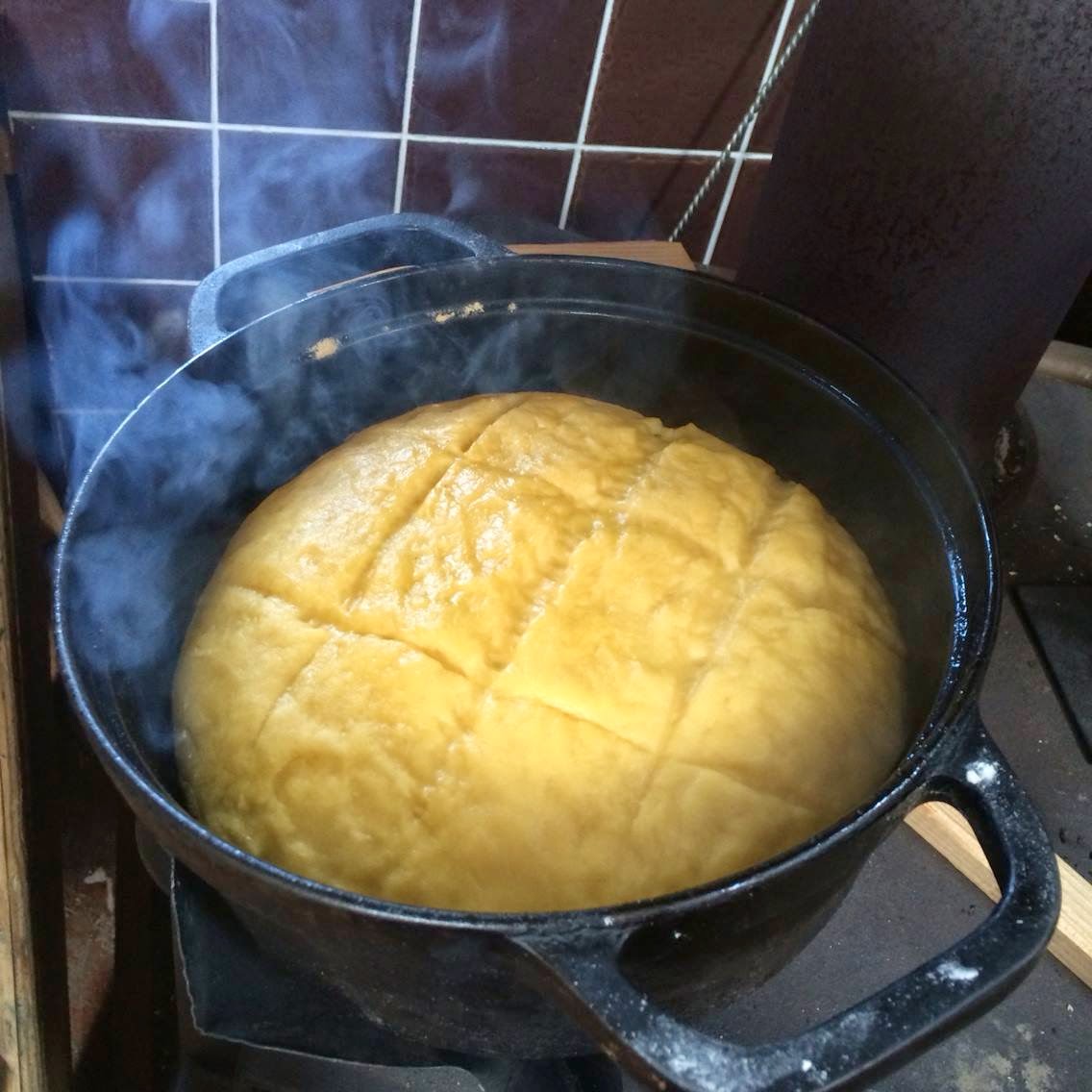 I turned it over and put it back for another five minutes, which browned what had been the top. 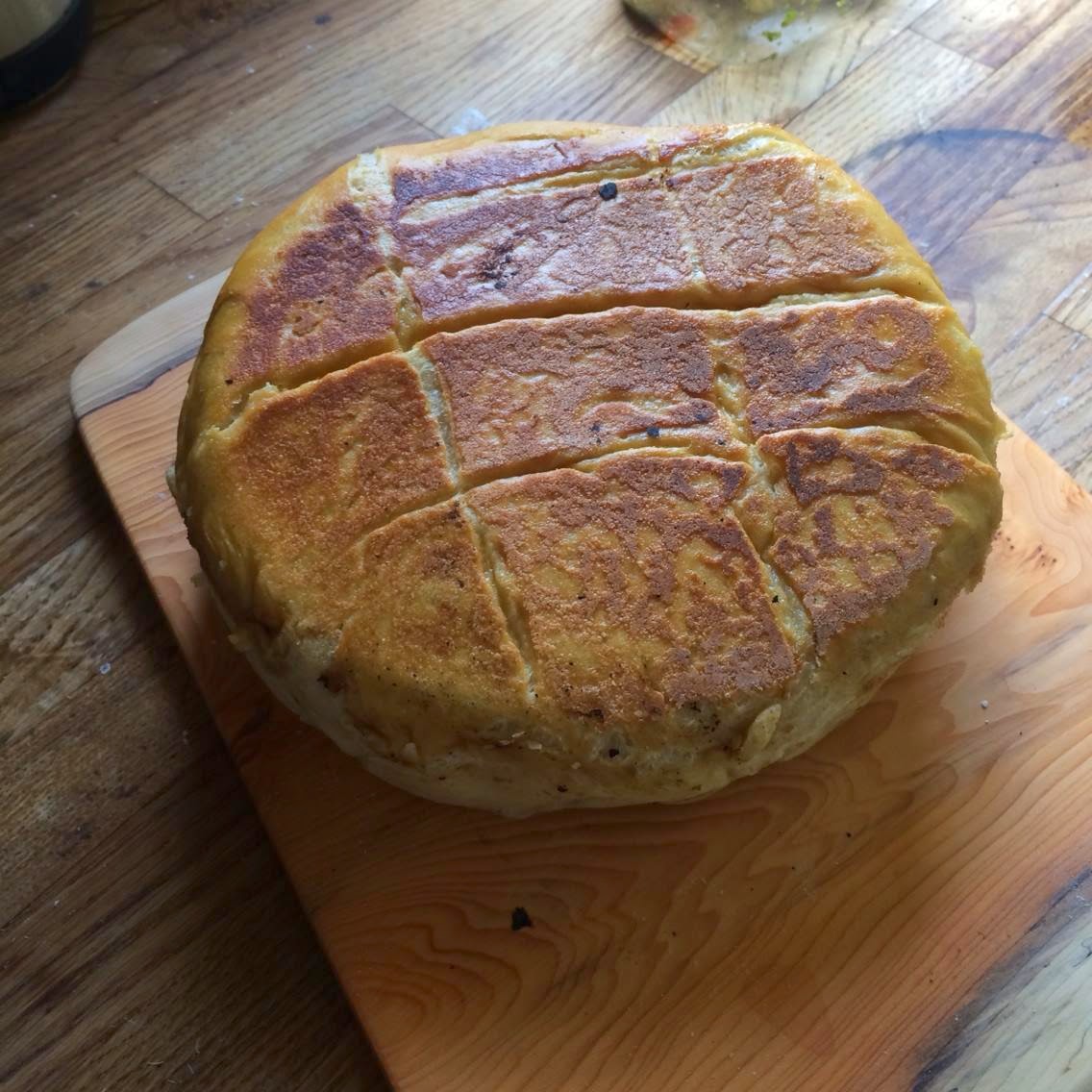 But the area of OKness in the loaf was quite narrow, between the charred base and the still doughy middle.

In fact, it was a complete failure. 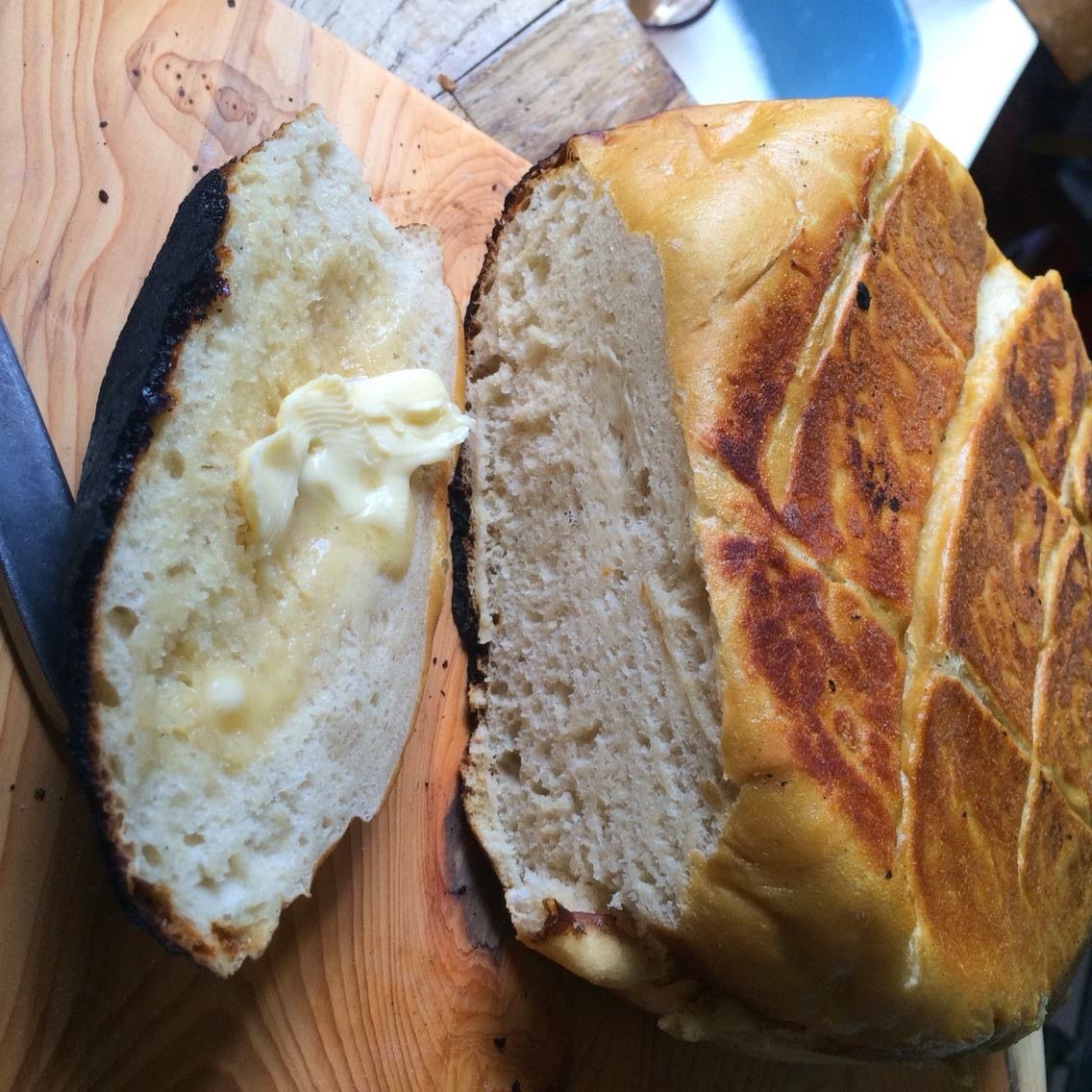 So I tried pressure cooking the bread instead. This is much less hassle, though I still dream of making bread over a fire, and shall maybe make a trivet to go in the stove to try again. But if you want to make bread with a pressure cooker, simply make dough in the usual way, let it prove, put it in a tin or a basin, stick it in the pressure cooker and steam it for ....well, in my case 20 minutes, which seemed about right. 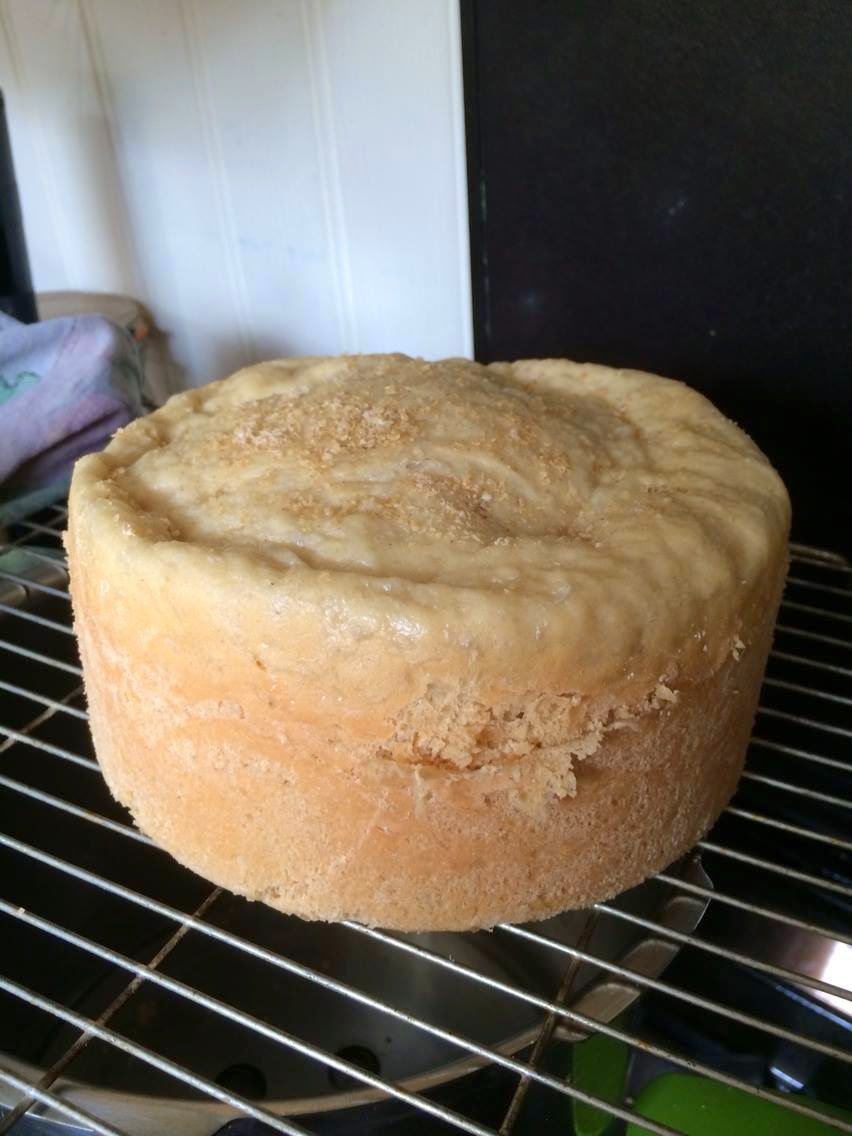 You'll have a loaf with a very pale skin (you could hardly call it a crust) and a texture rather like that of a bagel. 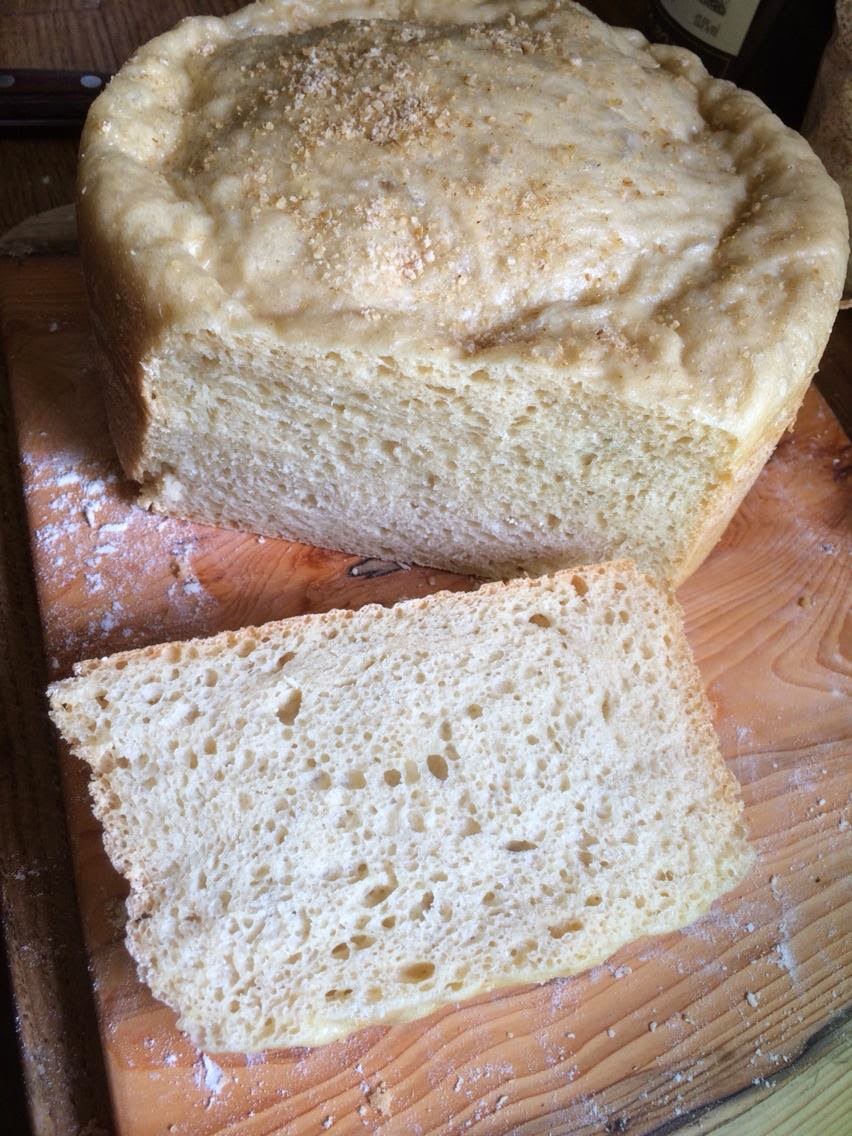