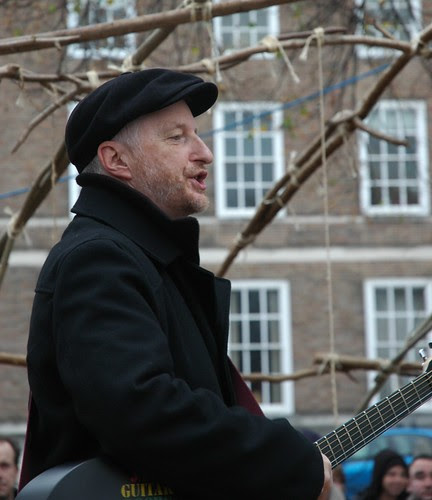 ....dropped into the Occupy Bristol camp. How could we not go along?


I met John Terry in the reference library, and when he'd finished his photocopying (another big poem in the pipeline) we went over to the camp and dismantled their workbench vice. As you do. I'd been tinkering with a dodgy wind generator on Saturday, and the vice was broken. Can't have that. 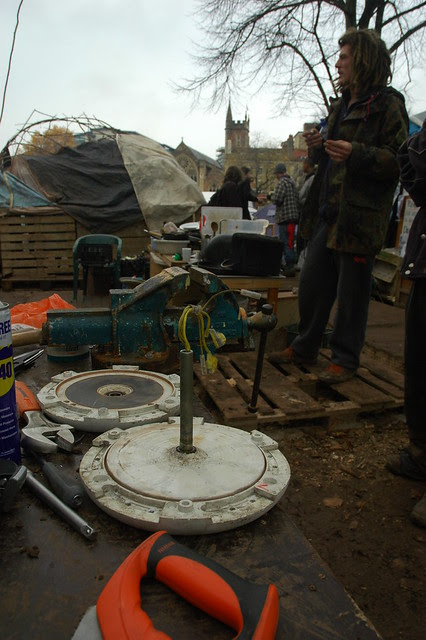 So we learned a lot about how a vice works, and enjoyed the music from round the corner. And were finished (well, it ended up less broken than it had been) in time to enjoy the last couple of numbers: "Waiting For The Great Leap Forward", with lyrics brought bang up to date


...and finishing with an unaccompanied singing of the Internationale. I joined in as best I could. "Dum de dum de dum....Freedom is merely privilege extended unless enjoyed by one and all. So come brothers and sisters, for the struggle carries on...." And clenched my fist with the best of them. 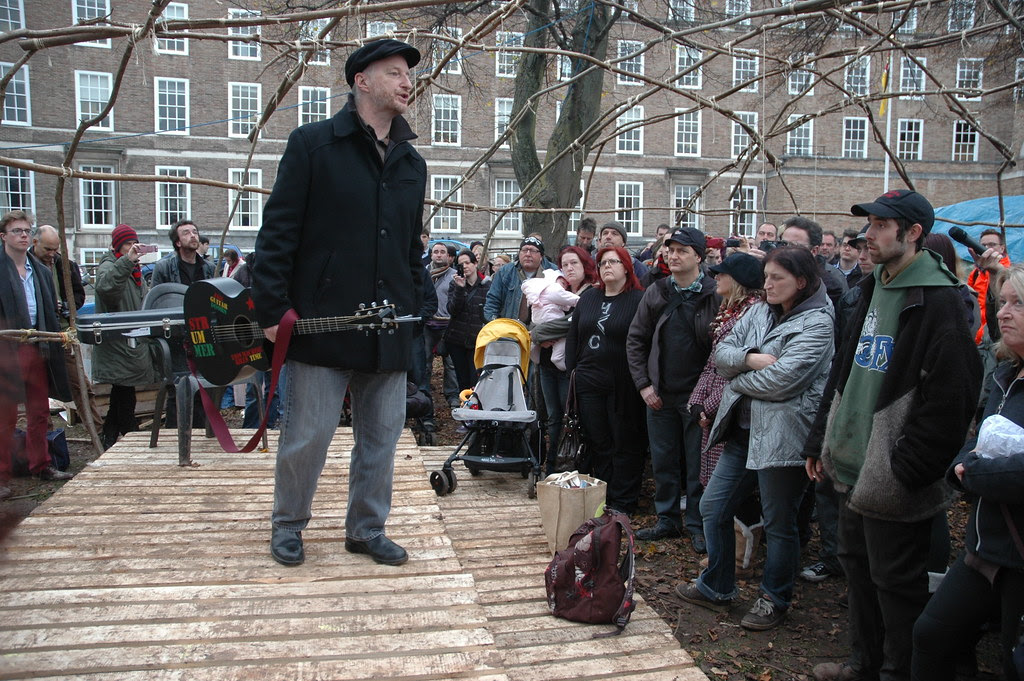 Pig the dog got her photo taken with another famous person. To think, only last week it was Prince Charles! (Prefer this one though....) 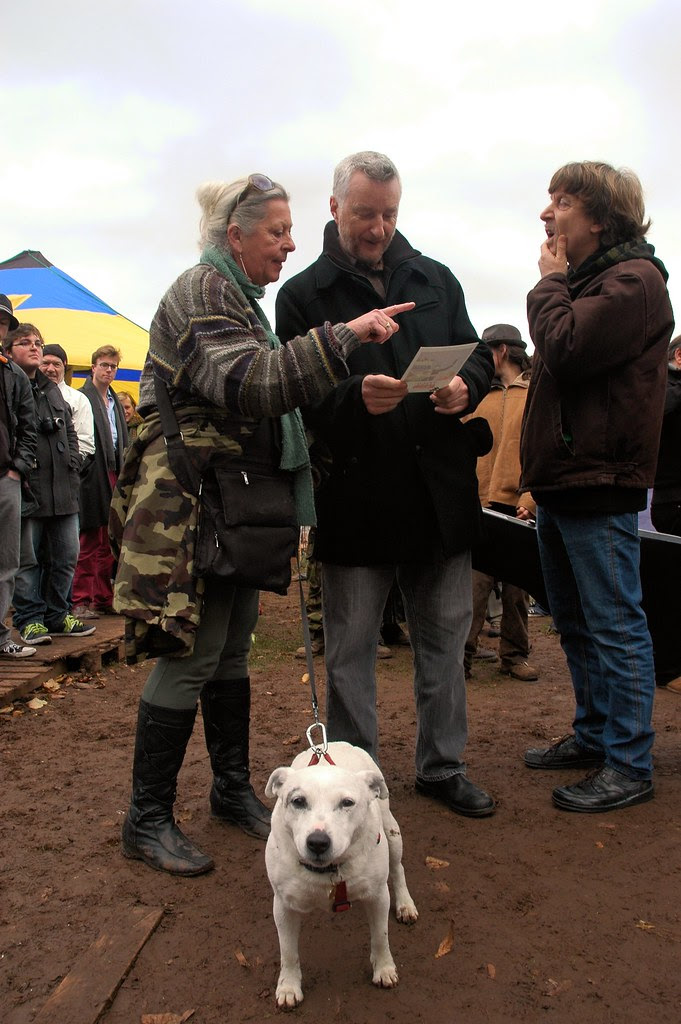