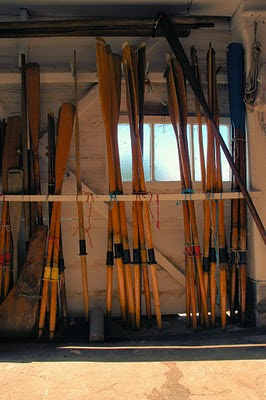 I was down at the scout hut on Redcliffe Wharf last night, for a reading by Philip Gross. It was a good location for his readings from The Water Table, whose subject matter is the Bristol Channel and its to-ings and fro-ings. The event was organised by Stephen Morris, editor of the Bristol Review of Books, who had kindly invited me. As he seemed a bit busy, I took over the galley, and doled out the wine at £2 the glass. Big glass, mind you. So I can authoritatively report that people who go to poetry readings all drink red wine rather than white, unless they drink Rooibosch tea.

Philip's voice was accompanied by the bells of St Mary Redcliffe, which were being enthusiastically exercised above us. Stephen closed the door out onto the balcony, which made not the slightest difference. A blackbird joined in from up on the roof above; and there was a regular low rumbling, like distant cannon fire, which I eventually identified as the sound of traffic on the bascule bridge. All in all, it kind of worked, as an accompaniment.

From my perch at the back of the room I watched the boats splash up and down Welsh Back - the rowing club was out practicing, and so were the Guides and Scouts. I saw the cormorants and Canada Geese swing by, the sky darken.

Later, walking back to the car, I met my friends from the Bristol Flickr goup, sitting outside the Ostrich pub. The Rag Morris people were dancing on the quayside right next to them, and the temptation for a group of people heavily accoutred with camera gear was far too great to resist; there was a regular broadside of flashguns going off, and the suggestion of a naval battle was further encouraged by the tattered costumes, suggestive of sails and rigging shot away, of the Rag Morris team as they danced The British Grenadiers. 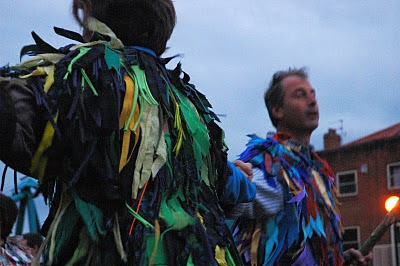