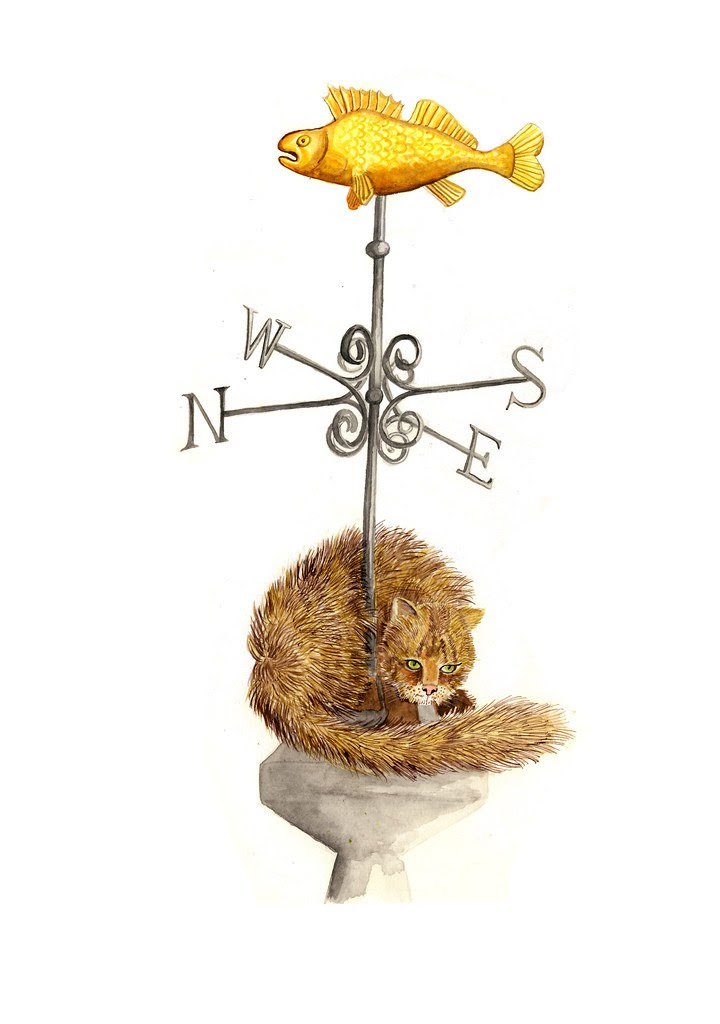 Picking Katie up from a party the other day, her friend's mother said "Do you know a poet called  John Terry ?"

I admitted that I do indeed know him.

They'd been Googling him, and found my pictures on Flickr.

They told me the story about why they'd been Googling for John.

Ten years ago, young L had asked "Can cats see the wind?"

This question was passed on to John, and he wrote this poem.

It is a nice story, and a nice poem, so I did this picture for it. The weather vane with a gudgeon on it is in Bradford on Avon, on the roof of the lock-up in the middle of the bridge over the Avon; I got the idea for that from Bella, who painted another weather vane in B-on-A the other day.
Posted by Dru Marland at 18:08