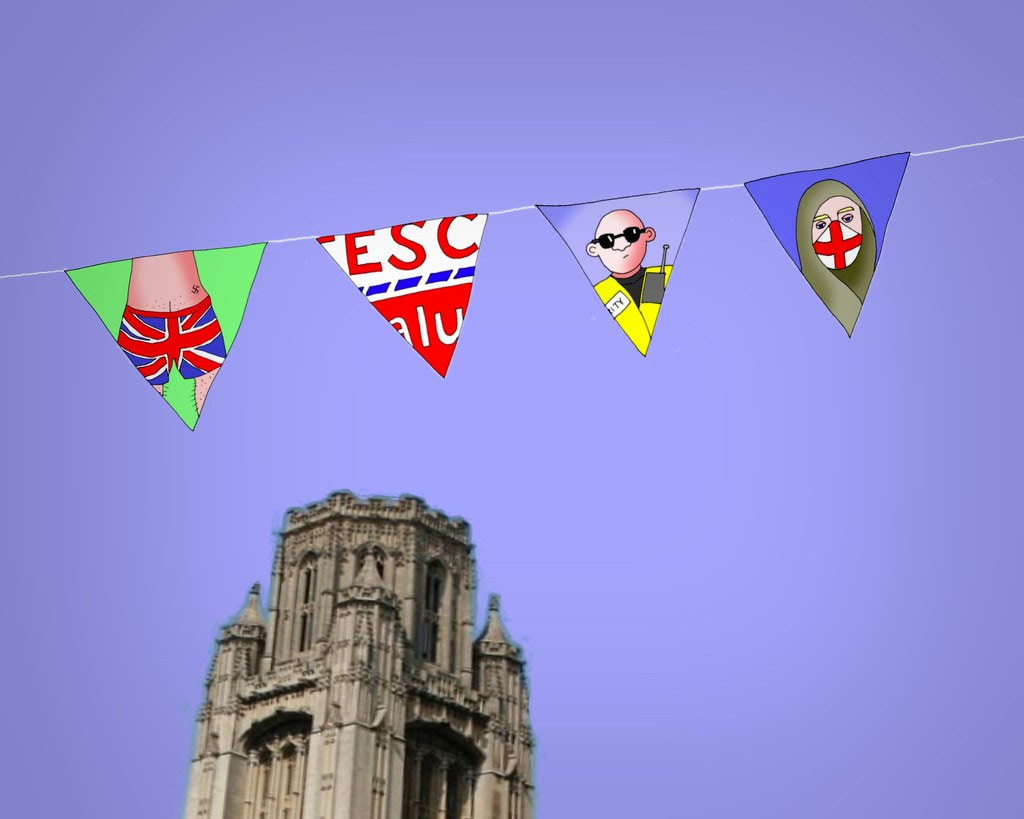 The drowsy hum of sewing machines wafts on the breeze, as industrious mums make yards and furlongs of bunting, and Aldi sells 'Keep Calm And Carry On'* Union Jack tat to brighten up the neighbourhood.

We got quite excited the other morning when the Olympic torch was carried past, just at the end of the road here. It was a bit late getting here, as they got lost near Nailsea. I watched from the front room window as family groups hurried past towards the Downs, yummy mummies chattering animatedly as they adjusted the Union Jack deelyboppers on the heads of their diminutive daughters, and seriously suited paterfamiliases barked into mobile phones as they dragged their reluctant golden retrievers behind them.

That's the good thing about living at the top of the building; I gaze down with Olympean detachment and some bemusement at the scurryings of the uncomfortably comfortable middle classes.

Then the flood tide had swept past, and only a few latecomers swung their cars into too-small spaces, glanced at the damage their bumpers had done, and dashed off; or parked across gateways and scampered lightly away without a backward glance. An unsuitably dressed man of generous girth huffed and puffed down the middle of the road. And all was hushed in the road.

Presently there was a distant hubbub of cheering, amplified music, and Tannoyed announcements, as the convoy of Coca Cola, Samsung and other sponsors' vehicles rumbled through Henleaze.

A blackbird sang in the garden. A jackdaw gazed down on the quiet road from the top of a pollarded plane tree.

My sympathies lie somewhere between the jolly flag-wavingness of it all and the 'stuff the jubilee' lot. In case you hadn't guessed. 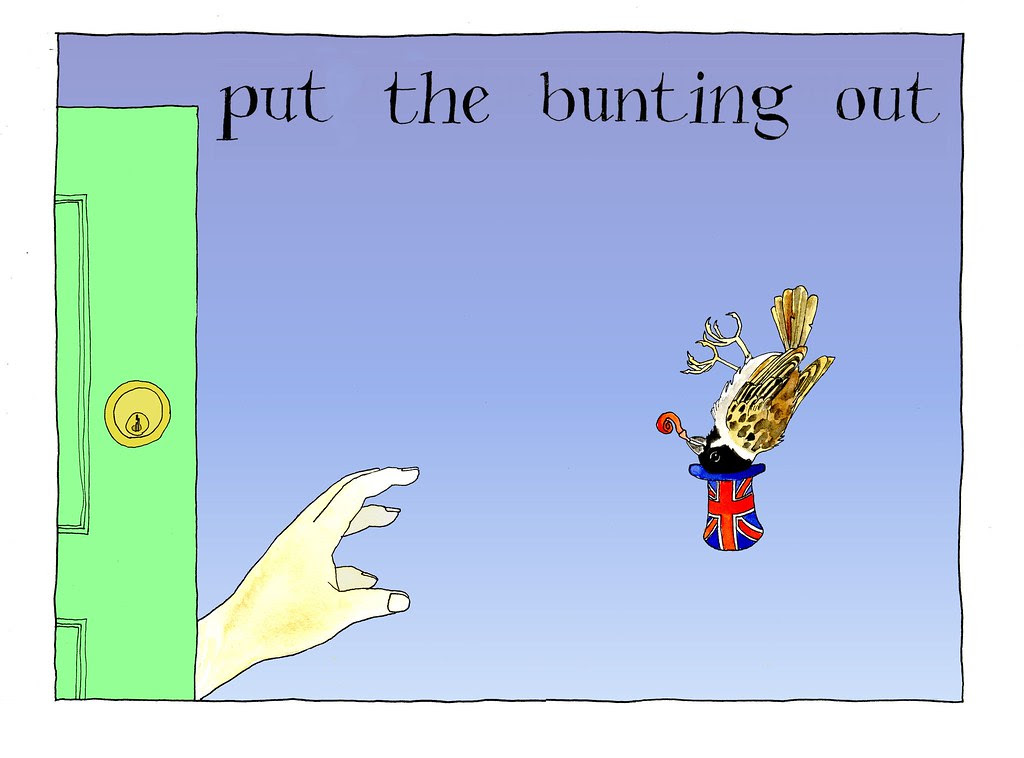 *I imagine it being spoken in a German accent, what with Aldi being a German company, and all. Keep calm und carry auf!