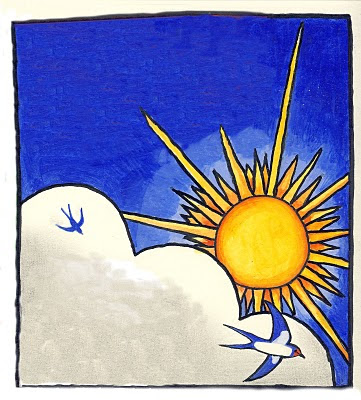 Crikey, it seems only last week that it was freezing cold.

That's because it was freezing cold last week.

Yesterday morning, though, I was driving through Flax Bourton (a small village to the west of Bristol, for those of you not watching in colour) and I saw two swallows. So I had to screech to a halt (must squirt something on those brakes) and jump out and watch to make sure. 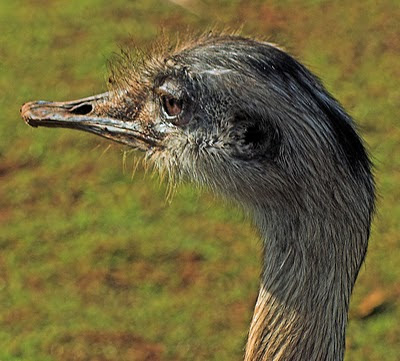 This is an ostrich, probably. You get them in Somerset, too.

And then I went round to Brendagh's, where I was servicing an Esse cooker. Which involved lots of scraping of soot and cinders, a lot of which ended up on me. This morning I have black snot. Urk. It was quite fun, though, as now I know how the stove works. And it is better than it was before I started. Which is very cheerful-making.