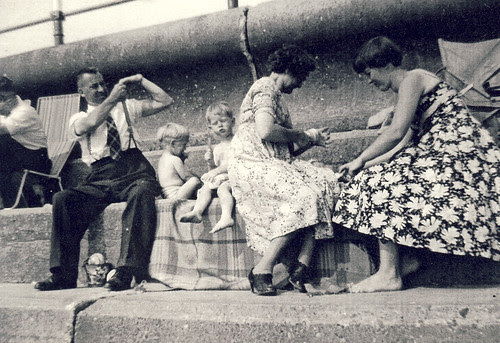 I was invited to participate in a special evening celebrating International Women's Day, at Acoustic Night, the fortnightly event at Halo in Bristol. I felt honoured, and more than a bit daunted; I've been trying to write something new for a while now, and as the evening approached, it was obvious that it wasn't going to be ready.

That wasn't the main cause of the dauntedness, though. That was more to do with the nature of my identity as a woman, and (to a lesser degree) as a poet. On the first of those, my position has been elegantly described by someone else (who prefers to remain anonymous, but thank you!) as 'like someone who has defected from one regime and has taken up residence in another. Figuratively, I now live quietly in my chosen state, bear its nationality, pay its taxes, carry its passport, perform any civic duty it requires of me, I am utterly loyal to it and will defend it to the last.' I do not take acceptance of my identity for granted, and it is nice, and affirming, to experience it in this way.

Anyway. It was a good evening, and there was lots of energy and positivity. I read a haiku, after describing my evolving relationship with my daughter, as she learns to be an adolescent and I learn to be a parent...

I wondered later if I should have read the poem I wrote about my mother. I have a bit of difficulty with this poem, and describe it as poetry-as-therapy, and therefore possibly best left alone. But then it also appeared in Becoming Drusilla. Though that is not the same as me introducing it. Anyway, it means something to me. Here it is.

I did not know it then, of course, but it was the last time I saw you.
It was just after my birthday, and I brought my model aeroplane to show you.
It was a Bristol Britannia.
It wasn’t the aeroplane I would have chosen, but I suppose father was preoccupied.
I should have preferred to bring you a Spitfire, a purer flying machine,
So that you would recognize the fighter ace in me.

You were pale and tired, in the hospital bed,
But you gave me a brave smile
As any fighter ace should,
Preparing for a sortie.

Now I think of those days out on the Moss,
Me sitting behind you on the bicycle
Afraid that my feet might get caught in the wheel,
But mostly happy and safe so close to you
While big brother rode on ahead.

And above the flat Lancashire countryside,
With its sudden smells of ditches and chicken manure and cabbage,
A vast world of sky
Made brilliant by the ascending skylark.