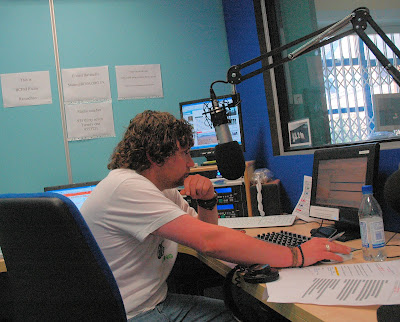 Geraldine and I went down to BCFM, Bristol's community radio station, to talk with Tom Bigwood about the Downs wildlife book. We got there very early, and had chance to talk with Tom while some music was playing. News had been breaking even as we had been sitting in the foyer of the radio station; a knifeman had been wandering around stabbing people, and there was much police activity. Apparently, he was arrested just down the road from the studio.

But we didn't let it get in the way of Spreading The Word. Geraldine mentioned that blackberries are in season on the Downs. I thought of mentioning the damsons, some of which are even now steeping in vodka in my kitchen; but hey, people don't need to know that. Some things need to be secret. Shhhhh. 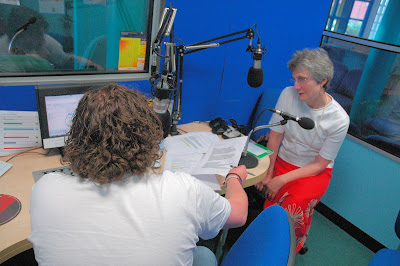