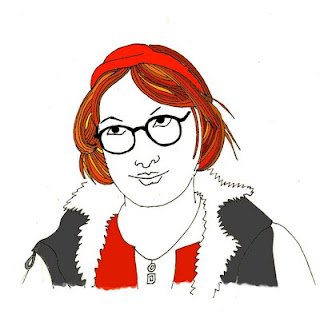 I am much too casual with my specs, given that they are such an important part of my life... I was reminded of this yet again last night as I was staring at a six-pack of baked beans in Tesco, wondering how much of a bargain they were, and Katie said, "Why are you looking at dog food?"

Driving home, we saw a great turmoil of dramatic clouds over in the direction of Wales, so as soon as we were inside, I scrambled up onto the roof to get a better look. There's been a lot of weather around lately, some of it involving cumulonimbus clouds, which are always nice to watch... from a distance.

And there, on the roof, were my missing specs, which I'd just resigned myself to having lost irrevocably. I must have put them down on the parapet while photographing balloons on Saturday morning.

It is very happy making, being reunited. It puts things into focus. Here is a haiku I wrote when I once got some new spectacles.

How finely woven
This spider's web by my head.
Thank you, nice new specs!


Here are some shots I took yesterday, spec-less obviously, for publicity stuff for a reading that Richard and I are doing later in the year. If you would like to express a preference for either or neither, I should be glad to hear your opinion...

Email ThisBlogThis!Share to TwitterShare to FacebookShare to Pinterest
Labels: haiku