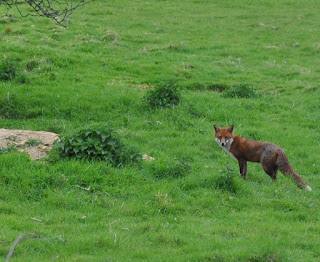 It was time to move on from Bathampton. We set off in a loose convoy, Netty and me; they preferred a more relaxed pace, and my boat has a big prop so even when idling it draws ahead. So they fell astern, and saw the muntjac that I missed. But they saw the fox at Limpley Stoke that I too saw, prowling around this warren. It was only a field away from where, two years ago, I saw a fox take a rabbit and go off perkily trotting up the steep road with dinner clamped in its jaws.

Approaching Diggers, an unusual animal swam down the side of the boat. I wondered if it might possibly be an otter- it was too big for a mink, and very grey. Most odd. It looked to be in trouble- had it been injured by someone's prop? -I went hard astern and secured the boat. The creature was by now floating still in the middle of the canal. I threw a bight of rope round it and hauled it to the side, then hoiked it out by the ears. 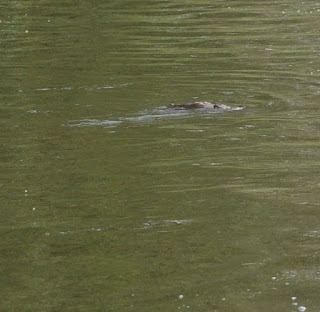 It was a rabbit. I was too late to save it, but by the gunk in its eyes and the blood in its ears, I guess it had myxamotosis anyway. 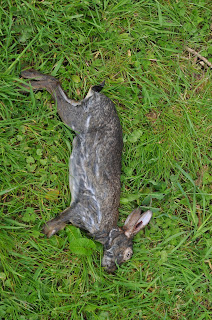 There were other adventures on the way to Avoncliff, but they were too exciting for me to have time to take photos. Helpful pedestrians, don't put your thumbs up as I approach an aqueduct, apparently indicating that the way ahead is clear, so that I turn the blind corner to see a hireboat bearing down on me. Thank you.

Early next morning I cycled back to pick up the car, setting off just as the sun was casting long low beams down the trees' tunnel. 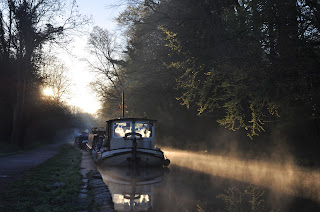 The crows had found a nest... 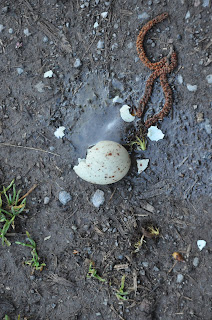 Spencer and Victoria on the coal boat had tied up at Dundas Basin, on their delivery run down to Bath (I'd already had my gas and diesel from them the evening before). 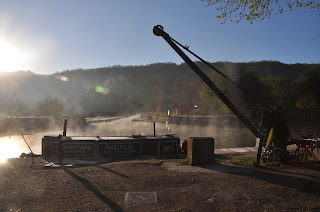 The dead rabbit had disappeared; presumably scavenged. Better than floating in the canal anyway; sometimes in the summer you will pass long-dead things bloated with corruption and stinking.

And it was the sort of morning when it seemed wrong to be indoors. Unless you were the lads on the hireboat whom I passed, stumbling frowstily onto the towpath clutching breakfast cans of Stella. Maybe they should have stayed indoors. "When every prospect pleases, and only man is vile..." 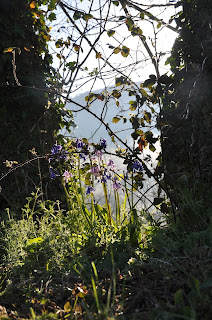