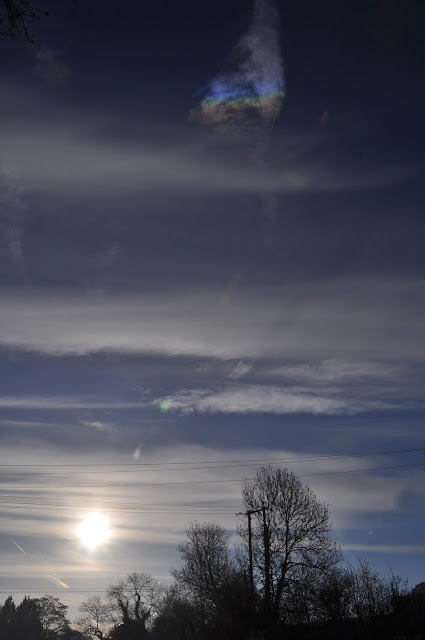 May Day dawned with something new in the sky. The high cirrus cloud had a rainbow in it. I tried to share my excitement with a passing jogger, who shrugged and returned to his Jogperson. Chris emerged from the neighbouring boat, and declared it auspicious. This sort of cloudy rainbow thing has a name, but I'm not quite sure what. Cloudy rainbow thing.

It was the day for Ted and Jassy's handfasting. The day before, the towpath had been a ferment of activity as they and their helpers scurried about making preparations for the civil ceremony. Ted tried and failed to get his Landrover running, so we drove to Trowbridge registry office in the Traveller. It turns out they know lots of those 1930s novelty songs that I'm so fond of too, and the journey was a bit of a singalong. 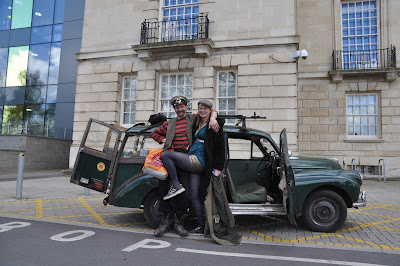 The hand fasting was a much more upbeat thing, in a field above the Avon valley. It was the first time I've been to a hippy boaty wedding, as it were, and it was terrific and moving. And I feel very lucky to be mixed up in such a fine community. 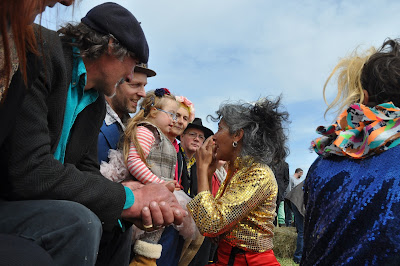 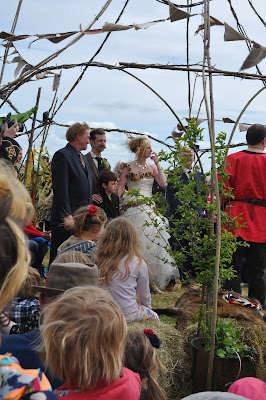