the Beast of Hallen Marsh 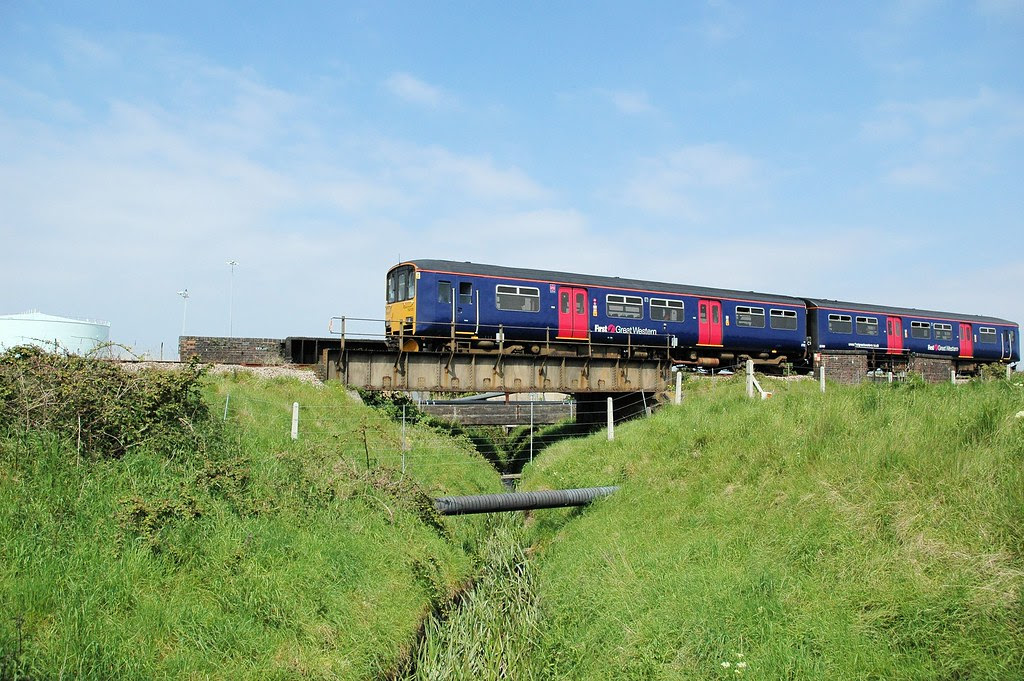 "I'm off to Avonmouth to pick up a switch," I told John. "Can I drop in and collect some books?"

That sorted, it was off to Screwfix for a 45A pull-cord switch for the neighbour's shower.

"Fancy a trip to Avonmouth?" I asked John.

45A pull-cord switch duly bought, we bimbled off into the industrial hinterland in search of adventure. It was hard to find anywhere to pull over, as most parking places were adjacent to security gates where large men in blue shirts were eating big sandwiches and reading the Sun. And it was a bit scary looking for somewhere, with big lorries and vans hurtling impetuously along, determined to get to wherever they were going just as soon as possible.

Over a railway bridge and round a corner, there was a gate and a grassy track leading past the big red fence which corralled a herd of big red diggers. And there was just enough room for a Morris Traveller. 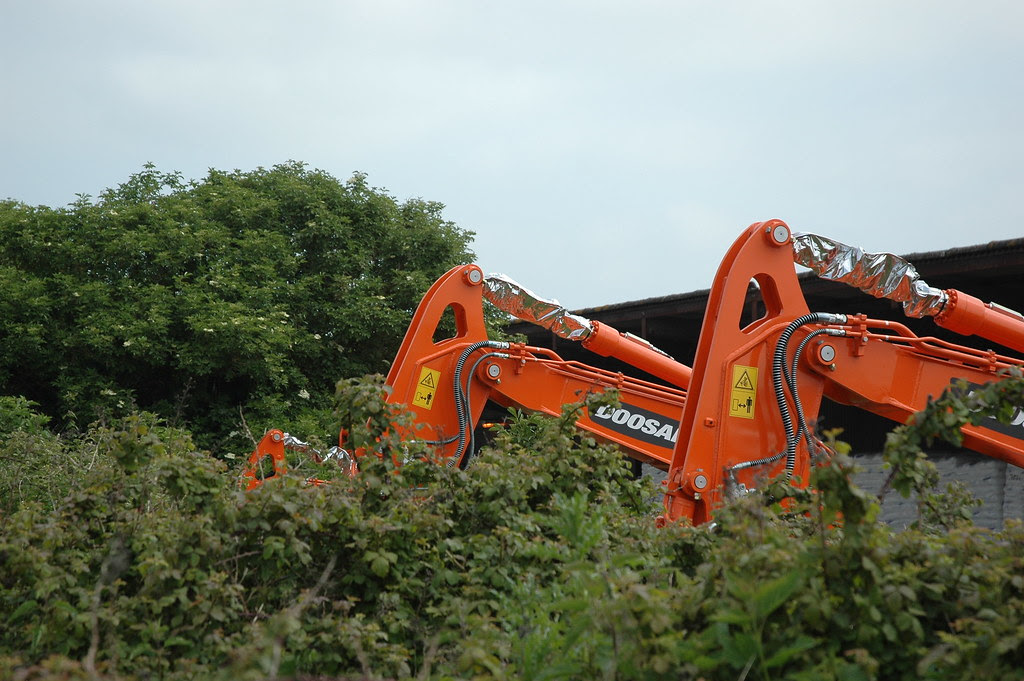 We pushed through brambles, disturbing orange-tip butterflies. A bird was churring from the scrub. "A reed warbler!" I said. "First of the year for me!"

I like reed warblers. I remember hearing the urgent call of one in Pembrokeshire, in April 2001, and wondering what it might be; and in the course of finding out, decided it was time to learn which songs belonged to which birds. A process that's still ongoing. 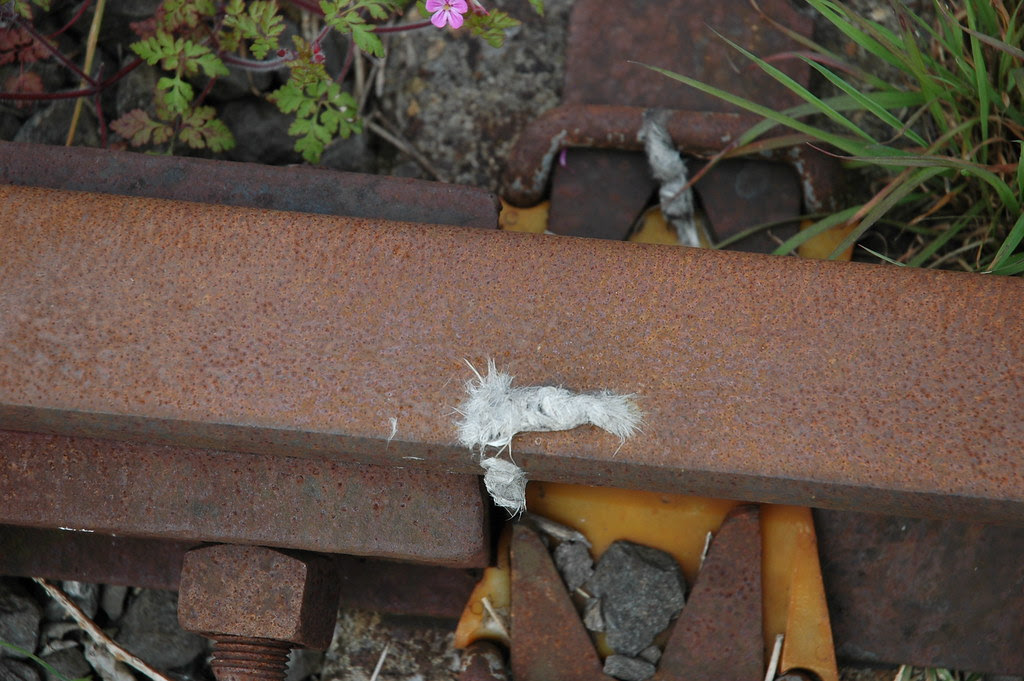 We passed some hairy pellets, hiccuped up by a buzzard. And then a headless skeleton. We wondered what creature it might have belonged to; but the skull was missing. Maybe a dog? A fox? I didn't take a photo of it, because I am reticent at photographing the mortal remains of a creature. So now I'm wishing I did. So that skeleton is The One Thing I Wish I'd Taken A Picture Of, without which no trip is complete. 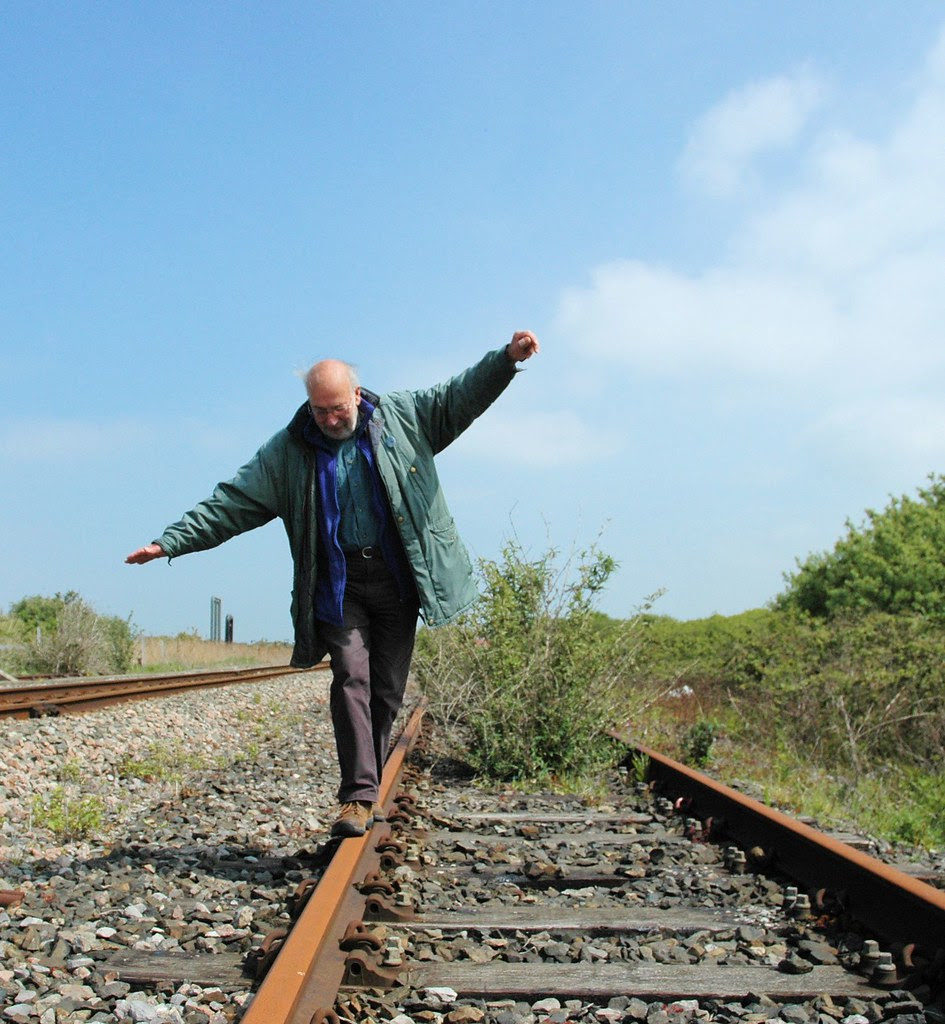 A little further on, a small plaque on a railway sleeper marked the boundary of territorial responsibility for Railtrack. Further progress along this disused track was discouraged by the Beast Of Hallen Marsh, its red eyes glowing from the bushes, as they have done for years and as they will do until the final trump, or the end of days, or at least until the time they switch it off. 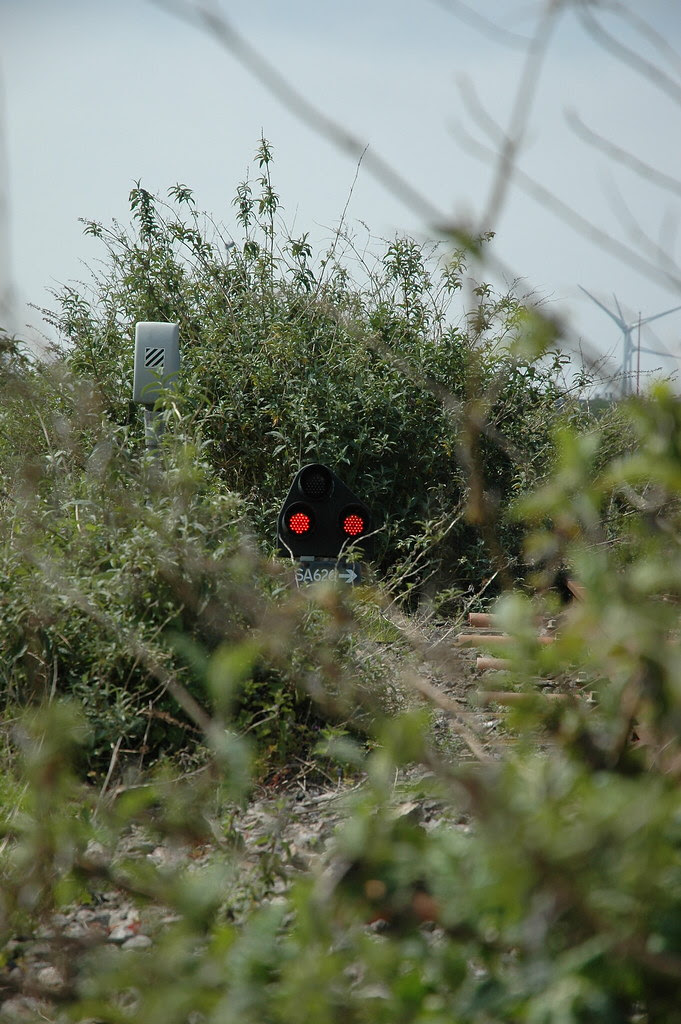 We looked across towards the shore of the Severn, beyond the oil tanks and gantries, and saw no way through. There was a rackata rackata rackata sound, and along came the Severn Beach train. "That reminds me, I should renew my Friends of Suburban Bristol Railways subscription," said John. "It's only a few pounds, and it'll cheer up Julie Boston."

The day had been getting warmer and warmer. It was now hot. We headed back to the car.
Posted by Dru Marland at 07:08